‘Chopsocky’ superstars at the Chinese fest 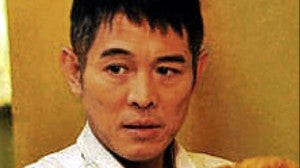 It’s the biggest edition of the Spring Film Festival, now on its sixth year at the Shangri-La Plaza mall, according to its organizers.

The audience for the annual film event—which showcases award-winning and popular films to usher in the Chinese New Year—has grown steadily through the years, said Rosita Leong, founder of Ateneo de Manila University’s Ricardo Leong Center for Chinese Studies, one of the fest’s organizers, along with the Confucius Institute.

On its sixth year, the fest will screen six movies (“Ocean Heaven,” “Lost on Journey,” “Country Wedding,” “Confucius,” “Bodyguards and Assassins,” “King of Milu Deer”) in 10 days, from January 20 to 29.

There will be simultaneous free screenings in Visayas and Mindanao—at the Sacred Heart School in Cebu starting tomorrow until January 22, and at Ateneo de Davao from Jan. 24 to 25.

All screenings are for free.

“We’ve teamed up with the Chinese Embassy in Manila,” said Sidney Bata, director of the Ricardo Leong Center.

In “Ocean Heaven,” Li plays the dying father of an autistic child.

Chow portrays the Chinese philosopher Confucius in the bio-pic which shows the icon’s human side.

“Lost on Journey,” Bata explained, is quite timely as it is set during the New Year holidays which witness the biggest annual human migration when millions of Chinese return to their hometowns. The comic road movie is about friendship.

Adding a touch of romance is “Country Wedding,” which shows the differences (and similarities) among urban and rural folks as they prepare for a momentous family occasion.

Also noteworthy is the inclusion of a 3-D animated film, “King of Milu Deer,” which sheds light on environmental concerns.