Josh Brolin is cinema’s man of the hour with 2 Marvel characters, Thanos and Cable | Inquirer Entertainment

Josh Brolin is cinema’s man of the hour with 2 Marvel characters, Thanos and Cable 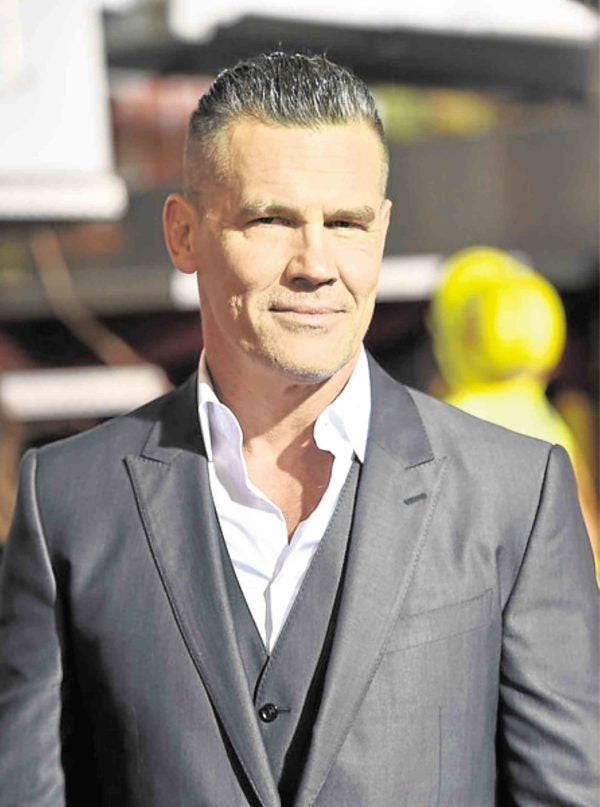 In an instant, the actor—respected for his roles in serious films such as “No Country for Old Men,” “Milk” and “Inherent Vice”—is capturing many moviegoers’ attention because of his outsize (literally) super foes in “Infinity War” and “Deadpool 2.” Thanks to Josh’s performances, Thanos and Cable are not disposable antagonists, definitely not forgettable as soon as you get out of your local cineplex.

Josh is equally unforgettable as Cable, a time-traveling warrior, who is a formidable adversary to Ryan Reynolds in David Leitch’s “Deadpool 2.” 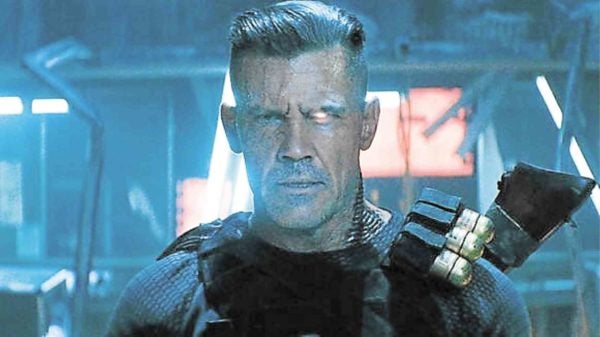 Brolin as the gun-toting Cable, a soldier from the future

Interviewed via Skype while he’s in London, Josh engaged us in a laughter-filled chat.

The 50-year-old married model Kathryn Boyd, his former assistant, in 2016 following his divorce from actress Diane Lane. He has two children, a son and a daughter, with ex-wife, actress Alice Adair.

The “Avengers: Infinity War” script was such a secret that some elements surprised even you when you watched it for the first time. Can you give an example of what you did not expect? Yeah, the fact that everybody was dissolving because of me (laughs).

You are suddenly the man du jour. Did you have a master plan in your career trajectory or did you just do what you wanted to do? I have always done what I wanted to do, even when I wasn’t perceived as quote, doing well, unquote. There was no ambition to make the most money or be the most popular actor. 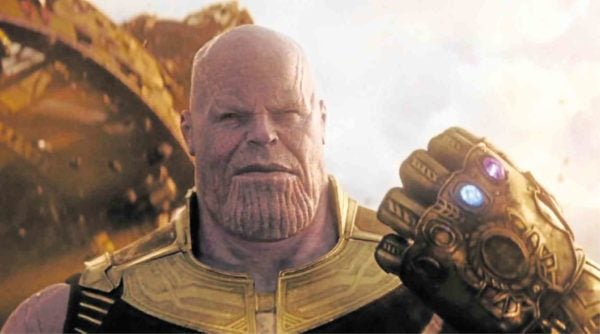 The actor as the genocidal Thanos in “Avengers: Infinity War”

What about in your personal life? How do you deal with being recognized? If somebody recognizes me, I am willing to go home with them (laughs). And meet their families.

What does Mr. James Brolin, your dad, think about your new superhero status? I loved my dad’s response to “Infinity War,” which I was totally blown away by. He said, “I didn’t get it” (laughs). So that put me on a real humble level. I can’t get too narcissistic around him, which is a good thing (laughs). But he sent me a thing recently that the movie was the quickest to reach one billion dollars and all that. So I think he is giddy with that fact.

Which do you enjoy playing more—superhero or supervillain? I have never been a superhero. Well, Jonah Hex. But I felt like I hurt more people as Jonah Hex, than I ever could with “Infinity War.” People say villains are the only colorful, complex roles. I just think that if the character is not colorful, it’s the lack of imagination from the actor in any role, because any human condition is colorful, period.

Speaking of “No Country for Old Men,” if you had a choice, would you rather make that kind of film? There’s no difference to me when I did “No Country …” and “Infinity War.” It’s the same kind of prep and mentality. It’s the story that interests me.

Since Cable is a new character, how much freedom did you have to create him? And what do you like about him? I know at the end of the first “Deadpool,” which I had totally forgotten, there was this presentation and the tag was like, we are going to have Cable and everybody was like, no way! I was like the one guy on earth who was like, who’s Cable (laughs)? Is he cool? I had no idea. I was a comic book fan, but not a fanatic.

I was in the middle of doing “Avengers” and I was tired. They came to me and said, “There’s somebody who dropped out. Do you want to do this? Ryan Reynolds is very interested in you doing it.” I said, “Ryan Reynolds from ‘The Proposal’ (laughs)?”

And then my wife, thank God, she was the one who said, “Why don’t you shut up and read it?”

I read the script and I laughed for two hours. I thought it was really fun. I felt like it was a full regression and I was 6 years old again and that I had missed out on this whole childhood that I deserved.

Would you like to be known as the guy from what movie? What I like is, I am the confusing actor and I want to stay the confusing actor and people will be like, “I really liked ‘No Country …’ but I thought ‘Infinity War’ was really great. I thought ‘Deadpool’ was really fun. But God, what was he doing in ‘Old Boy?’ And why did he play Bush? And didn’t he kill all the people in ‘Milk’?”

It’s cool that a big super macho character is carrying a little teddy bear in “Deadpool 2.” Did you take that home as a souvenir? I did take that one home.

Cable traveled through time. If you could do the same, who would you travel through time for? This singer named Barbra Streisand (his legendary stepmom). I usually listen to her songs alone and they really work for me. If my dad was not married to her or something like that (laughs), I would like to go back in time and be married to her myself.

There’s a lot of conjecture about the title of the next “Avengers” movie. Have you guys actually been told and are you just keeping the title a secret? They don’t tell us s**t, man (laughs). Literally.

You are also in “Sicario: Day of the Soldado.” The first “Sicario” was very good. What can you talk about on this second one? It’s good. We had a tough time making it. We had a new director (Stefano Sollima), a different DP (Dariusz Wolski) and Emily Blunt wasn’t there. So we were trying to figure out the dynamic. This one becomes much more personal between Benicio del Toro and me.

Can you also talk about the “X-Force” movie? I have never signed on for multiple movies. But this one, I said yes because of my respect for Ryan and my love for this irreverent, satirical tone. He said, “This is more of an introduction for Cable, and then we will get into ‘X-Force’ where you are the leader.”