Reconciliation in the offing? John Cena still wants to have family with ex Nikki Bella 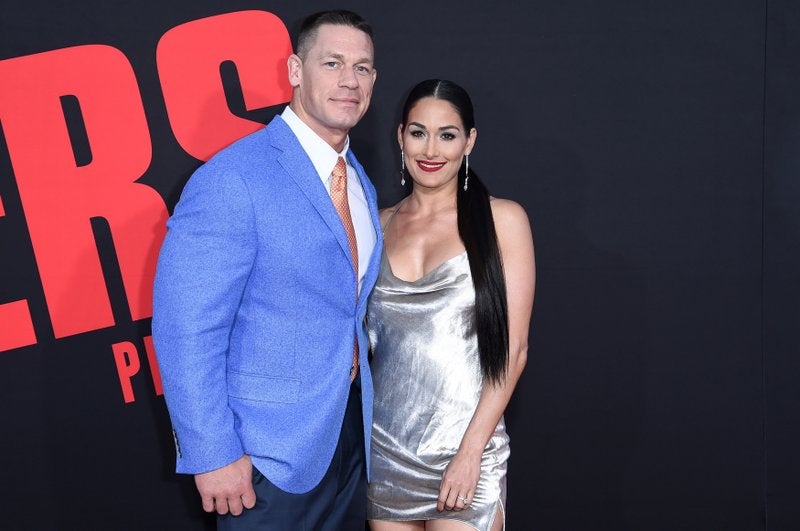 The “Blockers” actor confessed on “The Today Show” last May 14 that his love for World Wrestling Entertainment (WWE) wrestler Nikki Bella hasn’t waned.

The couple dated for six years in a relationship publicized on Bella’s reality shows “Total Divas” and “Total Bellas.” Cena popped the question in April 2017 in WrestleMania.

Their unexpected breakup was announced on April 15, just weeks before their wedding day.

“There was an unfortunate set of circumstances where our relationship ended. There’s been a lot of speculation recently about me being seen in public, and everyone’s been like, ‘Oh John Cena’s enjoying the single life.’ No, I was supposed to be married and have a honeymoon over these two weeks,” he said.

“I am in my house alone surrounded by these emotionally strong memories. And every day from 6 to 9 I get out of the house and talk to strangers as social interaction.”

In previous years, Cena had been adamant that marriage and children weren’t for him, while Bella stressed that she wanted a family. This difference in views could have been behind their breakup, according to some rumors.

He also expressed that he still wanted to make their relationship work. “I don’t want anybody else. I love Nicole and I’m really trying to support her in her trying to find whatever it is she wants that made this fall apart in the first place.”

Bella told Extra that she was “speechless” after learning of Cena’s heartfelt words. She also shared to Entertainment Tonight that “there is hope” of them reconciling but that she wants to focus on herself for the time being.

A “Total Bellas” promo clip released yesterday revealed Bella stating that she felt lonely because of spending time apart from Cena. “To be honest, since we’ve gotten engaged, John and I have probably shared our bed together maybe 30 days total out of six months? Or 40 days?”  Niña V. Guno /ra

Read Next
LOOK: Kris Aquino hurts knee on her way to vote, blames her ‘clumsiness’
EDITORS' PICK
Urban poor struggle to adapt as rising seas threaten to remap Metro Manila
Don’t use military to threaten people, Robredo tells Duterte
PH logs 20,755 new COVID-19 cases; no deaths reported again due to glitch
Huawei’s relentless mission to bring ultimate health and wellness tracking for your fitness goals
Smart reaffirms 5G leadership as PH’s most reliable 5G mobile operator
Smart powers Liga Adarna Season 4: Race to the Top
MOST READ
Group rallies support for Robredo as she calls for a united opposition
Trillanes to give Robredo until last day of COC filing before finalizing presidential bid
Bong Go says he is not seeking presidency in 2022
It’s clear Marcos camp is afraid of Robredo after losing to her thrice — OVP spox
Don't miss out on the latest news and information.