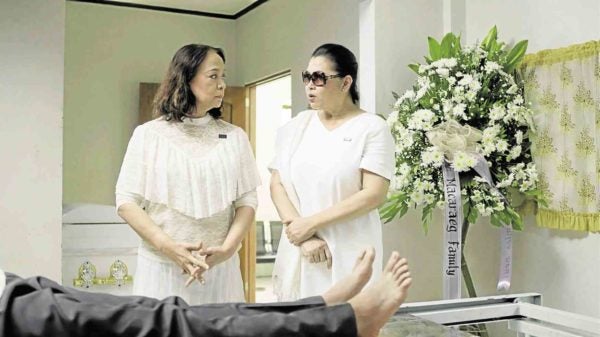 Two Filipino films will be shown at the 44th Seattle International Film Festival in the United States, from May 17 to June 10.

As political and natural calamities loom on the horizon, a precocious 8-year-old kid, played by Jana Agoncillo, turns to a “magical pen” to help anxious adults cope with their unending woes.

The fest’s website points out that this “quietly colorful tale celebrates the quirky wisdom unique to children, as they try to make sense of the turbulent world around them.”

On the opposite side of the age spectrum, Rae Red and Fatrick Tabada’s “Si Chedeng at si Apple” chronicles the misadventures of two golden girls, as they go on the lam, in this “absurd but heartfelt
Filipino comedy.”

The fest’s website lauds Red and Tabada’s movie as “unbending in its hilarity,” adding that viewers “will find much to root for between these two criminals,” as portrayed by esteemed screen veterans, Gloria Diaz and Elizabeth Oropesa.

Screenings for Red and Tabada’s movie are scheduled on June 9 and 10.

The two films are products of last year’s Cinema One Originals fest.

“This is a pleasant surprise,” Cinema One festival director Ronald Arguelles told the Inquirer. It was an unexpected bit of news as he had been busy with the cable channel’s latest projects (the movie “Single/Single” and a slew of summer events). “But I’m happy that these films are making the rounds of international festivals since these directors are exciting, young voices of Philippine cinema. With these films, the audience will hopefully see Filipino films in a refreshing new light.”

Seattle’s Asian Crossroads section takes viewers on a journey across the continent, giving them a peek into “faraway places and lush cultures.”

This year’s edition “continues the tradition of representing several Asian countries, from bustling metropolises … to quaint countryside villages, bubbling with stories to tell.”

According to its website, the Seattle fest aims to “create experiences that bring people together,” allowing them “to discover extraordinary films from around the world.”