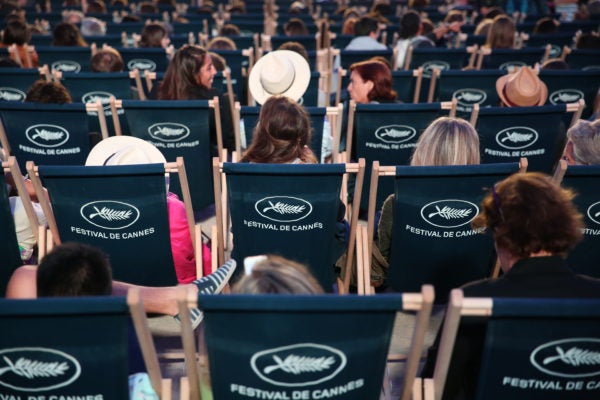 Chairs were left poignantly vacant for two absent filmmakers whose films are in competition for the Palme d’Or at Cannes. Both Iran’s Jafar Panahi and Russia’s Kirill Serebrennikov were unable to attend their red carpet premieres because both are barred from traveling out of their home countries.

Their absence has put the Cannes spotlight on two cases of artist censorship, their defenders say.

Both were loudly applauded in absentia at their premieres. At the festival news conferences for each of their films, an empty seat was placed in the center of the panel, with a placard bearing the director’s name in front. At the premiere of Serebrennikov’s “Summer”, his cast held up a large sign with the director’s name on it.

The Russian filmmaker, who is also a prominent theater director, was arrested last August at the tail end of shooting “Summer”, a raucous and romantic period drama about the rock scene of early 1980s St. Petersburg. Serebrennikov has been accused of embezzling $2.3 million in Russian government funds through his theater company. He calls the charges “absurd,” but has been confined to home arrest in his Moscow apartment, where he edited “Summer”.

Panahi has been banned from traveling outside Iran since he was arrested for participating in “propaganda against the regime” in 2010 after supporting mass protests over the country’s disputed 2009 election.

He was banned from making films but has found creative ways around the restrictions. He used an iPhone to make his 2011 movie, “This Is Not a Film”, which also premiered in Cannes. His “Taxi” (2015), which won the Golden Bear award at the Berlin Film Festival, was shot entirely inside Tehran cabs.

Panahi’s “Three Faces”, which premiered Saturday evening in Cannes, stars Panahi himself along with veteran actress Behnaz Jafari. It’s a more elliptical mediation on Iranian women, explored as a road movie about three actresses. It was made with virtually no budget and stars two daughters of Panahi: Solmaz and Behnaz, who attended the Cannes premiere.

Tuesday’s opening night movie at Cannes was also an Iranian film, from the Oscar-winning Asghar Farhadi. At his news conference Wednesday, Farhadi pleaded with the Iranian government to allow Panahi to attend Cannes. He said that being allowed to come to the festival while Panahi was prohibited “is something I had difficulty living with.” In an interview later that day, Farhadi said Panahi texted him to thank him.

The appeals did not bring Panahi to Cannes, nor did the festival’s entreaties to Vladimir Putin to allow Serebrennikov to attend his premiere. Ahead of the news conference for “Summer”, a festival official announced that Cannes received a letter from Putin saying that the Russian president “would have been pleased to help, but in Russia justice is independent.”

“We think it’s a completely ridiculous accusation and it should not take place,” said Stewart. “As to global politics, I think that’s not our place to comment. I think it’s a very complicated world at the moment, to be honest.”

But Stewart spoke passionately about the missing Serebrennikov, saying: “We woke up to find that our director was not there anymore.” He said the director’s situation is “a national discussion” in Russia.

“Summer” is based on the true story of famous Russian rocker Viktor Tsoi, and the film captures the fraught distance between the era’s rock musicians and Soviet society. Musicians are frequently shown battling for lyric approval to perform at the city’s sole rock venue.

“Anything Kirill does in his work, whether it’s ballet, theater or any of his films, regardless of it being a period film or not, is about today,” said Stewart.

Mohajer said that “Three Faces” is itself a message from Panahi.

“All three of us, the mere fact we’re here shows how he empowers women. We feel very empowered to be here,” the film editor said, referring to herself and the Panahi sisters. “That’s the message he wants to send out to Iranians and the entire world.” CC