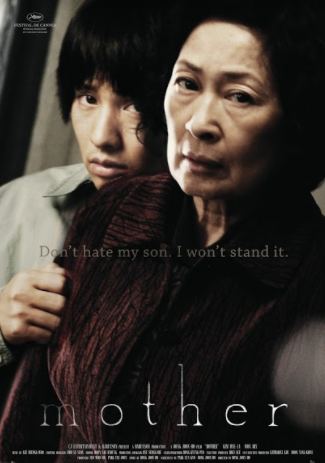 When people start talking about their favorite Korean shows, more often than not, the conversation will eventually include that one K-drama mother who is just the worst.

From the borderline toxic mother of Gu Jyun Pyo of “Boys Over Flowers” to the evil Song Cha Ok of “Pinocchio”, these roles have pulled out raw emotions from fans that have them swearing in frustration.

However, in celebration of Mother’s Day, Viu is here to prove that anger and frustration aren’t the only emotions that Korean drama and Korean movie mothers can have us experience.

Here’s a list of Korean dramas and movies proving that not all K-mother roles are out for blood; but rather, most K-moms are strong-willed and determined to do whatever it takes for their children.

1. Shim Jae Bok of “Ms. Perfect”
The drama focuses on the struggles of Shim Jae Bok in her journey to regain her self-respect as a woman and as a mother, as she lives a life with no love or money, subjecting her to extreme trials that challenge her morale.

2. Jung Hye In of “Wanted”
The Korean-drama “Wanted” shows the lengths that a mother will go for her children. On the day of Jung Hye In’s retirement as an actress, her son, Hyun Woo, is kidnapped and the culprit demands that Hye In hosts a live reality show entitled “Wanted”, wherein she will have to carry out various missions every episode for her son.

3. Na Young Sil of “Father Strange”
A feel-good take on K-drama, the show focuses on everyday struggles and successes of the family of the forgiving mother Na Young Sil.

4. Shin Young Ju of “Whisper”
This revolves around the story Shin Young Ju and her journey to take revenge at a corrupt law firm and abusers who had wrongfully accused her father.

5. Kim Jung Young of “The Guardians”
Left with nothing when both the police and the prosecution decided to drop the case, nothing much is left to do than take justice into their own hands: hacking into CCTVs, computers and phones, the victims keep their eyes on the culprits and anticipate their actions beforehand to stop them and finally achieve justice.

6. Kang Hye Soo of “Marriage Contract”
Kang Hye Soo is a true example of a mother who will do anything for her children even if, and especially when, the world had seemingly turned its back on her. Having been widowed and diagnosed with brain tumor, Hye Soo begins her search for her daughter’s caretaker.

7. Kim Hye Ja of “Mother”
One musn’t challenge the protective instincts of a mother. In the K-drama “Mother”, Kim Hye Ja’s mentally challenged son is accused of being a prime suspect in a murder, and Hye Ja does everything in her power to clear her son’s name.

8. Kim Dong Bae’s mother from “Return”
Four upper-class individuals become prime suspects when a corpse is discovered in the middle of nowhere. The case is assigned to Detective Dok Go Young and Atty. Choy Ja Hye, and it is up to them to shed some light on what truly happened on the day of the murder.

9. Choi Yoo Jin from “The K2”
The series revolves around Kim Je Ha, a former mercenary soldier who is accused of murdering his lover, Raniya. He becomes a fugitive who escapes to South Korea and is assigned to become a body guy of Choi Yoo Jin, wife of presidential candidate Jang Se Joon. Yoo Jin displays immense trust and affection for Je Ha; it is however, in the expense of others, leaving viewers with a love-hate relationship with the role.

10. “Mom’s Diary”
Mom’s Diary is a Korean variety show that allows mothers to have a closer look at the daily lives of their celebrity sons. JB

Celebrate Mother’s Day by watching all these on Viu! Just text VIU ON 99 to 2948 for Globe and TM subscribers. Upgrade now to Viu Premium to experience unlimited download offline, eight hours after Korean telecast and HD viewing!