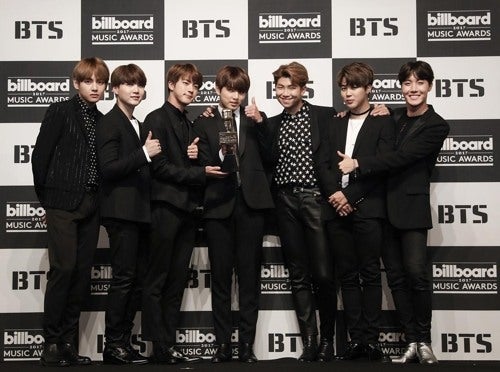 BTS (Bangtan Sonyeondan or Bulletproof Boys) continues to make history as they will become the first K-pop group to perform at the Billboard Music Awards next month.

Billboard took to social media to make the big announcement and it has thrilled ARMYs (BTS fandom name) all around the world, as the hashtag #BTS_BBMAs trended worldwide.

In addition to the announcement, it has been confirmed by Billboard that BTS will be performing their new single. However, no details about the song’s title has been revealed yet.

This is the second time the seven-member K-pop boy group will be making an appearance in the American awards show. They attended the 2017 Billboard Music Awards ceremony where they won the Top Social Artist Award.

BTS has recently announced that they will be coming back with a full album on May 18. The album is entitled “Love Yourself: Tear” and is the second installment to their “Love Yourself” series. JB

You can catch your favorite BTS performances and other Korean dramas and Asian movies on Viu! Get Viu Premium now and enjoy unlimited downloads offline, HD streaming and priority viewing. Just text VIU BUY 30 to 2948 for only P30 per month for ALL NETWORKS.