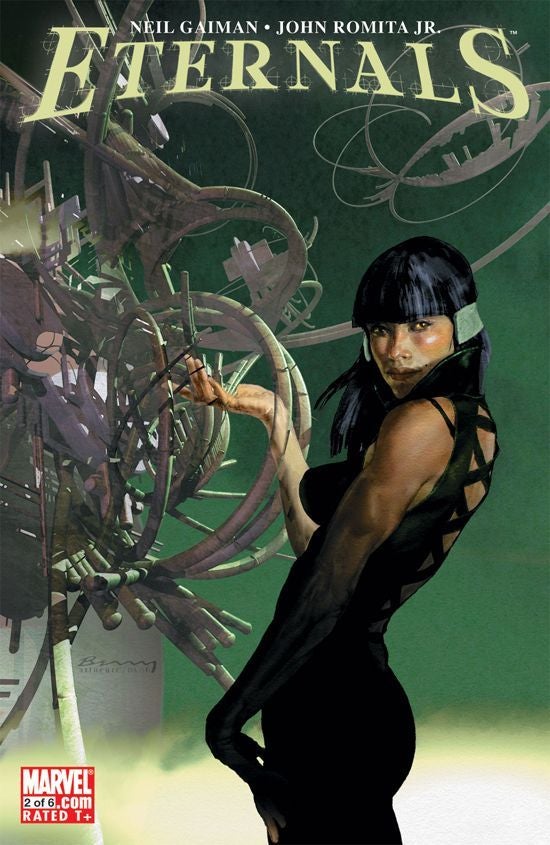 With the battle between Thanos and the Avengers coming to a head in this week’s “Avengers: Infinity War”, Marvel is in the process of tying up Phase Three of its Marvel Cinematic Universe plan.

“Ant-Man”, “Captain Marvel”, 2019’s untitled “Avengers” film, and a sequel to “Spider-Man: Homecoming” are “taking up 90 percent of our time,” Feige told TheWrap.

The other 10 percent is going towards future projects.

“Some of that is you can take cues from everything we’ve done in the 22 movies before those, which is sequels to existing characters, new interpretation of existing characters and trying whole new swings with stuff that most people never heard of,” Feige explained.

“‘Eternals’ is one of many many many things that we are actively beginning to have creative discussions about to see if we believe in them enough to put them on a slate,” he said.

The Eternals are a race of incredibly powerful, genetically engineered superhumans originally created in order to defend the Earth.

Despite his antagonist status, “Infinity War” big bad Thanos is one of the Eternals, though in appearance looks more like their sworn enemies, the Deviants.

Multiple screenwriters have been asked to create a storyline for an Eternals movie, per TheWrap, which reports that a female character called Sersi is its focus.

Over the course of her comic book history, Sersi has been connected to various members of the Avengers as well as the group as a whole.

The Eternals were created by comic book legend Jack Kirby, who was also intrinsic to the creation of Captain America, Thor and Loki, Black Panther, Ant-Man and The Wasp, and Guardians of the Galaxy member Groot, as well as The X-Men and the Fantastic Four.

Four volumes of The Eternals have been published since their 1976 introduction. Volume 3 arrived in 2006 with Neil Gaiman as its writer; it cast Sersi as a New York publicist with no knowledge of her true identity as a near-immortal, immeasurably powerful cosmic being and previous member of the Avengers.

As it happens, Kirby came up with the expansive Eternals mythology after a stint at Marvel rival DC, where he had unfurled a conceptually similar New Gods line-up.

Several outlets, including SlashFilm, io9 and ScreenRant, note that DC Films already has a New Gods movie in development, with Oscar-nominated Ava DuVernay of “Selma”, “13th” and “A Wrinkle in Time” installed as co-writer and director. JB

The many (nonfictional) lives of Neil Gaiman

5 great reads for the summer