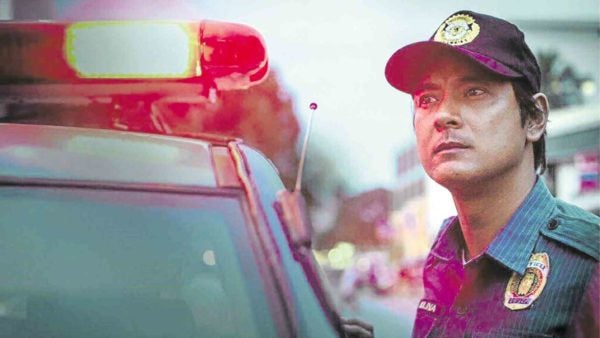 Internationally lauded actor Allen Dizon considers himself blessed with the chance to collaborate with Cannes-winning filmmaker Brillante Ma Mendoza in three productions, one after the other.

Apart from the controversial drug-war series “Amo,” Dizon is also part of two coming movies directed by Mendoza: He portrays a soldier in the Marawi drama “Maguindanaw” (with Judy Ann Santos as his wife) and a policeman in the crime noir “Right to Kill” (which also features Baron Geisler and Alan Paule).

Dizon weighs in on the intrigue that surrounds “Amo,” which is now streaming on Netflix (and is aired on 5): “People should watch it first before judging it as propaganda. While we were shooting ‘Amo,’ I saw the various scenarios on the drug war, including the killings. But Direk Brillante never said it was OK to murder people just to rid the country of drugs.”

Dizon, who plays a crooked cop in “Amo,” praises his director’s gritty aesthetics.

“Documentary-style in approach…He just presents the facts, without telling the audience what is right or wrong. Along the way, he also shows the corruption in the police force in a courageous way. He’s very much into social realism,” Dizon said.—BAYANI SAN DIEGO JR.