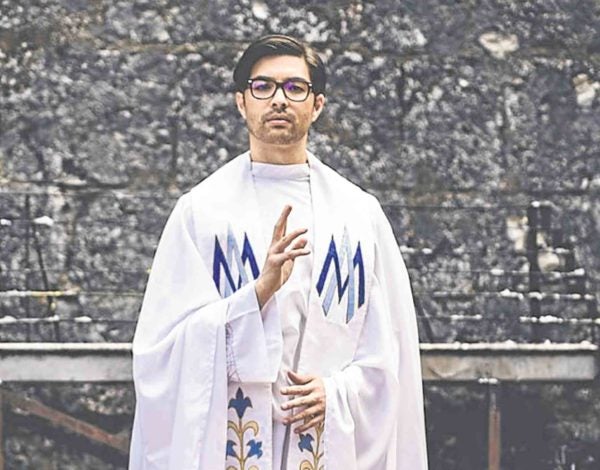 Joross Gamboa is making the big leap from acting to directing.

The actor, who earned a Mass Communications degree from the Southville International School in Parañaque City, was recently tapped to direct “Allergy in Love,” coproduced by ABS-CBN Digital and Neil Arce.

“Aside from acting, directing is my other passion,” Joross told the Inquirer.

He conceded that directing is much more difficult than acting.

“A director has more responsibilities. But I like the feeling of being in control—especially since I also wrote the story (with Rene Cruz Jr.),” he said.

He described himself as a “hands-on, but cool-headed” director.

“It was really just for fun,” he recounted. “We hope to entertain people and introduce a new type of comedy, in digital form.”

He admires all the directors he has worked with, “namely Olivia Lamasan, Cathy Garcia-Molina, Laurenti Dyogi and Erik Matti.”

For example, Direk Cathy personally handles every aspect of production—including “the props and wardrobe,” Joross explained.

He said that his main challenge as a director was “to deliver the story in an enjoyable and meaningful way.”

He related that “directing fellow actors, particularly my friends” was a tad strange and unfamiliar at first.

Still, being an actor made his job as director less complicated.

“It’s easier for me to explain to my stars how I want them to attack their role. Sometimes, I would even act out a scene for them,” he said.

In sum, he finds it “fulfilling” to be “exposed to another discipline.” “I oversee everything. I’m the first one to arrive and the last to leave the set.”

Back in front of the camera, Joross plays the titular “schizophrenic” thespian in Alpha Habon’s “Mga Mister ni Rosario,” an entry in the CineFilipino fest, ongoing until May 15.

In the romantic-comedy, Joross portrays an actor who gets so engrossed in each project that he allows his reel-life characters—from a closeted gay to a homeless man, from a priest to a serial killer—to cross over to real life, much to the consternation of his wife (Kate Alejandrino).

“What attracted me to the film were the concept and the story itself,” he explained. The role allows him to juggle all sorts of colorful personalities in just one film. Alas, there’s a downside to multitasking, though.

“The shoot was just like any other day at work, except that it was more draining because I had to keep changing characters,” he admitted.

He overcame the trials by sticking to the script. “That meant I had to be more focused than usual. I hope I pulled it off!”