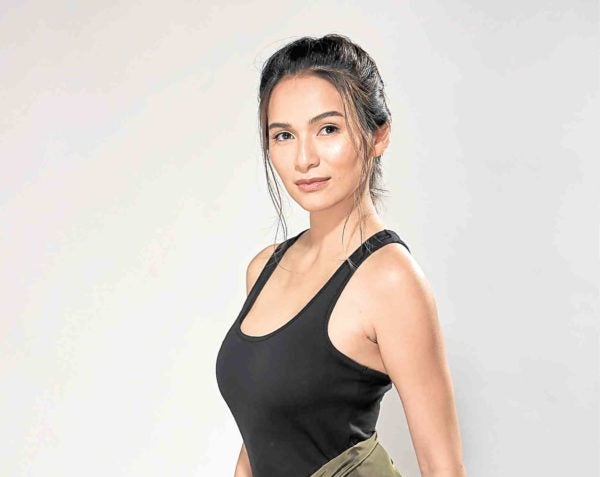 In terms of acting, GMA 7’s new thriller series, “The Cure,” is hardly the toughest project Jennylyn Mercado has done. Its physical aspect, however, is a different story.

Here, the Kapuso actress does her own stunts and gets to pretend to be an action star, as she faces different obstacles and fights rabid zombie-like creatures. “I do a lot of fight scenes, which can be taxing. That’s why I have to condition myself well. I don’t want to be too hard on my body,” she told reporters at a recent press conference.

Jennylyn was proud to relate that, while she usually has a double on standby, she has never
actually found a need for one, so far. “The double simply demonstrates the stunt, then I do it myself,” she said, adding that she was ecstatic about being able to apply the things she has learned from doing martial arts.

“My training in jiu-jitsu and Balintawak knife proved to be very useful for this show,” she pointed out.

Doing a show that has horror and action elements, she said, is a breath of fresh air, after doing dramas and romantic comedies. “I want to do different things—
otherwise, you don’t get challenged, you don’t learn and you get boxed in,”
Jennylyn said.

She’s paired with Tom Rodriguez, who happened to be her boyfriend Dennis Trillo’s love interest in “My Husband’s Lover.” “Dennis is happy that Tom and I got to work together this time because they have become good friends,” said Jennylyn, who described Tom as a “patient, hardworking and inquisitive” person.

“He always wants to learn more. He asks our director about what other things he could try to improve his job,” she said. “He’s also energetic. He’s very knowledgeable about geeky stuff, music and science. So whatever questions I have, he can answer,” she said.

In return, Jennylyn sees to it that Tom’s health is being looked after on set. “I give him some essential oils when he isn’t feeling well,” she said. “I myself am very careful about my well-being
—it’s so difficult to give your best when you’re sick.”

As for the never-ending questions about Dennis and their future plans, Jennylyn was characteristically reserved. She did, however, belied talks that the bejeweled ring she was recently seen wearing meant she was engaged. “It’s mine … What, I can’t buy my own stuff now?” she said, chuckling.

Jennylyn also said Dennis and her biological father get along really well. “They have the same interests. They love to play music, so they jam together sometimes,” she related.

Meanwhile, in light of GMA 7 talents recently transferring to other networks—such as Ryza Cenon—Jennylyn was asked if she has ever seriously thought about jumping ship. The 30-year-old actress maintained that she has never
received offers from ABS-CBN.

“I’m where I am right now because of GMA 7, and what I can give them is my loyalty,” she said, adding that she has nothing against her colleagues who decided to make the move. “That’s their decision. We have to do whatever’s good for us and our career,” she said.

Read Next
‘Respeto’ wins in Cyprus
EDITORS' PICK
High inflation: Your P1 is now worth only 87 centavos
UK’s Boris Johnson will resign, BBC reports
High-risk pregnancy: Reducing your risk is in your hands
Geek out at TOYCON 2022 powered by Smart Signature
House energy committee chair Arroyo bats for cheap electricity
Unemployment rate up to 6% in May
MOST READ
Suspect in grisly killing of missing woman in Bulacan arrested
Kim Atienza’s daughter flaunts bikini body in response to critics of her ‘revealing photos’
Number of active COVID-19 cases in PH breaches 11,000
Ex-Defense chief Lorenzana is the new BCDA chair
Don't miss out on the latest news and information.

TAGS: Did you Know?, Entertainment, Jennylyn Mercado, news, The Cure