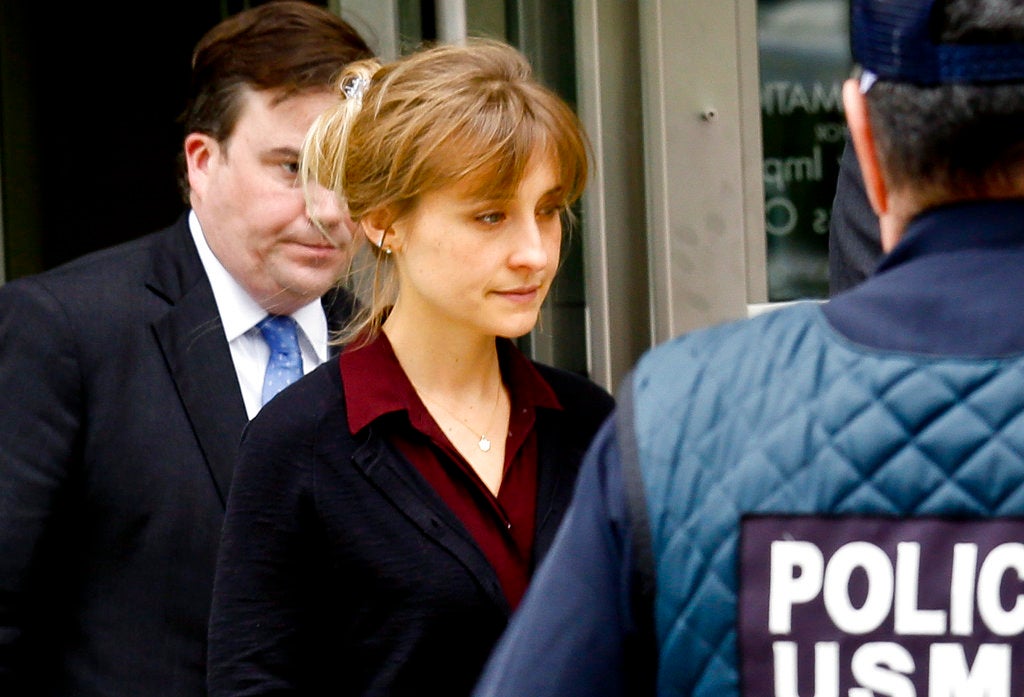 NEW YORK (AP) — Authorities expect to make more arrests in the sex-trafficking investigation of a self-help group that’s already resulted in charges against former “Smallville” actress Allison Mack and the group’s leader, a prosecutor said Friday.Assistant U.S. Attorney Moira Penza told a judge at a pretrial hearing in federal court in Brooklyn that the government plans to file a revised indictment naming more defendants in the coming weeks.

Prominent backers of upstate New York-based group NXIVM (pronounced NEX’-ee-um) have said they were in the dark about allegations that women were forced to have sex with leader Keith Raniere.

Friday’s hearing marked the first time that Mack and Raniere had seen each other since his arrest this past March in Mexico, where they were staying together in a villa in Puerto Vallarta. The actress, who is free on bail but under home detention, sat two chairs away from Raniere at the defense table, but there was no interaction. Raniere remains jailed.

Both have pleaded not guilty to charges they coerced women into joining a secret society within the group and becoming Raniere’s sex “slaves.” Some of the women were branded with a symbol that prosecutors said contained Raniere’s initials.

Mack, 35, is best known for playing Chloe Sullivan, a teenage friend of Superman, on the CW network’s “Smallville.” She left court on Friday without commenting.

Lawyers for Raniere told reporters they are eager to go to trial and give his side of the story. Any relationship between their client and the alleged victims, including an unidentified actress and other women expected to testify against Raniere at trial, was consensual, they said.

“These were adults who knew what they were doing,” attorney Paul DerOhannesian said.

NXIVM’s Mexican affiliate is headed by Emiliano Salinas, a son of that country’s former president. Authorities also say Raniere has been bankrolled by Clare Bronfman, an heiress to the Seagram’s liquor fortune. Both have said they were unaware of the alleged abuses.

The judge set an Oct. 1 trial date for Mack and Raniere. NVG