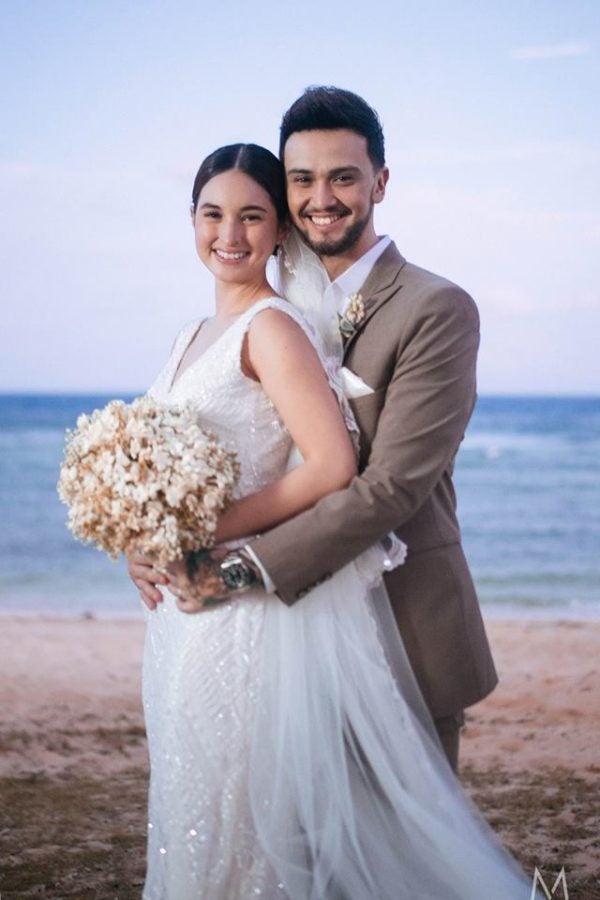 Apart from Billy Crawford and Coleen Garcia, perhaps no one else knows their love story better than their maid of honor and “official third wheel” Ria Atayde.

The “My Dear Heart” actress, a witness to the two since the beginning, candidly shared personal moments of the romance in her speech during the April 20 wedding.

Atayde, who is third-cousin to Garcia, told INQUIRER.net about their relationship: “What I love about her is that without words, we get each other.” The two are each other’s confidants and consider each other sisters. 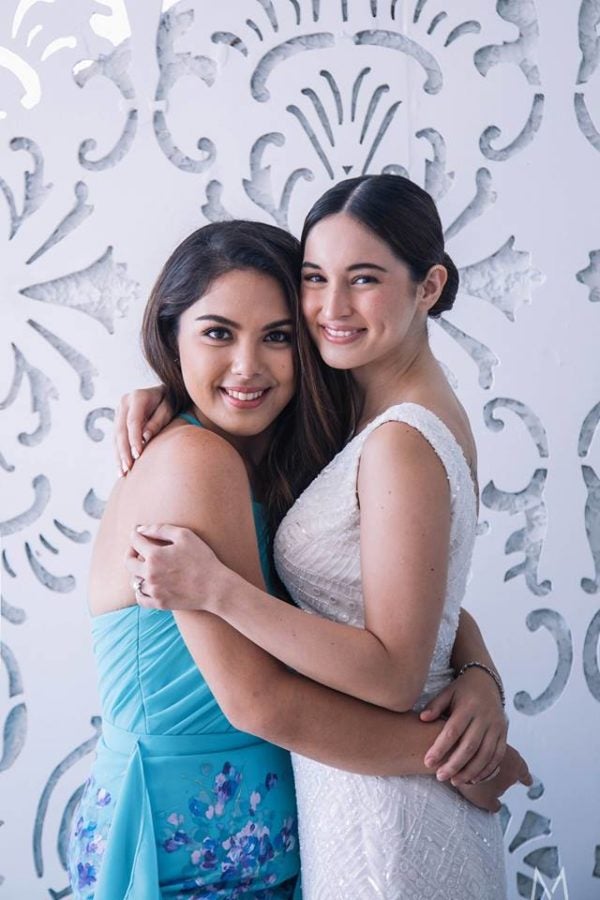 She reveals that she and Garcia were both “rediscovering” themselves after heartbreaks when Crawford entered the picture — back then, they considered him as just their “Kuya Billy” given their age gaps: Crawford is 35, Atayde 26 and Garcia 25.

“When we went on a camping trip with our camping gear sponsored by our then Kuya Billy, [Coleen] told me that he was kinda showing interest,” she recalled.

“He has easily become one of my best friends… my protective, sasakay sa trip (easygoing) Kuya best friend,” she said of Crawford after getting to know him.

But when he and Garcia began dating, it wasn’t necessarily smooth sailing, even if she was close to them individually.

“Honestly, when Billy and Coleen got together, I had my apprehensions — as did majority of the Philippines apparently,” she admitted to some 200 guests at the exclusive beach resort Balesin Island Club, where the wedding was held.

However, a “secret trip to Anilao” was what it took for Ria to be convinced that her cousin and Billy belonged to each other. It was also there that her place in their relationship as “official third wheel” was cemented.

“I knew they were perfect for each other the moment they started dancing along to [A$AP Rocky’s] ’Wild for the Night’,” she amusingly explained in her speech. “You’d think for a couple that’s starting out, they’d be playing sappy songs…  nope. They both played some ratchet hip hop song and vibed to that.” 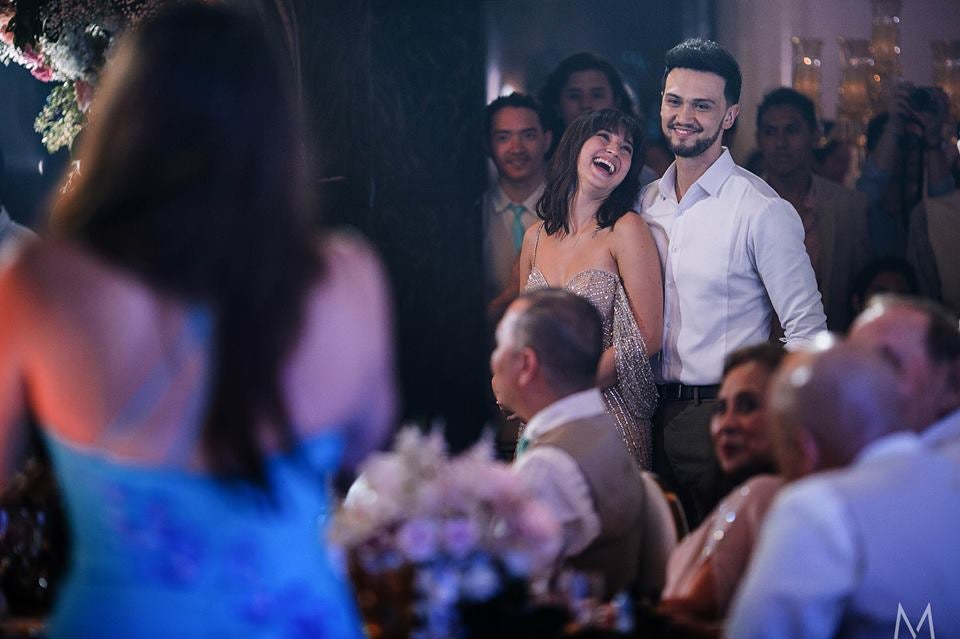 Odd “romantic” song choices aside, it was during the trip that Crawford confessed to Atayde how certain he was that Garcia was “the one.”

“He already knew from the beginning that she was the one he would spend the rest of his life with,” Atayde said.

But Garcia still had her guard up, even if Atayde could see through her defenses. “Coleen, on the other hand, being the rational person that she is, kept denying that she finally found someone who made her feel safe,” she added. 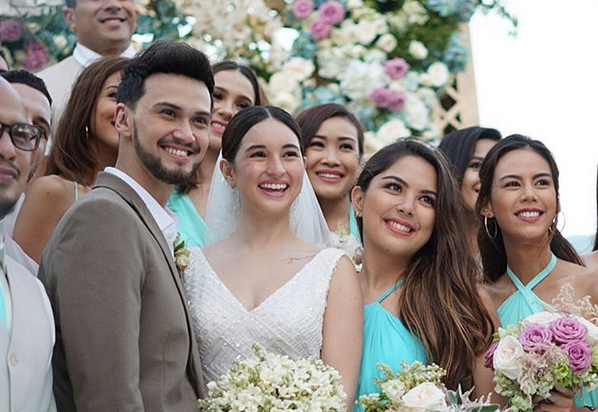 It took another trip for Garcia to fully realize her feelings for him. She recalls the emotion-laden night at the beach: “After nearly dying and drowning but being saved by Billy, Coleen and I laid side by side on the beach, stared up at the stars, hugged each other and cried our eyes out.”

“But later on, I noticed that the way she was crying changed… she was then crying happy tears.”

After that fateful night, “She showed us all another kind of lambing (affection), passion and dedication we hadn’t seen from her before,” said Atayde. 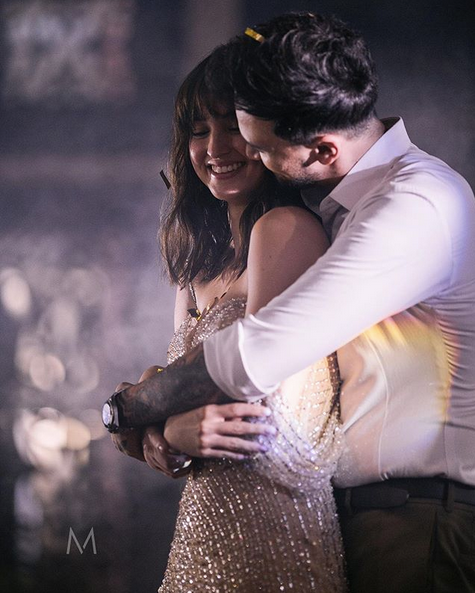 As Garcia has previously revealed, it took her 11 long months to finally tell Billy she loved him, even if he’d felt that way much sooner.

“We were under so much scrutiny and you know, I’m not going to give 100 percent of myself for someone I’m not really sure about,” she said on “Tonight with Boy Abunda” last January.

READ: How long did it take before Coleen Garcia told Billy Crawford she loved him back?

Atayde describes her cousin as “headstrong” and “independent” which may be why it took her months to reciprocate the three words to her suitor.

As it turns out, Garcia’s level-headedness paid off: the couple officially announced their relationship in 2014, and about two years later, Crawford proposed — though he planned to pop the question sooner.

She also left them with an important reminder: “I hope you know that although you’re married, I am always and forever going to be your third wheel — and the only third party that’s welcome in this relationship.” JB