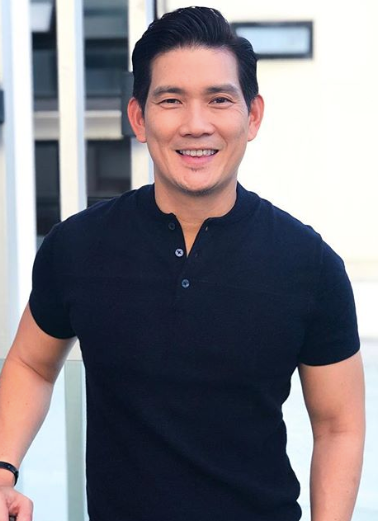 Crooner Richard Poon is to have actor and good friend Richard Yap on stage with him on his upcoming 10th anniversary concert “RP10” at the Newport Performing Arts Theater at Resorts World Manila on May 18.

There are quite a number of reasons why Yap supposedly could not make it on Poon’s concert but he will.

“It’s his birthday on May 18, plus he has taping for a soap on that Friday, but still he found a way to celebrate my 10th Anniv with me, it’s with overwhelming gratitude that I announce RICHARD YAP as one of my featured guests on RP10 on May 18 at the @resortsworldmanila!” Poon wrote on Instagram on May 2. 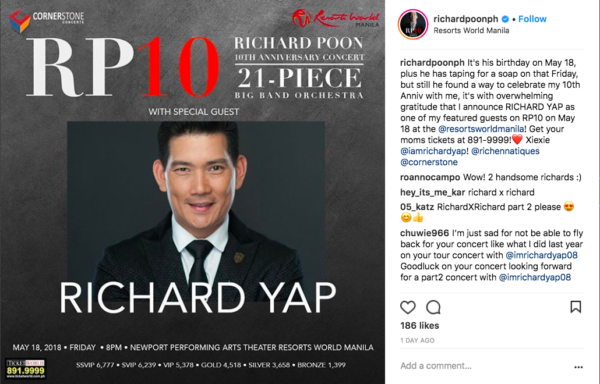 The two have performed together in the past and now, they’re together once again for a night of great music and celebration of Poon’s stellar music career.

Poon’s concert will feature an outstanding 21-piece orchestra that will serve as harmonic background to Poon’s timeless songs.

Apart from his namesake, joining him on stage will be Kean Cipriano, Sitti, Nyoy Volante, Christian Bautista and Erik Santos. /muf