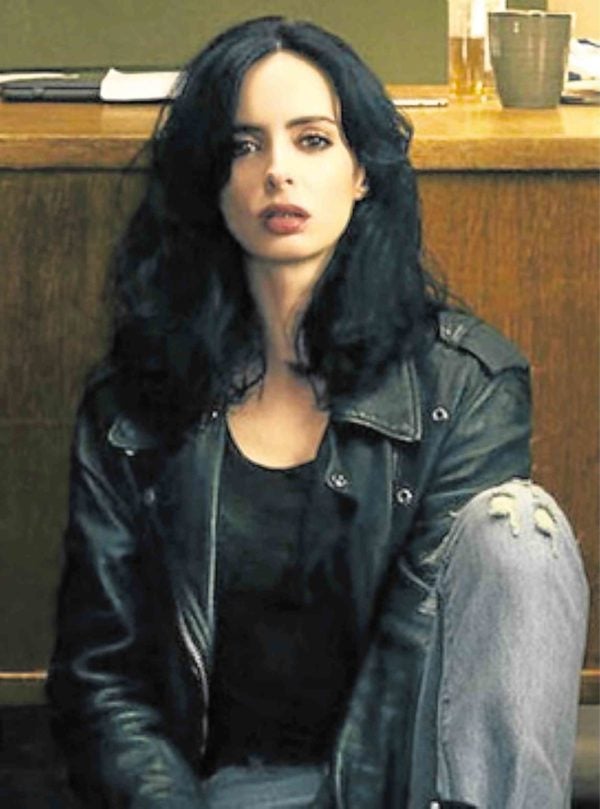 Not as dark as its debut season but still relevant and emotionally entangling, Marvel’s Netflix series “Jessica Jones” brings back the titular superpowered private investigator, just as surly but differently traumatized.

While she’s no role model and doesn’t aspire to be one, Jessica—played to morose perfection by Krysten Ritter—
thoroughly questions her own moral code, something that isn’t examined often in recent comics-inspired stories.

The heavy-drinking, reluctant heroine, after escaping the thrall of, and defeating the mind-controlling rapist Kilgrave (David Tennant) in the previous season, more actively pursues a career as a private eye.

Jessica’s assistant, the former druggie Malcolm Ducasse (Eka Darville), helps keep Jessica’s little business running smoothly, despite being belittled on a regular basis. And the savage lesbian attorney Jeri Hogarth (Carrie-Anne Moss) becomes less antagonistic, as she is dealing with law firm partners who wish to boot her out, and a disease that she keeps a secret.

While the permeating dread brought about by a powerful, will-sapping villain is absent, this new season is made intriguing by unearthed details of Jessica’s origin story. (Some spoilers ahead, to articulate on these changes.)

Before Jessica woke up from her coma with powers, she had weeks that were not on record, prior to being brought to a hospital.

This is discovered by Trish, who is increasingly becoming obsessed with gaining superpowers, reasoning that these would greatly help innocents.

The investigation lures out Alisa (Janet McTeer), a wig-wearing older woman who turns out to be Jessica’s mother, long thought to have perished with the rest of her family, in the accident that also made the investigator comatose.

Alisa is also unbelievably strong, but burdened by insanity—and is an unrepentant killer.

This unexpected dynamic mainly makes the second season positively puzzling, giving the protagonist new problems to deal with. But more importantly, Jessica is confronted with inner turmoil, initially sure of which lines she won’t cross—until she isn’t, anymore. McTeer is a formidable presence, disarming as much as she genuinely frightens.

Tennant returns in an episode as a guilt phantom of sorts. But his vile character’s time is done, and his pestering is pesky now, more than anything.

More interesting, however, is the timely subplot where
Trish, a former actress, confronts a director who abused her.

This, plus her drug relapse, as well as her strong desire to have powers, makes the proactive personality a more engaging character this time.

Following her appearance in the recent series “The Defenders,” Jessica Jones is still consistently written and portrayed, despite that last project’s disorienting qualities.

Her questioning of established norms still entertains, and gives Marvel’s live-action universe a more mature and adult-oriented side that can’t be seen in conventional tights-and-capes projects.