Makiling grad actress on scholarship issue: Everything is political 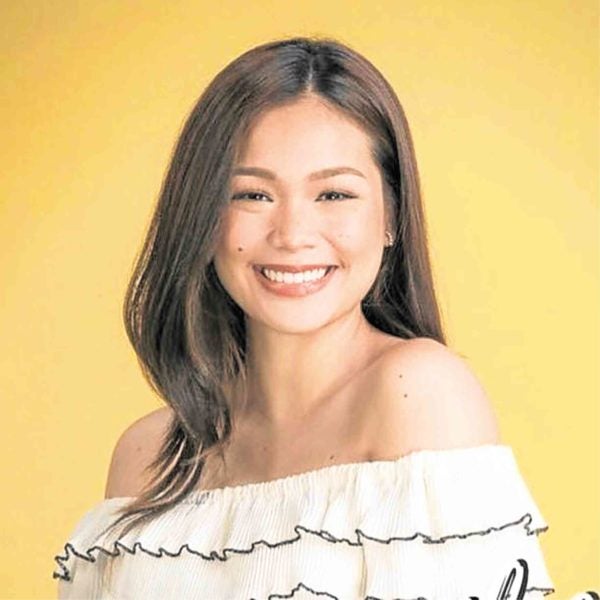 Kate Alejandrino’s brief but pivotal role in last year’s “Respeto,” as a bar girl who was raped by a rapper, made her four-year wait for that elusive big break well worth it.

“It was a turning point in my career,” she remarked. “After that movie, I got a lot of offers.”

It was like graduating from an “Artista Academy,” and “Respeto” proved to be the perfect part to introduce this assertive actress to a wider audience. Like Treb Monteras II’s Cinemalaya winner, Kate has pretty strong opinions about the current state of the nation.

Kate, who is a product of the Philippine High School for the Arts in Makiling, is very much aware of a recent controversy concerning her alma mater.

Makiling students recently protested the supposed renaming of the Maria Scholarship, which was identified as the Makiling Academe Research Institute for the Arts-Imelda Romualdez Marcos award during this year’s graduation ceremony.

As part of the school’s Batch 2012, she expressed concern over the brouhaha. “I’ve always known it as the Maria Scholarship. The school had already released a statement. But I don’t agree with the opinion that we should not make a big fuss about it … that we should move on and that this matter should not be politicized.”

“No,” she asserted, “everything is political, especially now.”

In a time of revisionism, she explained, it is imperative for young people to speak up on issues they feel passionately about. “For me, it was a mistake to mention it during the graduation. I found it off. It wasn’t right to say that we should just accept things … No!”

Her training in idyllic Makiling adequately primed her for the inevitable plunge into show business.

Back in school, she acted in theatrical productions, she recalled. “Theater has made me more conscious about finding the truth in every character I play. I tend to be very technical as an actor. I read the script well before the shoot. I get everything from the script, which I treat as my Bible.”

She made her debut in Ron Bryant’s “Bingoleras,” an entry in the Cine Filipino fest in 2013. Since then, she has become a regular in festival movies: for Cinema One (“Bitukang Manok,” “Baka Bukas”), Sinag Maynila (“Lila”), QCinema (“Dormitoryo”) and the Metro Manila Film Festival (“All of You”).

Coming full circle, she returns to Cine Filipino, bagging her first lead role in Alpha Habon’s “Mga Mister ni Rosario,” which will be shown in Gateway, SM Cinemas and Ayala Malls from May 9 to 15.

In her latest movie, she plays the befuddled wife of an actor whose Method veers perilously toward Madness.

Kate recounted that working with her onscreen husband, Joross Gamboa, had allowed her to combine the best of two worlds—theater and the movies.

Joross is “natural and freewheeling,” she pointed out. “He pushed me to be more spontaneous in my choices. He taught me to think out of the box and not be limited by my decisions.”

“Committed” Joross went slightly “schizo” playing a nutty thespian, she quipped, half seriously, half jestingly. His enthusiasm was “infectious,” she said. “We all wanted to match his energy and exert the same effort. He was extreme!”

Kate, who is also in the cast of the ABS-CBN primetime series “Since I Found You,” is having a ball—shuttling between the mainstream and indie worlds.

“I am enjoying myself,” she enthused. “I get to play different characters, do TV shows and movies, and juggle indie and mainstream projects at the same time.”