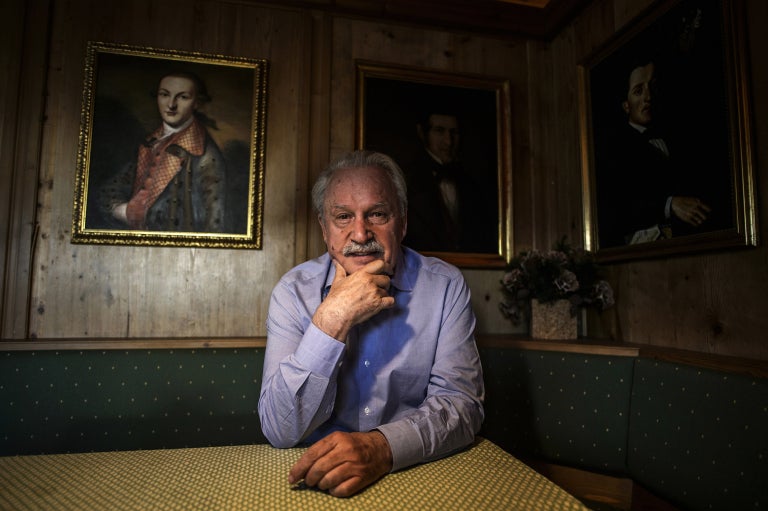 Pioneering Italian composer Giorgio Moroder, famed for the Oscar-winning soundtracks to “Flashdance”, “Top Gun” and “Midnight Express”, and for his collaboration with music royalty like Donna Summer and Daft Punk, is showing no sign of slowing down as he turns 78.

Known as one of the “fathers of disco,” the veteran musician will celebrate his birthday by playing a DJ set in Los Angeles.

A household name in the 1970s and 1980s, Moroder was propelled back into the limelight in 2013 when French electro stars Daft Punk contacted him.

“I’ve always liked the group,” Moroder told AFP, admitting that when Daft Punk got in touch, he thought that the duo wanted him to compose something for them.

“Actually they just asked me to talk, and they recorded,” he said. “We composed the music together, but it was mostly their work.”

In the resulting hit entitled “Giorgio by Moroder” the disco legend’s subtle accent floats over the top of Daft Punk’s electro beat and he recalls his beginnings in music: from his “big dreams,” to his years driving to “discotheques” in Germany to perform, and sleeping in his car until he got his break.

Working with the group gave Moroder a new lease of life in the industry, and in 2015 he released an album “Deja Vu”, collaborating with top artists like Sia, Britney Spears and Kelis.

But the Italian says his best memory dates back to 1979 when he won his first Oscar for the soundtrack to prison drama Midnight Express.

“I was known for disco, for pop, and usually composers who make soundtracks have a classical music background. For me, winning that Oscar was not only a surprise, but an achievement,” he said.

Over his career, he has worked with rock giants like Freddie Mercury, David Bowie and Debbie Harry, but it was his long collaboration with disco star Donna Summer, that brought him international fame in the 1970s.

“Donna’s parents weren’t very happy and she was also a bit embarrassed, it was more of a joke when we recorded it,” he recalls, adding that he never believed the song “would become such as success.”

A pioneer in the industry, Moroder was one of the first artists to use a synthesizer in his 1972 song “Son of my Father”.

“It allowed you to create sounds which didn’t exist, effects that you can do with a guitar or piano, the possibilities were immense,” said Moroder.

Now approaching 80, the producer-turned-DJ divides his time between his native Italy and Los Angeles and insists he will continue to perform, with plans for a tour in the pipeline.

And has he got any regrets from his long career? Perhaps only one thing: not composing the music for “Fame” when given the opportunity. JB