David Copperfield testifies on illusion where man says he was hurt 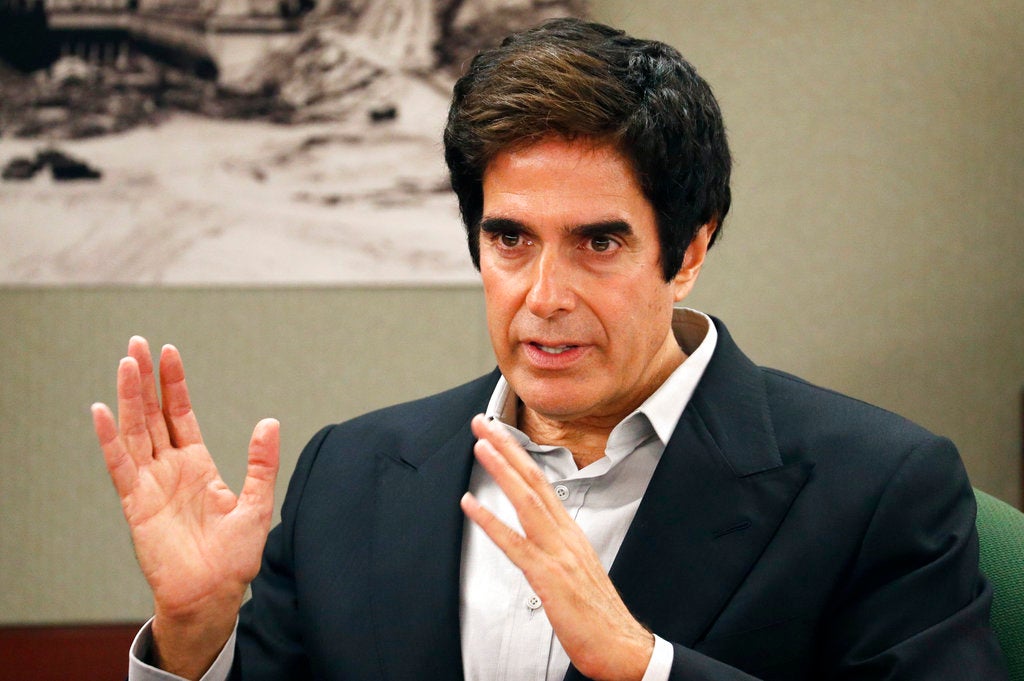 Illusionist David Copperfield appears in court Tuesday, April 24, 2018, in Las Vegas. Copperfield testified in a negligence lawsuit involving a British man who claims he was badly hurt when he fell while participating in a 2013 Las Vegas show. Image: AP Photo/John Locher

LAS VEGAS (AP) — David Copperfield insisted Tuesday he knew of no one being injured during more than 15 years of performing a signature vanishing act at the center of a lawsuit by a British tourist who claims he was seriously hurt in a fall during a Las Vegas performance.

Amid complaints from his lawyers about widespread media coverage, the world-famous illusionist returned to the witness stand, telling a Nevada jury about the trick that makes people seems to disappear on stage and reappear in the back of the theater.

At least 55,000 audience volunteers have taken part in the illusion over 17 years, according to Copperfield and show executive producer Chris Kenner, who testified last week.

In 60 to 90 seconds, stagehands with flashlights ushered randomly chosen participants past dark curtains, down passageways, around corners, outdoors, indoors and through an MGM Grand resort kitchen to re-enter the theater and “reappear” for the show finale, according to testimony.

Benedict Morelli, attorney for plaintiff Gavin Cox, has characterized the route as an obstacle course and the pace as dangerously fast for people who might not have appropriate footwear and are not told in advance what they will encounter.

Copperfield said he and stagehands assessed the capabilities of audience volunteers as they approached the stage, climbed stairs and seated themselves in a boxy 13-seat apparatus for the illusion. The trick is dubbed “The Thirteen,” for the number of seats.

The jury has been told that some volunteers were turned away.

Over the objections of Copperfield attorney Elaine Fresch, Morelli asked Copperfield if he thought the number of people not injured by the illusion over the years suggested it was safe.

“I’m not in the business of hurting people,” Copperfield said.

“The illusion must be safe because of how many people have done it without getting injured?” Morelli asked.

“Numbers are not a defense,” Copperfield said, adding he couldn’t remember hearing of anyone getting hurt.

Copperfield said he didn’t know Cox claimed to have been injured in November 2013 until he was sued the following year. He said he stopped performing the illusion a year later.

Cox alleges he fell after being hurried by stagehands through an alleyway coated with a powdery residue near a trailer-sized trash bin. The resident of Kent, England, claims lasting brain and bodily injuries from his fall have cost him more than $400,000 in medical care.

Fresch lost a bid Tuesday for a mistrial based on the amount of media coverage about the case, including interviews involving Morelli.

Clark County District Court Judge Mark Denton allowed testimony to resume after asking jurors if they saw news items about the case during a five-day break in the civil trial. Three said they turned off broadcasts when they encountered them.

A state appeals court ruled Friday that Denton can close the courtroom to the public for some testimony to protect tradecraft. NVG