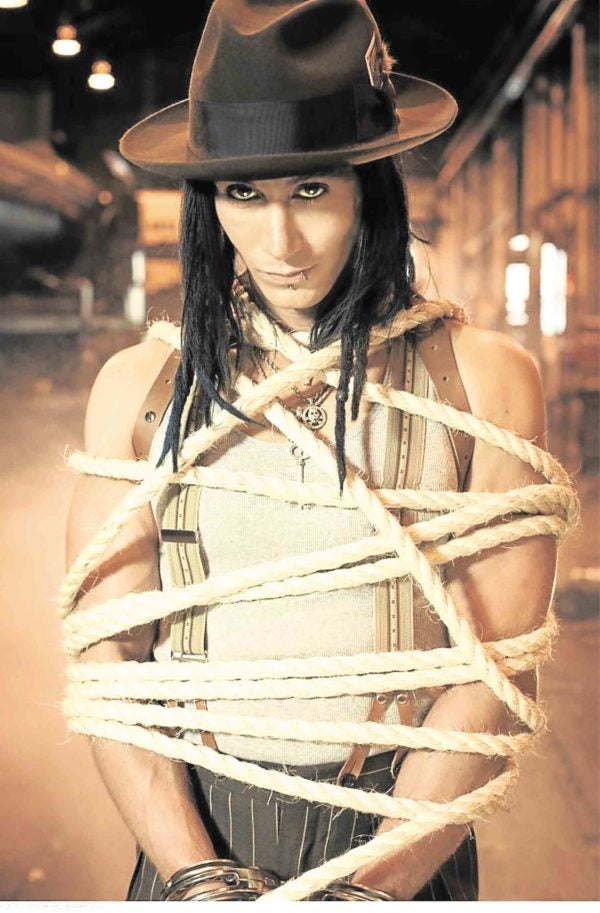 Australian illusionist and escapologist Cosentino has a lot of jaw-dropping tricks up his magic sleeve, from shrewdly staged vanishing acts and nifty card stunts to death-defying capers.

In the four-episode series, “The Elements: Cosentino,” which unreels on Jan. 18 at 9 p.m. on AXN (channel 49 on SKYCable and Destiny), Cos goes out on a limb to see how different audiences—from curious bystanders to shilly-shallying Asian celebrities—in Singapore, Taiwan, Malaysia and the Philippines react to his flourishing arsenal of tricks.

But, the 35-year-old magician is no one-trick pony. After placing second in “Australia’s Got Talent” in 2011, he topped “Dancing with the Stars” two years later. When we talked to Cos for this one-on-one phoner last week, he explained why his “trick-and-treating” career wasn’t just a passing fancy—it actually turned his life around and saved his life.

“I was a very shy kid with learning disabilities. In fact, I didn’t learn to read until I was 12, after I stumbled into a book about magic as I was struggling to finish a school project in the library. I was drawn to the colorful Vaudevillian pictures of famous magicians like Harry Houdini in it. My mom read it to me, and I began to read more. There was no YouTube or Google then. That was how I learned my first trick. It brought me out of my shell.

“Houdini inspired me more than any other magician. The next one was the great David Copperfield, when I was 13. Then, I found David Blaine’s street magic appealing.
“But, my tricks and stunts are also inspired by the pioneering likes of Gene Kelly and Fred Astaire (for their dancing), Walt Disney (for his cartoons), and Bruce Lee (for “commercializing” martial arts).

“I like sharing this backstory because it shows that not everything comes easy. We all start somewhere. I struggled with those difficulties before I managed to do well at school. It’s a story that should not be hidden away, to inspire others who are going through different obstacles in life.”

The transformative reversal of fortune was Cosentino’s coming-of-age tale that inspired him to keep pushing boundaries, stay focused, and learn from mistakes he committed along the way—because, as the magician succinctly stated, in life-and-death situations common in his line of work, things can go south quickly if you fail to heed the red flags.

Take his daring escape act in “Australia’s Got Talent,” where he had to pick nine locks in 1 minute and 45 minutes while submerged in a tank of water suspended above the ground.

An even closer shave was his stunt at Melbourne Aquarium, where he was chained, shackled, handcuffed and secured to a 60-kilogram concrete block. Cos was sunk to the bottom of a 15-foot vivarium surrounded by sharks and stingrays—with only a lock pick at his disposal!

He had hoped to escape within 2 minutes and 30 seconds, but due to problems with a tricky padlock and the chain around his belly, it took him 3 minutes and 39 seconds to complete the task!

Note that most people can hold their breath underwater for 2 minutes—although Guinness record holder Ricardo Bahia of Brazil held his for 20 minutes and 21 seconds—but, that’s another story.

Asked what was going through his mind when he realized things weren’t going as intended, the magician mused, “That was tough. It took me six months to train for that stunt. When the lock on the right-hand side wouldn’t open, I moved on to the next lock because I didn’t want to waste more precious time.

“I had to stay calm, because the worst thing an escape artist can do in such a situation is to panic and use up all his remaining oxygen.
“When you do that, your heart rate increases—and that’s the beginning of the end right there. So, I told myself, ‘You can’t be stiff, calm down and breathe through it, move on to the next lock.’” 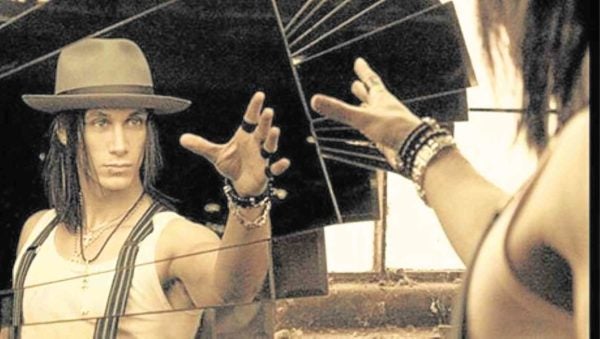 The Aussie magician had difficulty reading as a child.

Learning the tricks of the magic trade is no walk in the park, Cos stressed—it’s a discipline that requires patience and focus. He said, “If you wish to pursue the tedious art and science of ‘playing tricks on people,’ start training at the library. Read about it. You can’t rely on the things you see online because you’ll only end up mimicking them. You can’t develop your style that way.

“To master a trick or stunt, you need to analyze it, break it down and understand it by heart. You put in the time and hard work, and inject your own personality into the act. Go out, practice your tricks on people and see how they respond. Find out what works and what doesn’t.

“As far as my act is concerned, my stint with ‘Dancing with the Stars’ helped me hone my presentation skills and make my stunts more theatrical … and more fluid.”

The show’s initial episode parades a string of celebrities from the four countries the magician had visited while filming the series, including the perpetually kooky Alex Gonzaga, Bianca King, Nico Bolzico, Marc Nelson, Rovilson Fernandez and “Asia’s Got

Are celebrities harder to please?

“The expectations are higher,” Cos admitted. “They’re entertainers themselves, so they expect a certain level of professionalism. You’ve got to be very slick and on your toes when they’re around.
“But, they respond the same way regular Joes and Janes do—and that’s what makes the craft beautiful. At the end of the day, magic transcends cultural and socioeconomic barriers.”

Of the four elements— earth, wind, fire and water—featured in the series, he said that water was the hardest to manipulate because “while it gives life, it can also take it away. Fire is also hard to handle because of its unpredictability.”

Cosentino added, “Filming stunts involving those elements also presents a challenge because you don’t want to perform dangerous tricks more than once or twice.”