Why The Script keeps coming back to Manila 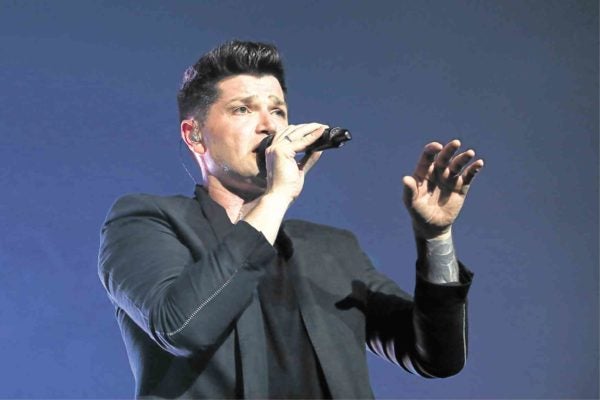 In early 2016, Danny O’Donoghue, the lead vocalist of the pop-rock band The Script, underwent two throat surgeries in two months to remove nodules that have been causing him vocal problems. And for a moment, he feared that he would no longer be able to sing.

Danny’s need for rehabilitation meant that the three-man Irish group would have to go on hiatus, too, and the feeling of uncertainty only intensified. If they were to come back, after being away for quite some time, would the people still accept them? Danny found himself asking that question every so often.

But, as it turned out, the break was a blessing in disguise —and a much-needed one—not only to Danny, but also to his bandmates, drummer Glen Power and guitarist Mark Sheehan. For the first time, these musicians were able to turn off the “treadmill” they had been running on for many years.

It allowed them to pause for a bit, step back and assess their career, recharge their batteries and renew their hunger.

Now, the men find themselves on the road again, promoting their new album, “Freedom Child,” and feeling like a new band again. And things couldn’t be better.

The Inquirer and other select reporters got to chat with Danny, Mark and Glen a couple of hours before they took the stage at the SM Mall of Asia Arena, where they brought down the house with their hits, like “Superheroes,” “The Man Who Can’t be Moved,” “If You Could See Me Now,” “Breakeven” and “Hall of Fame.”

Excerpts from our interview, which was arranged by local promoter Midas Promotions:

How does it feel to be back on the grind?

Because quite some time had passed, it felt as if we are doing our first album; you don’t know if you’re going to chart well. But luckily, “Freedom Child” did great. Now, we find ourselves playing in places we’ve never been before.

How did the hiatus help you, personally and creatively?

Glen: We love what we do. We get up onstage and play our music in front of many people. But after so many years of just going at it constantly, we felt we needed a break. But I don’t know if we would have taken one if it weren’t for Danny’s surgery.

So, we got to sit back and realize how fortunate we’ve been. It gave us time to soak it all up and be grateful. That was nice. We gave ourselves some time to breathe and live life a little bit. We got to see our family and friends. Before we knew it, the hunger to perform was back, and now I feel like I’m ready to do 10 more years!

Mark: We feel like a new band again. We’re enjoying ourselves more, and we appreciate what we have more than ever. When you work too much, you lose perspective and when that happens, it can be hard to see what’s in front of you. Our passion and love [for music] are stronger than ever. 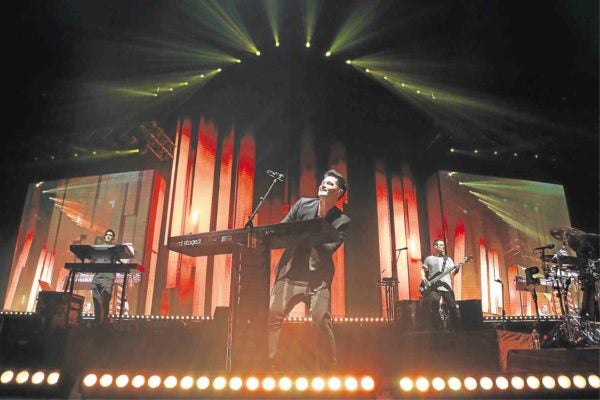 It’s your fourth time here in Manila. What keeps you coming back?

D: On our first time here, I remember the crowd singing every song, every word—not just the chorus, but all the way through. Although we have different cultures, we have a lot of similarities on the inside. There’re our love and passion for music.

Unlike your past albums, which were usually about love, your new album, “Freedom Child,” seems to be more political in tone.

M: This time, we focused on what has been happening in the news, and in the world. We couldn’t help ourselves, because the political climate has changed so much.

We’re not political people; we’re about humanity. We hate it when people get caught in the crossfire. We just wanted to write songs that would help people express themselves. The whole idea for us to open our doors to everyone—we don’t think about religion or skin color.

My 7-year-old kid once asked me what terrorism was. And trying to explain that to a child is very difficult. So, I thought the best thing we could do was write songs. And teach them to show love in the face of hate.

D: Traveling has given us a good glimpse of humanity across the world. We’re not telling people what to do. We just want to say that this is what we see. Do you see the same? Being preachy is one thing;
recognizing the times we’re living in is another.

Was the use of EDM (electronic dance music) influences in your new album your way of fitting in to what’s being played on the radio these days?

M: For musicians, one ear has to be on the emotional side of what you do. The other, meanwhile, needs to be on what’s happening around. Because as a traditional band, it’s difficult for you to get heard when you play the same thing every time. It’s important to experiment with different sounds, so you modernize yourself.

What have you learned from playing all over the world?

M: That language is just 20 percent of communication. We’re all the same. The human condition—sadness, happiness—is the same across the board. When you realize that, it gives you some faith in the world.