JM De Guzman grateful for a second chance at ABS-CBN 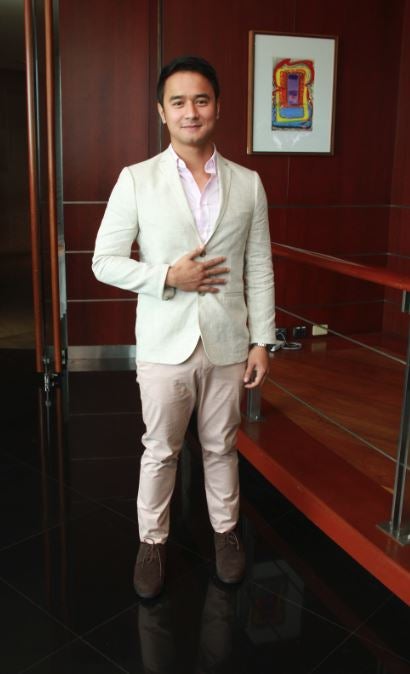 At some point in his life, JM De Guzman may have been down, but he is not out.

The  actor’s home network, ABS-CBN, is giving him an impressive welcome via the upcoming daytime television drama series “Precious Hearts Romances presents Araw Gabi,” which he will co-star with young actress Barbie Imperial.

The once-troubled actor expressed his gratitude to the network and the management for giving him another chance to do what he loves.

In the series, he plays Adrian, the hotshot CEO with a very dark personality who will find light in the sunny and positive character of Michelle, played by Imperial; hence, the title “Araw Gabi.”

With this major career boost, his fans were asking what he can promise this time. Will he never have a moment of darkness again?

Last Monday, De Guzman faced a big group of entertainment reporters for the first time since he got out of drug rehab, and he was candid enough to answer such questions from the media. He said he has better coping skills now to manage his life and he now has a support group he can rely on.

Although nothing is ever certain, De Guzman said the key to staying away from addiction is simply admitting that there is a problem and immediately seeking help.

De Guzman is considered among generation’s premier actors. That’s why he landed the title role in the 2011 top-rating series “Angelito: Batang Ama.” De Guzman later revealed that in the latter part of the series, the team decided to take him out of the show because of his drug problems.

He said he had voluntarily signed up for a drug rehabilitation program. After eleven months, he reclaimed his showbiz career via the hit movie “That Thing Called Tadhana,” which stars Angelica Panganiban, in 2014.

He was given another chance to top-bill a major production – “All of Me” – in 2015. But just as the case with “Angelito: Batang Ama,” he was booted out of the series because his drug problem remained unsolved; hence, his unfortunate relapse.

Now that he’s finally and completely healed, he was recommended by his rehabilitation program that he takes only one project at a time. He was offered a movie by Star Cinema alongside the television series, but he chose to forego the movie for the meantime to focus on his TV comeback.

Now, he’s more than ready to face the world again and prove that he’s a better version of himself. /ee