‘Never Not Love You’ earns P92 million in 3 weeks 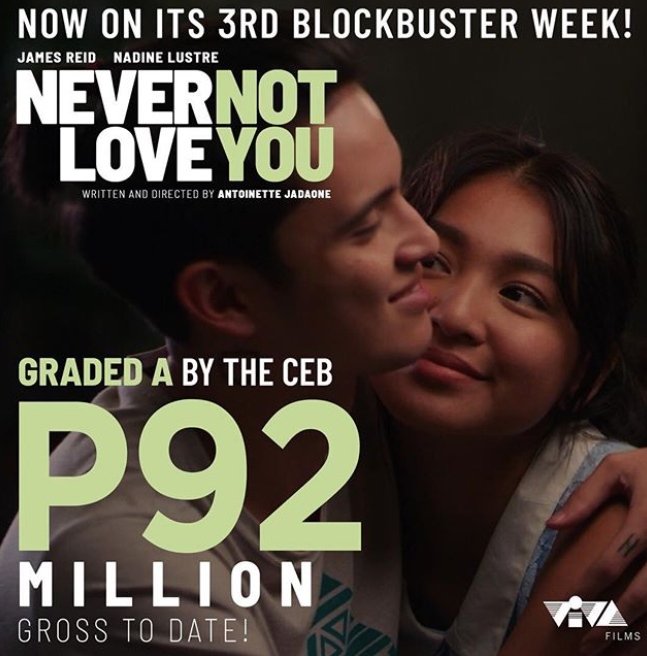 Never Not Love You movie poster. Image by Viva Films

James Reid and Nadine Lustre’s movie “Never Not Love You” has earned P92 million in three weeks after its release.

The movie has been consistently getting reviews and feedbacks from the public. Despite the controversies that hounded the film, it still performed well in the box-office. 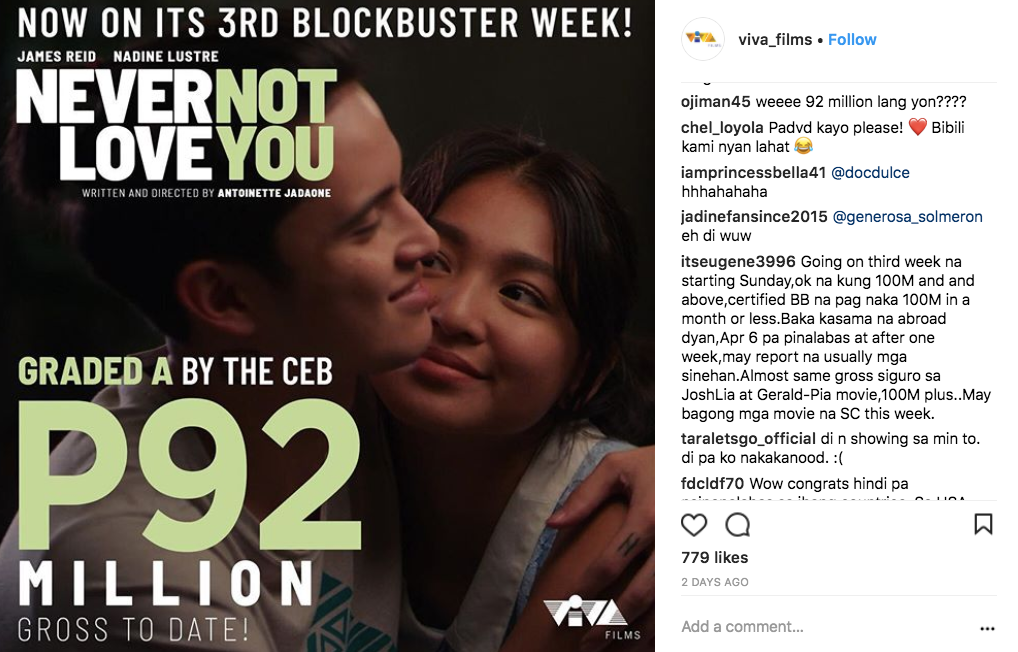 Not too long ago, issues of “attitude problems” concerning the lead stars surfaced involving blockbuster director Cathy Garcia-Molina. However, the film still got a good hold of audience that gave it its record-high feat.

“Never Not Love You” is still showing in cinemas nationwide. /jpv