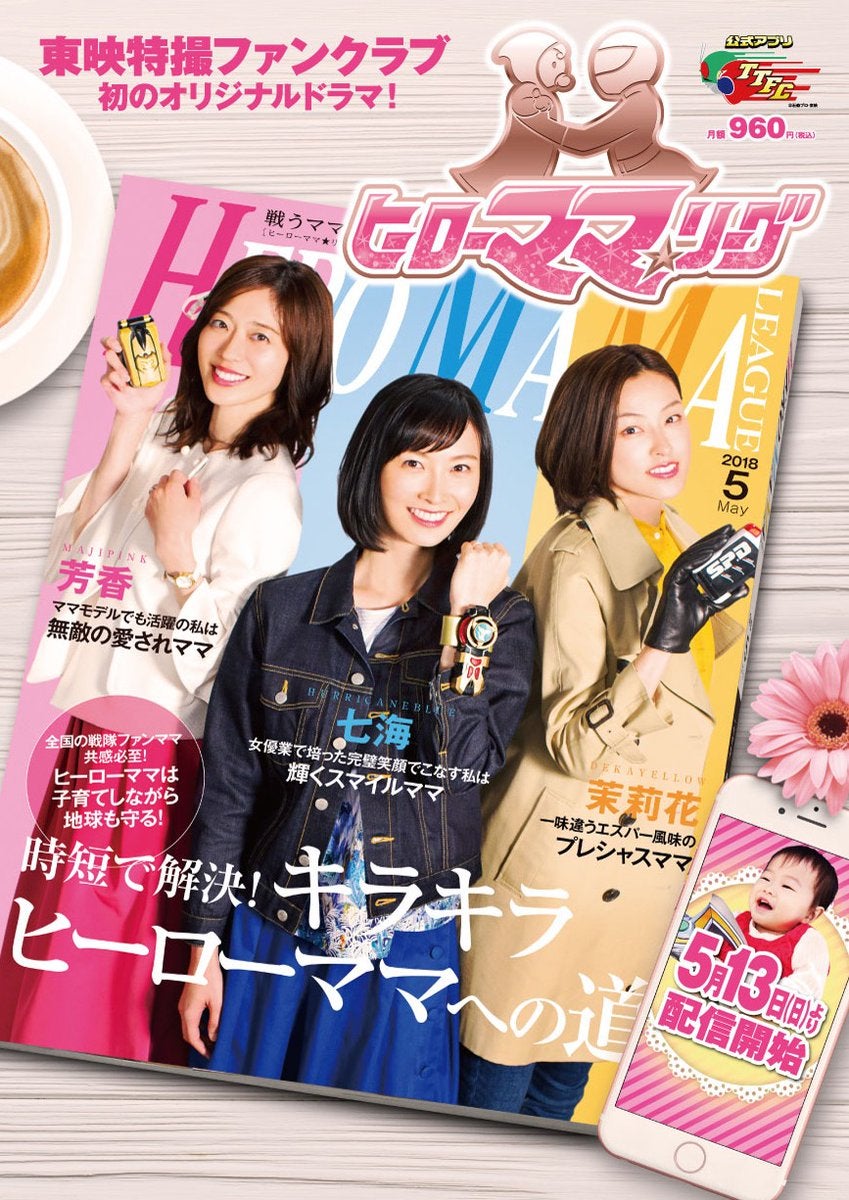 Toei Animation reveals a new installment in their Super Sentai superhero franchise featuring three capable moms who fight crime and take care of their children at the same time.

Dubbed the “Hero Mama League,” the three members are returning Super Sentai members from three different series, according to a statement by Toei Animation.

These three former team members of their respective groups have moved on to lead quiet lives as full-time mothers. However, a new enemy appears, forcing them to wear their Super Sentai uniforms once again.

The Super Sentai franchise is a long-running collection of Japanese superhero series which started in 1975. Over the years, dozens of Super Sentai teams have been formed. Among these are “Choudenshi Bioman”, “Hikari Sentai Maskman”, and “Kyōryū Sentai Zyuranger” also known as “Power Rangers”.

The Hero Mama League will start fighting crime on May 13. Meanwhile, watch the show trailer below. JB