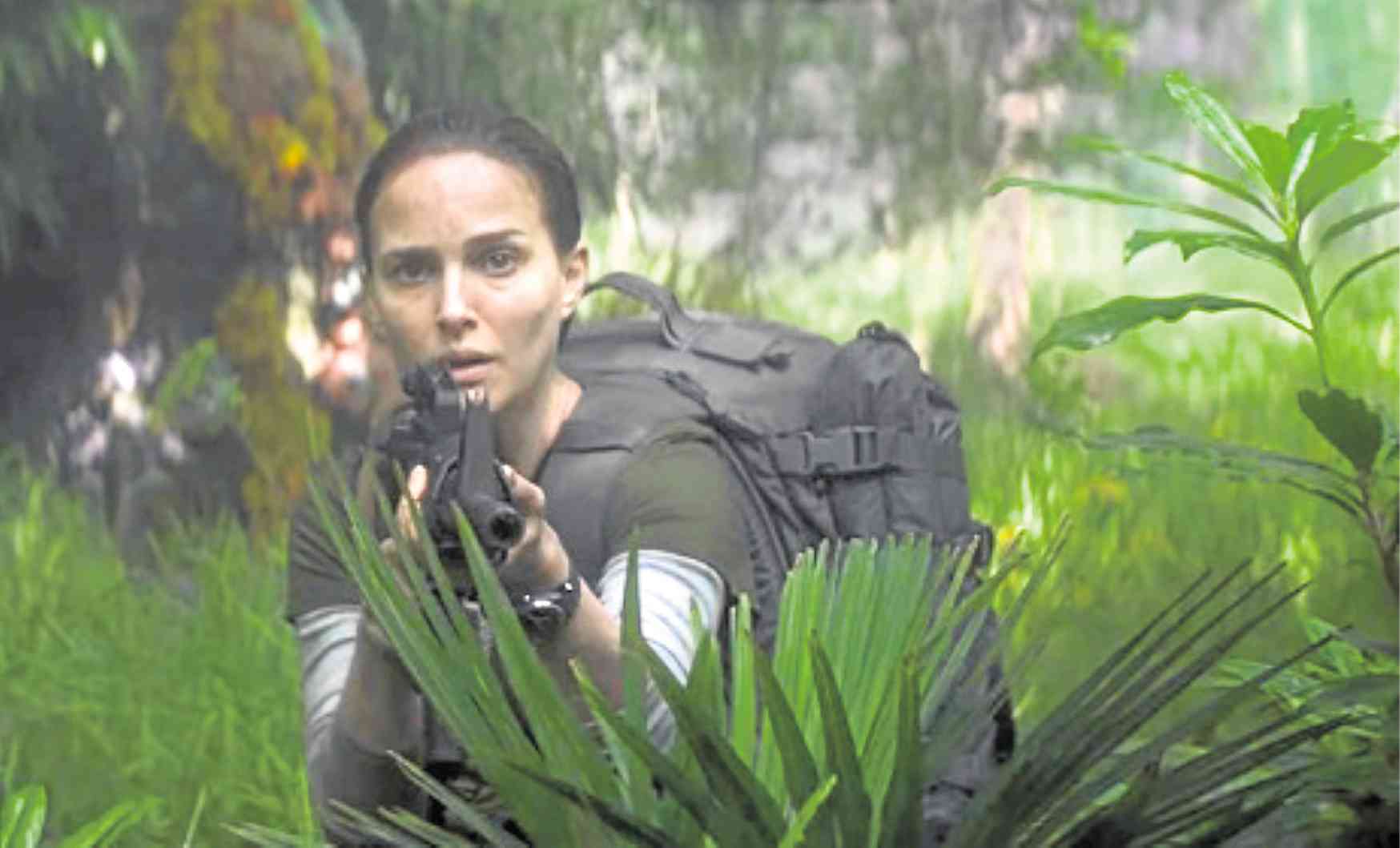 Portman plays a scientist and ex-soldier.

Combining familiar scare tactics and eerie science-fiction concepts, the film “Annihilation” is a tense and smart thriller about an all-female group that investigates an area suspected to be controlled by alien intelligence.

Currently streaming on Netflix, Alex Garland’s film stars Natalie Portman as a biology professor and former soldier, Lena, whose missing soldier husband, Kane, (Oscar Isaac) reappears after a year. But their reunion is short-lived, as it is soon revealed that the latter is severely ill.

Lena eventually learns about her husband’s last mission, which is shrouded in mystery. She and four other experts from various fields (Tessa Thompson, Gina Rodriguez, Tuva Novotny and Jennifer Jason Leigh) go on an expedition, hoping to finally unravel the puzzles of “The Shimmer,” an area that is somehow being terraformed into a bizarre, dreamlike landscape.

Despite depicting some familiar ideas, “Annihilation” succeeds on multiple fronts. It’s a taut sci-fi story with interesting set and creature designs. While it goes the predictable slasher-flick route—not a spoiler, since it’s declared early on that Lena’s mission goes terribly awry, and what we see are flashbacks—there are nicely concocted, hair-raising scenes.

Then, of course, there’s the “girl power” mindset of the whole endeavor. 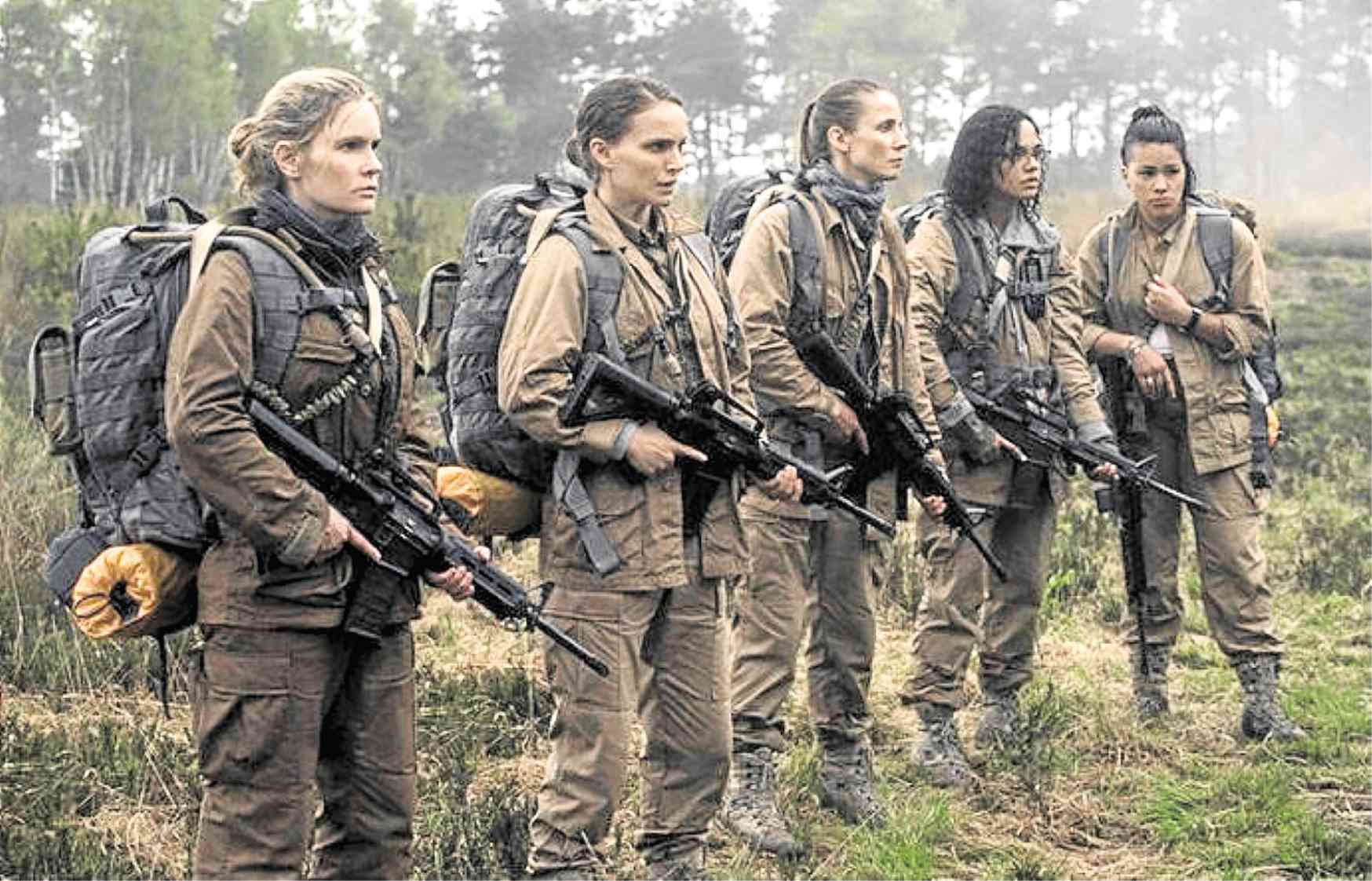 While not exactly toughened heroines à la Sarah Connor or Ellen Ripley, the female characters of “Annihilation” do rise to the occasion, before most of them shuffle off the mortal coil in creative ways.

Still, it’s a nice cast with a good number of standouts: Rodriguez gets to play a volatile lesbian paramedic who’s quite unlike her role in “Jane the Virgin.” Portman manages to add depth to an already layered character. Isaac, meanwhile, also breathes life into a complexly vulnerable figure.

As for the tale itself, it’s not an unheard-of plot; it’s been done before in various media.
That doesn’t make “Annihilation” any less satisfying—the restless invasion story is buoyed up by stuff that befuddling nightmares are made of.

Your subscription could not be saved. Please try again.
Your subscription has been successful.
Read Next
Kim’s personal vow for her 28th birthday
EDITORS' PICK
Philippine-United States alliance ‘rock solid’ — DFA
Makabayan bloc blasts bid to expand US access to more military bases in PH
House energy committee chair Arroyo bats for cheap electricity
Fuel price rollback expected on Feb 7
Omega Speedmaster super racing: Tiny device massive change
vivo Philippines offers a free bouquet of flowers and a premium necklace perfect for Valentine’s Day
MOST READ
Vice Ganda gets called out for ‘unfair treatment’ of ‘It’s Showtime’ co-host Karylle
Fuel price rollback expected on Feb 7
Kris Aquino gets ‘renewed confidence’ after consultation with new doctor: ‘I have a strong chance of getting better’
Pokwang tells self amid revelations on past relationship: ‘Bangon, nanay ka’
Don't miss out on the latest news and information.