‘Die Beautiful’ wins in the UK 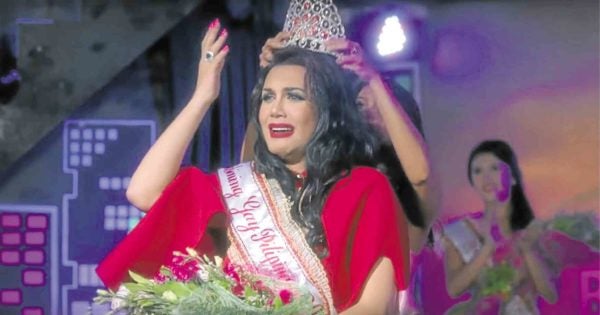 The comedy-drama, which topbills Paolo Ballesteros as a perennial gay pageant contestant, bagged the best feature prize at the inaugural Newcastle International Film Festival, held recently in the United Kingdom.

According to its website, the Newcastle fest aims to provide “a unique platform for the industry to showcase excellence in filmmaking.”

Lana told the Inquirer that this latest honor came as a “pleasant surprise.” “Our UK distributor, Oration Films, had submitted our movie to the festival,” Lana recalled. “(Coproducer) Perci (Intalan) was in London at the time of the fest, but wasn’t able to stay until the awards ceremony.”

Organizers, however, asked Intalan to send a video message—“just in case we won … that should’ve been our hint that we made it.”

Lana considers the unexpected victory “a big bonus”—considering the film’s cache of local and international trophies and P120-million box-office earnings at the Metro Manila Film Festival in 2016.

“Our US distributor (Oration) told us that our film is still fairly new, if you take into consideration the lifespan of movies abroad,” he explained. “Just goes to show how fast things move in the local industry, and how deliberate and strategic the global market actually is.”

Case in point, he quipped: “The film is still playing in cinemas in Japan until now.”

Back to the home front, the series “Born Beautiful,” the followup to “Die Beautiful,” will debut on Cignal in May.

“We can’t be prouder how the series is shaping up,” Lana related. “When we started the project, we thought it was merely a spinoff. But it assumed a life of its own after Martin del Rosario had joined and embraced the role of Barbs so fearlessly. He inspired the creative team to push the story further.”

Lana can’t wait for viewers “to see Martin and the entire cast … an amazing ensemble … they really went all out, not only in the series’ sensational parts like the unorthodox love scenes, but moreso in the nuanced, quiet episodes where we could truly feel the heart of each character.”

ADVERTISEMENT
Read Next
Why show biz and school work go hand in hand for these celebs
EDITORS' PICK
Leveling up your ‘lutong bahay’ with the kitchen companion you never knew you needed
SM prepares for ‘safe malling’
Notice of 2020 regular meeting of stockholders June 18, 2020
LIST: What to expect in areas under GCQ, MGCQ
Drilon wants repeal of penal provisions in proposed Bayanihan extension law
DOTr bares 2 phases of public transport revival in GCQ areas
MOST READ
LIST: What to expect in areas under GCQ, MGCQ
Duterte approves Metro Manila’s shift to GCQ starting June 1
Hong Kong loses US ‘special status’ — what next?
National Guard called to respond to Minneapolis violence
Don't miss out on the latest news and information.