Break it down: Abra explains the art of rap battling | Inquirer Entertainment

Break it down: Abra explains the art of rap battling 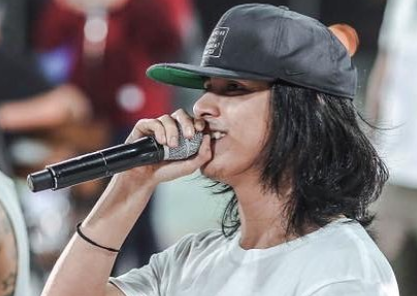 Rap battling is surely one of the most celebrated internet craze of recent history. With its on-point, hard-hitting and cleverly spontaneous exchanges, battle emcees have managed to capture an audience that get hooked on their knockout assaults.

Among the most successful underground rap battle platforms is the FlipTop Battle League. Here, emcees engage in lyrical, poetic battles in front of a live energetic audience. They can do anything from insults, sex talk, to hardcore cursing – but still done in an artistic way.

In freestyle rap, hurling the insult back at your opponent is called a “flip.”

Hip-hop artist Abra, one of the most celebrated battle emcees, spilled the beans about the true science of a rap battle in his recent guesting on Inquirer ShowbizLive last Wednesday, April 11.

While they are given time for preparation, the highlight of battling would have to be the emcee’s ability to adapt to the current situation. Such episodes usually require witty, on-point and knockout freestyle counterslam.

He also added that appreciation for the sport is highest in the Philippines where it has grown significantly from how it was before.