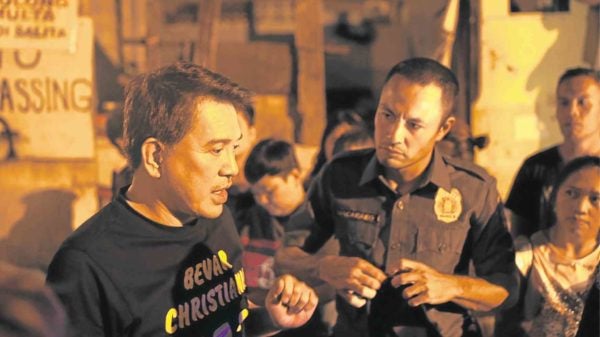 Both Netflix and filmmaker Brillante Ma Mendoza are hardly neophytes when it comes to controversy.

Netflix recently had to parry boycott calls from Oscar-winning actress Mo’Nique (over racial and gender bias) and US conservatives (over the appointment of a former Obama official to its board).

Mendoza, for his part, has been dodging all sorts of censorious bullets ever since he won the top prize in Locarno for his debut film “Masahista” in 2005. Not even bagging best director for “Kinatay” at Cannes four years later would exempt him from vitriolic criticisms.

So when the two got together, one could well expect a bumpy ride.

True enough, soon after Netflix launched Mendoza’s drug war series “Amo” on April 9, the internet has been deluged by a tsunami of intrigues—including calls to boycott Netflix—because of Mendoza’s pronouncements in media.

In an interview with Agence France-Presse, Mendoza said that President Duterte’s “internationally condemned crackdown” on illegal drugs was “necessary.”

That was enough to spark a conflagration, both online and offline. The mother of slain teenager Raymart Siapo has joined the campaign, too.

Inquirer Entertainment asked various Filipino filmmakers to weigh in on the dispute. Let the debate begin.

As Paolo Villaluna, one of the respondents, said: “Discourse is important, especially in our current divisive political environment. In an age where people can’t tell right from wrong, or fake from real, the role of the artist is doubly important.”

I am absolutely against the government’s misleading and unjust drug war, so I will not help promote the viewing of “Amo” if it seems to justify that. But I am for freedom of expression, and I also believe it should be seen by progressive thinking people so that they can objectively react and respond to it.

I’m not against the idea of people publicly criticizing it, in fact we should. But I do not agree with the clamor to take it down. We should use the fact that it is out there to philosophically demolish its ideology. 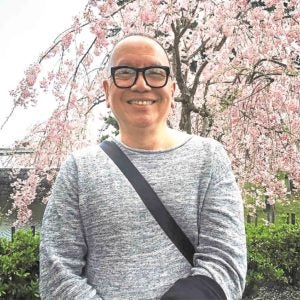 Whether you agree with what it has to say or not, democracy assures you a space for ideas, opinions and positions to find their fair chance to be offered for the public to judge.

Preemptive measures based on presumptions and assumptions regarding the content
of media material are a form
of precautionary censorship, which is equally dictatorial and a violation of human rights—
precisely what certain netizens are protesting against.

Besides, has anyone of them ever seen a single episode to attest that Mendoza’s series is damaging?

Baby Ruth Villarama
It’s sad that it’s happening when there is little Filipino content out there. I want to make it clear though that one filmmaker’s stand on the ongoing drug war doesn’t represent the whole or the truth. There are other films that veer away from any political color and antipoor semantics. As a paying audience member, I look forward to seeing more films that champion the Filipino spirit rather than question it. 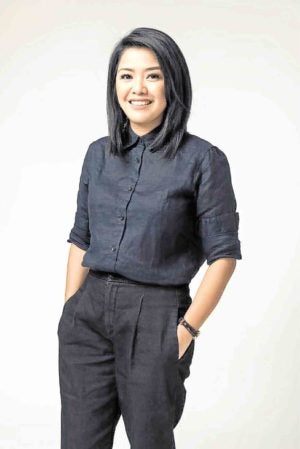 I don’t think boycotting Netflix is the solution. Every filmmaker has the right to express his/her beliefs and opinions. Even if we don’t agree with each other, it’s important that we have the choice to watch, and the freedom to criticize, any film or series. If we boycott Netflix, the other films or shows that need the support of the audience would get affected, too.

Paolo Villaluna
It is Mendoza’s right to express himself through “Amo.” We might not agree with what our colleagues have to say, but we must always fight for their right to say it.

Give the show a chance to be a platform for debate and discussion. However, his press statement that the current drug war in the Philippines is “necessary” is disturbing. Given how the drug war has played out here, his statement can be misconstrued as an endorsement of systemic summary killings and a culture
of impunity.

We want to believe that Mendoza knows it isn’t right to murder fellow citizens regardless of who is involved.

John Torres
No to the war on drugs! No matter how you take it, Netflix is choosing a side by airing a series that seems to justify Duterte’s master plan.

Of course, I have not seen it, but I fear it will be in defense of the administration. I don’t know if boycotting makes a difference. It makes a statement, but it doesn’t quite make a dent, business-wise, on Netflix.

For us filmmakers, we should find venues to make critical work in response to Brillante’s “Amo.” We should ask the right questions and hopefully lead viewers to a more active discussion of the issue.

We should also encourage families of the victims to
document the aftermath, the experience of coping, and the search for justice in their lives on video, using their mobile phone cameras.

Later, we can establish an archive and database to account for the violence in their lives. It can all still be hand-held, real-time or close to it, pulsating and raw, because this time it is now footage taken directly by the people.