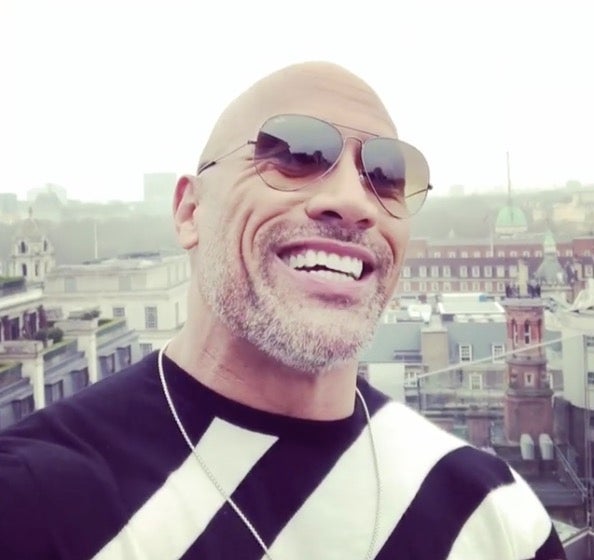 An ecstatic Dwayne “The Rock” Johnson let slip on Instagram that “Jumanji: Welcome to the Jungle” will get a sequel.

Johnson posted the video on April 11 to thank fans who enjoyed the movie and made it Sony’s biggest movie ever. He starred in the movie with Jack Black, Kevin Hart and Karen Gillan. He wrote on the caption: “It’s official: Last night you made JUMANJI, Sony’s biggest movie ever. EVER. Previous record held by SpiderMan. My #1 goal is always giving the audience what they want and always sending ya home happy. Working on the sequel now, so bye bye @kevinhart4real’s character. Love y’all and THANK YOU. #JUMANJI #SonysBiggestMovieEver #Grateful.”

The actor shot the video while doing his “Rampage” world tour in London. He got word of the performance of “Jumanji” in the box office at 2:30 in the morning.

As of this writing, “Jumanji” has earned over $400 billion in the US box office.

Johnson didn’t reveal much about the sequel save that he is also producing it. However, he did tease the demise of Kevin Hart’s character, Franklin “Mouse” Finbar.

“Speaking of giving the audience what they want, I’m gonna go ahead and kill Kevin Hart’s character off for good, and everybody will be happy,” said Johnson with a laugh.

Dwayne Johnson stars in the new movie adaptation “Rampage” as primatologist Davis Okoye. The movie was inspired by a game of the same name where a giant gorilla, wolf and reptile lay waste to a city. It’s all up to Davis Okoye to find a way to stop the rampaging monsters and save the day. The movie premiered today in Philippine cinemas.  /ra