He also wished the network all the best with whatever direction it’s heading to. 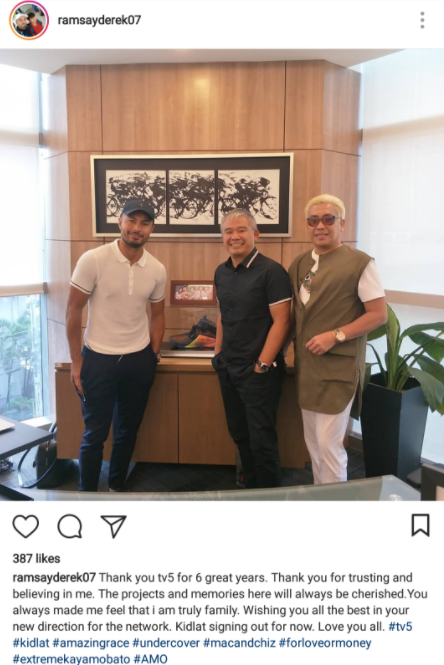 Ramsay transferred to TV in 2012. Back then, rumors of his move was already circulating but when his contract with ABS-CBN expired in February of 2012, he no longer renewed and later moved to the Kapatid network.

He is set to have a movie with Paulo Avelino and Bea Alonzo under Star Cinema titled “Kasal.”

He previously worked with the actress in 2007 for the iconic hit “One More Chance” and in the 2010 series “Magkaribal.”

Now, they’re reuniting for a daring movie about the complex characters of adults whose lives are set to intersect one another’s. Clarizel G. Abanilla/lb