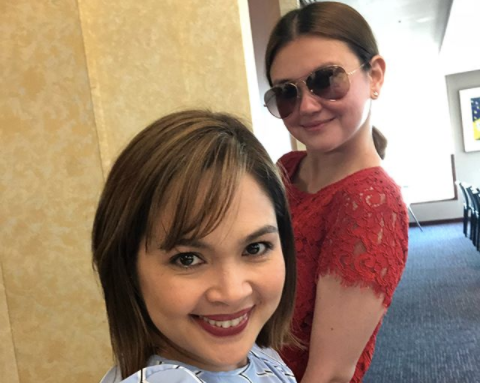 Having veteran actresses Judy Ann Santos and Angelica Panganiban together for a project showed fans that the two are just unstoppable with their platonic chemistry, being each other’s funny confidants.

Santos and Panganiban starred in the movie “Ang Dalawang Mrs. Reyes” by director Jun Robles Lana and was released in the big screen last January 2018. Since then, the two have gotten closer, thanks to the time they’ve spent working together. Back in February, Santos wrote a heartfelt post to Panganiban in her Instagram page, saying she would miss working with her after their time at “Ang Dalawang Mrs. Reyes” had come to an end.

And while there aren’t any new projects yet involving the two again, it seems their friendship continues to blossom as they make time for each other to bond.

Last night, Santos shared on her Instagram Stories a clip of her youngest, two-year-old baby Luna, who was sitting on the floor and was holding what looked to be colored markers. In the background, Santos can be heard asking, “Who’s your visitor?” The camera then panned to Panganiban who was sitting right across Luna on the floor.

The two scream and laugh, with Santos saying, “May nakamiss.” (Someone missed someone.)

Santos then asked Luna what they were doing, with Panganiban quipping, “Painting!” 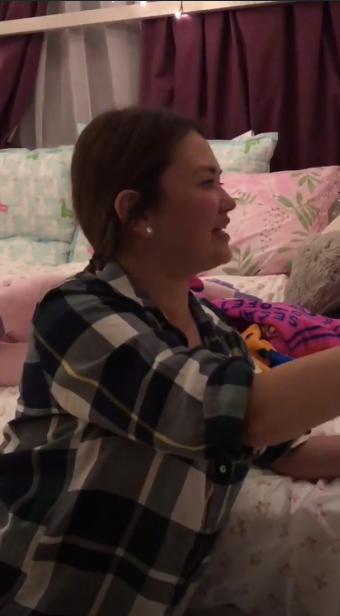 In another clip, the two are seen in hysterics as Santos egged Panganiban on: “Paandaran mo ko, naiintiidhan mo ba yung anak ko?” (Impress me, do you understand my daughter?) 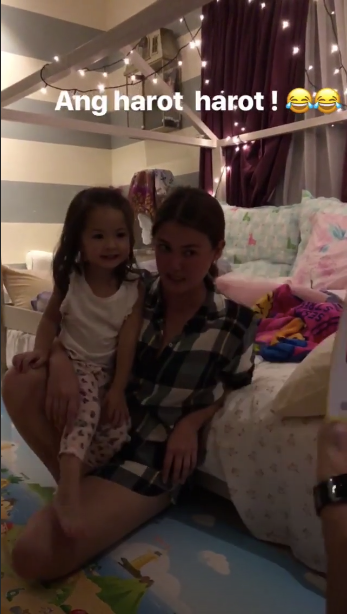 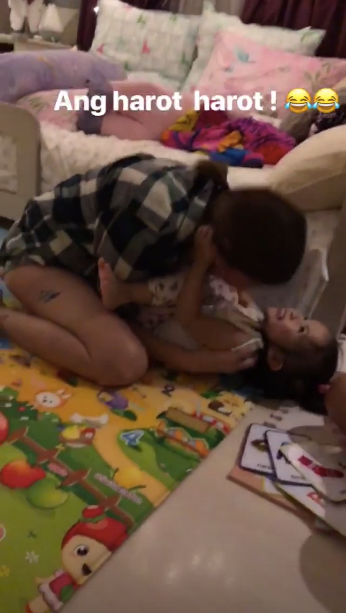 The three of them also had a game of flashcards, where Luna was made to guess the letter as well as the picture that was flashed before her. And when she got one answer right, Panganiban and Santos were overly-joyed and cheered her on, with Panganiban playfully lifting Luna up in the air before bringing her down to the floor and cuddling her.

We can’t blame Panganiban, of course, for who can resist the sweet and adorable little Luna and her bungisngis? It’s easy to be putty in her hands. JB 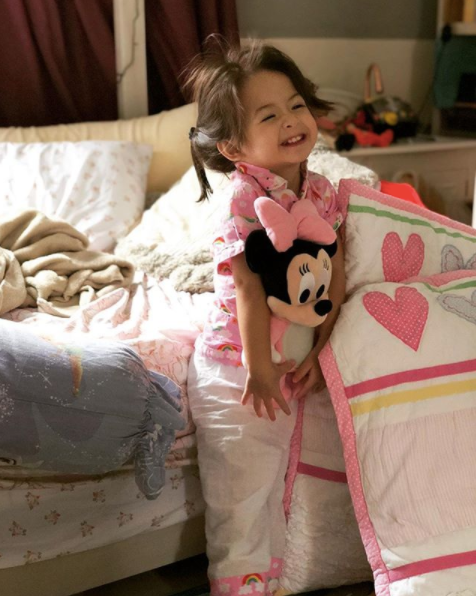 Judy Ann Santos, Angelica Panganiban speak: Which hurts more? To be left for a woman or for a man?