Lin-Manuel Miranda’s musical about U.S. founding father Alexander Hamilton was nominated in a record 13 categories at Britain’s equivalent of the Tony Awards. The show, which turns an early chapter of U.S. history into a compellingly modern story, opened in London in December after taking New York by storm. 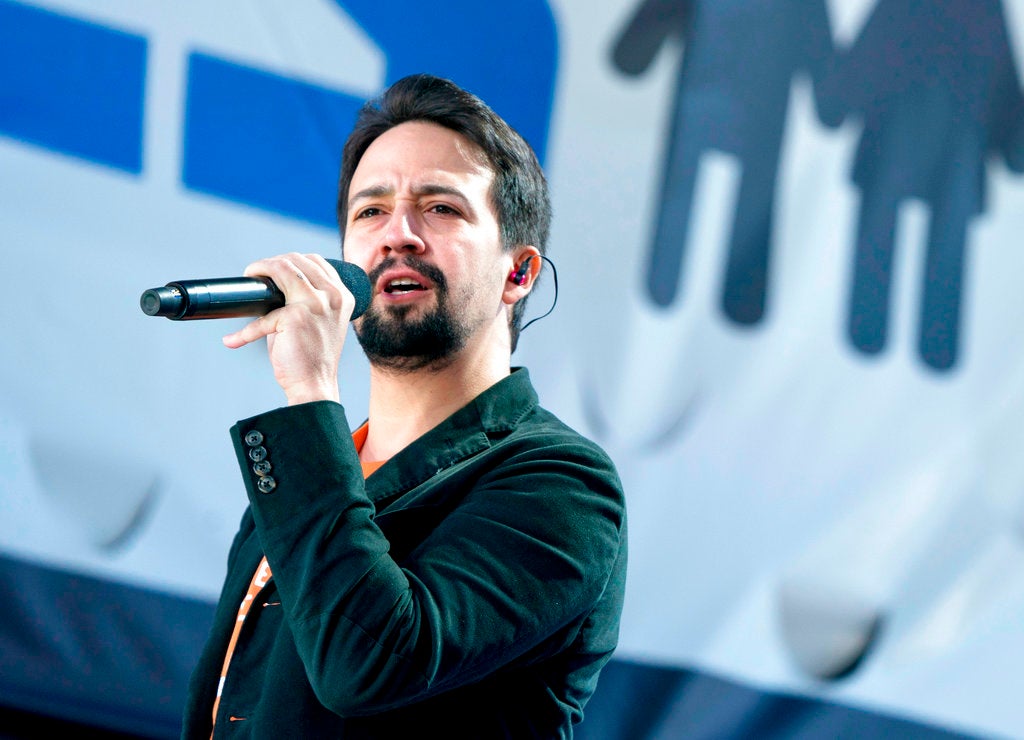 Jamael Westman gained a best-actor nomination in the title role, but lost out to co-star Giles Terera, who plays Hamilton’s nemesis, Aaron Burr. Terera said it had been “the joy of my life” to perform with the most diverse company he’d ever been part of.

“Diversity is not a policy. It is life,” he said.

Backstage, the British actor said he knew the first time he saw “Hamilton” that the show was “the most extraordinary thing I’d ever heard and seen.”

“Every now and again, you have a show which comes along and sort of shifts things and moves outside of the realm of musical theater,” he said, likening the impact of “Hamilton” to earlier revolutionary musicals such as “West Side Story,” ”Les Miserables” or “Rent.”

The show — with a score that ranges from pop ballads and sexy R&B to rap battles — also won Oliviers for outstanding achievement in music, sound, lighting and choreography.

Jez Butterworth’s drama “The Ferryman,” about the past coming back to haunt a Northern Ireland family, won three prizes including best play, best director for Sam Mendes and best actress for Laura Donnelly.

Bryan Cranston was named best actor in a play for his National Theatre performance as a news anchorman who snaps in “Network.” The former “Breaking Bad” star beat rivals who included Andrew Garfield, for playing a man with AIDS in the British revival of “Angels in America” and Andrew Scott for the title role of “Hamlet.”

“It’s very difficult to be mad as hell when you’re holding an Olivier,” Cranston said, a nod to his character Howard Beale’s famous cry: “I’m mad as hell and I’m not going to take it anymore.”

Cranston said the play, based on Paddy Chayefsky’s 1970s screenplay, was highly relevant to the “world of post-truth,” fake news and too much information confronting people today.

His advice for the overloaded? “Turn it off!”

“Television, a phone, a tablet — they’re tools and they have to be used properly,” Cranston said. “But they can also be misused. A hammer is a great tool to drive a nail into a piece of wood, but if I hit you on the head with it, I’ve misused it.

“Being overwhelmed with information doesn’t make us wiser. I think it makes us dumber.”

The National Theatre’s production of “Angels in America,” currently running on Broadway, was named best revival of a play. The British production’s Denise Gough was named best supporting actress for her performance as a Mormon woman in an unhappy marriage.

Named for the late British actor Laurence Olivier, the prizes honor achievements in London theater, musicals, dance and opera. Winners in most categories are chosen by a panel of stage professionals and theatergoers.

The Oliviers have become an increasingly glitzy affair in recent years, awarded at a black-tie ceremony studded with musical numbers.

Just as there was during Hollywood’s awards season, there was a somber overtone to the celebrations. Several British stage companies have recently committed to stamping out workplace abuse, after multiple allegations of sexual wrongdoing by powerful men in the entertainment industry.

Some actresses brought guests from feminist groups and organizations working against domestic violence to Sunday’s ceremony in a show of support for the Time’s Up movement.

Lesley Manville, a best-actress nominee for “Long Day’s Journey Into Night,” said “the tide has turned” in the battle for equality.

“The strength of the movement is now so huge, I don’t think women feel frightened anymore to come forward — and men — when they’ve been victims,” she said. NVG

Read Next
‘Hidden Figures’ could soon be a TV series
EDITORS' PICK
Leveling up your ‘lutong bahay’ with the kitchen companion you never knew you needed
SM prepares for ‘safe malling’
Notice of 2020 regular meeting of stockholders June 18, 2020
LIST: What to expect in areas under GCQ, MGCQ
Drilon wants repeal of penal provisions in proposed Bayanihan extension law
DOTr bares 2 phases of public transport revival in GCQ areas
MOST READ
LIST: What to expect in areas under GCQ, MGCQ
Hong Kong loses US ‘special status’ — what next?
Duterte approves Metro Manila’s shift to GCQ starting June 1
Bocaue Mayor Joni Villanueva passes away, Sen. Villanueva confirms
Don't miss out on the latest news and information.