Toby Stephens (left) and Maxwell Jenkins in “Lost in Space”

The latest incarnation of “Lost in Space,” which will be streamed on Netflix starting April 13, proves that “old-fashioned” isn’t always inferior to “high-tech.”

Its first season, inspired by the three-year, 83-episode sci-fi TV program in the 1960s about members of a family who get stranded on an alien planet after they choose to “start anew” in a “better” world, demonstrates that a “simpler” series isn’t necessarily more unsatisfying than shows with a darker perspective.

To be honest, we don’t like how the series depicts its half-baked main “baddie”—a bully who plays with people’s heads—but, it’s easy to let that slide because there’s more to the show than that niggling, nagging “liability.”

While refusing to dumb down its audience, the shakers and movers behind the adventure franchise want the series to be “accessible” to viewers of all ages, so you’ll find it more wholesome than many sci-fi and futuristic shows on cable and online—no nudity, gratuitous sex or blood-squirting gore. 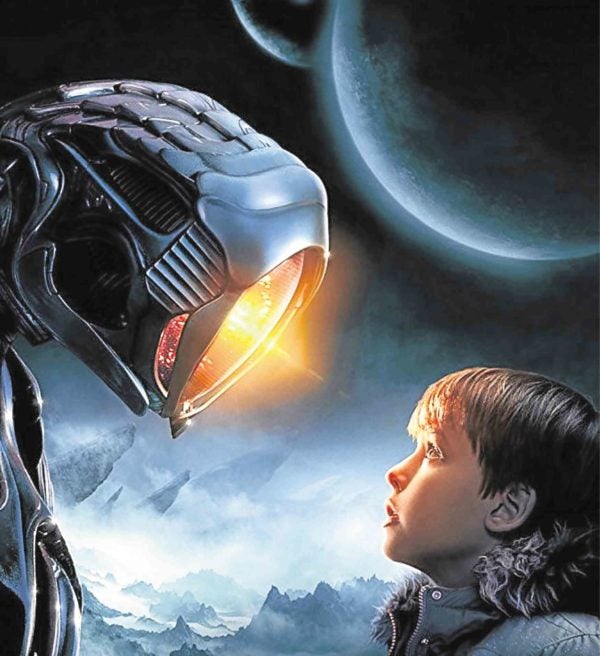 Will (right) and his sentient, shape-shifting pal

In a chat with Inquirer Entertainment last week, lovely lead actress Molly Parker, who portrays brilliant matriarch Maureen Robinson, said that she was pleased about the complex balancing act that the series manages to pull off.

“Audiences are so sophisticated these days that this show needs to have a massive scope,” she said. “It has to be on a scale that feels like a big adventure, while still carrying forward the spirit of the original. I never saw the big-screen 1998 version (starring William Hurt, Gary Oldman, Matt LeBlanc, Heather Graham and Mimi Rogers), so I can’t talk about it.

“But, this brand-new series has kept what was great about the original: At its center is a family caught in an extraordinary circumstance—and that is still what the show is about. So [in that sense], it could [mirror] any family, who just happens to be lost.”

Set 30 years in the future, the show reimagines the (mis)adventures of the Robinson family when its spaceship, Jupiter 2, is torn abruptly off-course en route to their new home on Alpha Centauri, a habitable planet with Earth-like atmosphere, “where there are no wars and instability,” located 26 trillion miles away from us.

In the not-so-distant future in this parallel universe, where space colonization has become a reality, Earth has succumbed to pollution and political strife. Worse, it no longer has blue skies and rainbows, and everyone is at odds with one another—and the only way out of this irreparable mess is a “one-way ticket to the stars.” 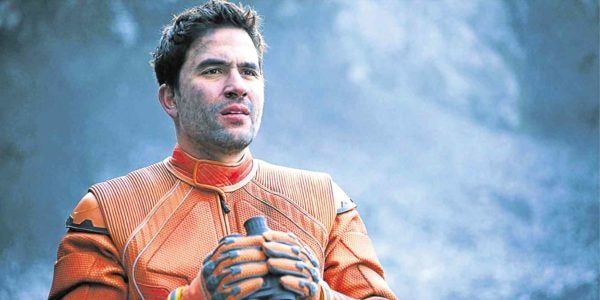 The five-member family is made up of seasoned soldier John (Toby Stephens), his wife, aerospace engineer Maureen (Molly), and their three teenage kids, 18-year-old physician Judy (Taylor Russell), quick-witted 16-year-old Penny (Mina Sundwall), and 11-year-old Will (Maxwell Jenkins), whose innate brilliance is often overshadowed by his insecurities and timid nature.

The Robinsons are just as eager to get a new lease on family life: John, who was estranged from his wife and kids for three years, sees the interstellar “relocation” as an opportunity to make up for his mistakes and earn a place back in the family.

However, even before they could turn over a new leaf, the beleaguered quintet finds itself marooned on a strange Goldilocks planet, where Will forges an “uneasy” connection with a sentient, shape-shifting robot after he saves it from imminent destruction and doom.

The robot’s origins become a crucial and contentious issue throughout the 10-episode series—so, no, you won’t get spoilers here. What eventually becomes clear is that, while the mysterious planet is breathtakingly beautiful, something about it is amiss—a disturbing “discovery” that compels Maureen to do everything in her power to get her loved ones out of it the soonest time possible.

Suffice it to say that, as Will and his family count on the mother ship, The Resolute, to rescue and transport them to Alpha Centauri, they must establish alliances with 63 other survivors from Earth to keep themselves safe from the dangerous elements lurking in the alien environment’s murky shadows.

Other characters they cross paths with include the enigmatic Dr. Smith (Parker Posey); Don West (the Mark Ruffalo-channeling Ignacio Serricchio, who is as charismatic as he is funny), the highly skilled mechanic who smuggles luxury goods on the side; and Vijay Dhar (Ajay Friese), the distant teenage boy Penny gets a crush on.

We’ve seen all 10 episodes of the show, and we’re happy to note that a big chunk of the series isn’t mired in “sugar and spice and everything nice.”

While it’s true that kids can watch the show without the aforementioned PG- and R-rated elements, it’s thankfully devoid of forced or choke-inducing niceties. In fact, it gets “darker, more mature and sinister” as it begins to wrap up its tale in the latter third of the season.

We won’t give away important details of the story but, for fans of the original show, it’s important to take note of the blink-or-you’ll-miss-it cameo of Bill Mumy (who played Will in the 1965-68 series) in the first episode.

The film is a visual feast that is made more fascinating by the new planet’s erratic weather patterns, “cryogeysers,” fuel-eating eels, giant blind bats, light-seeking Godzilla-like creatures, a pond of object-sucking tar, a chicken named Debbie, and a cunning but cartoonish villain who refers to the people he/she manipulates as “a tribe of fixer-uppers.”

More than any of its edge-of-your-seat moments and a season finale that is as thrilling (or heartbreaking) as all get-out, “Lost in Space’s” latest revival largely benefits from scenes that brim with feel-good, chemistry-fueled warmth, thanks to affable actors who look like they genuinely care for each other.

For any series that wants viewers to rally behind its characters, that’s always a good thing.