Sharon Cuneta happily shares things she loves about her family 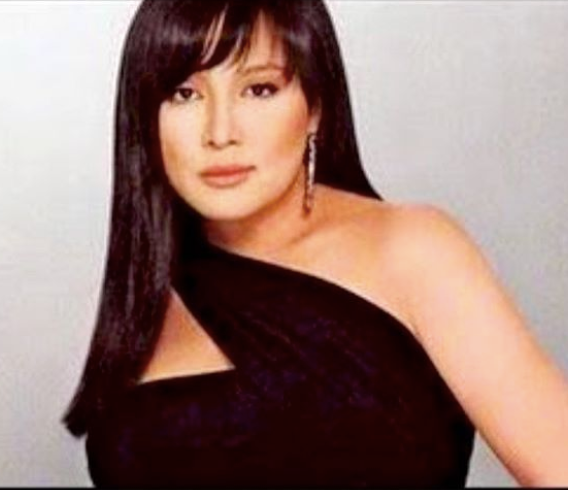 Megastar Sharon Cuneta has been blessed with things way more than a normal person could wish for. But to her, her family is her greatest gift and so now that she’s recovering from her recent surgery, she’s very happy to see her loved ones being extra sweet and expressive to her now more than ever.

In an Instagram post on Thursday, she uploaded a text photo of how she is now doing and how her family is taking care of her.

Her marriage to Sen. Francis “Kiko” Pangilinan may have been hit by controversies time and again but they have survived the storms and are still with each other until this day. And so, the megastar shared to her followers a sample of the senator’s sweetness.

“You probably won’t imagine my husband asking me. ‘Sweetheart, you want coffee?’ And because he know I want to say yes even if I answer ‘Yes Dada but later na lang it’s okay’ – he’ll get up and make me a cup of coffee. He’ll carry my bag when we go out,” she wrote.

It might be odd but the ever-busy megastar actually likes being sick because her husband becomes “extra sweet” to her.

Her youngest daughter Miel on the other hand would ask her “Mama do you want me to put food on your plate for you?”

And then her son Miguel would also ask her “Mama can I carry you laptop for you?” and Frankie and Miel would. From time to time send her messages.

With the overflowing love she gets from her family, she treasures her every moment with them. And when the world takes a toll on her, she all she wants is to be in the company of her husband and loving kids.

“I feel so BLESSED I love being closed off from the rest of the world and just being with the people I love,” she wrote.

In the end, she gave a heartfelt thank you to Kiko for the love he has given her all these years.

“Thank you for loving me and not letting me go,” she wrote. 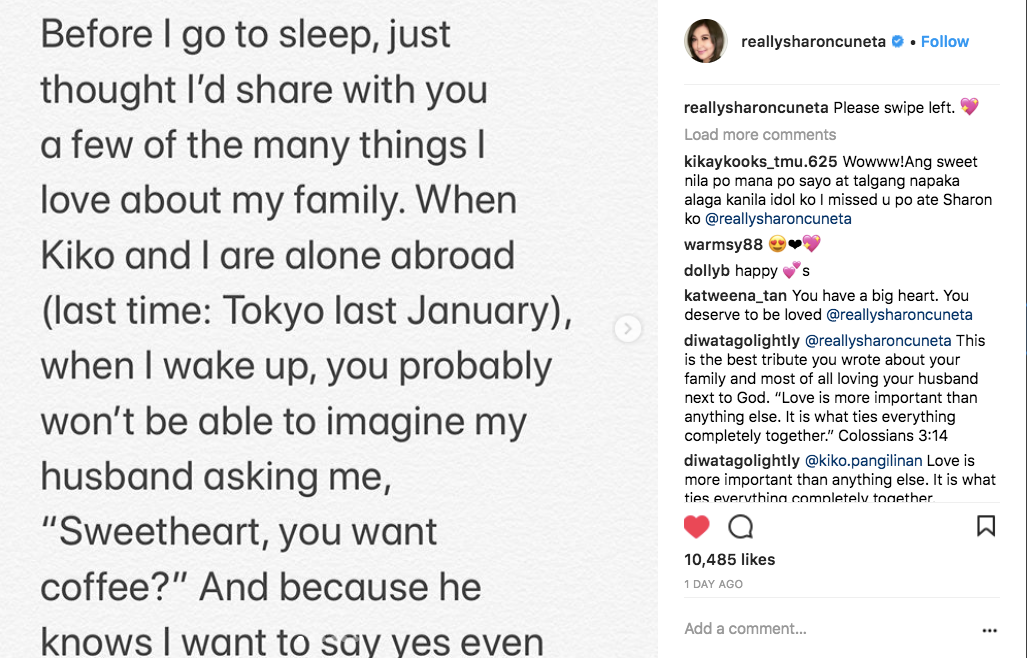 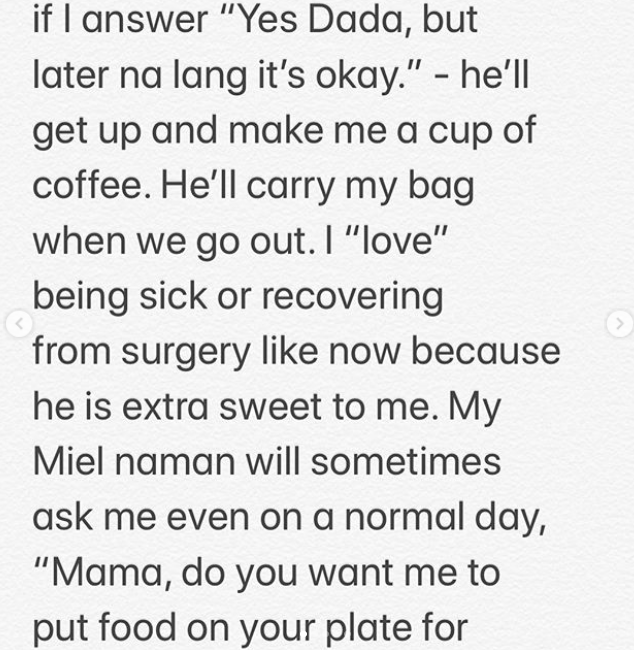 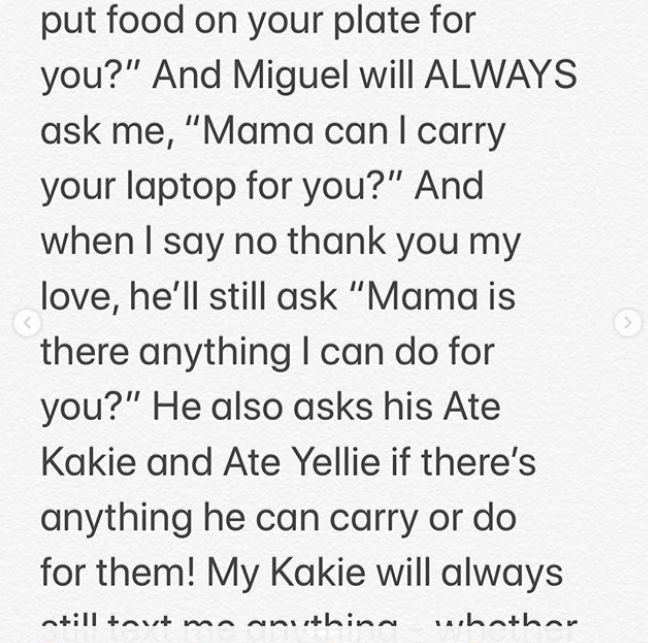 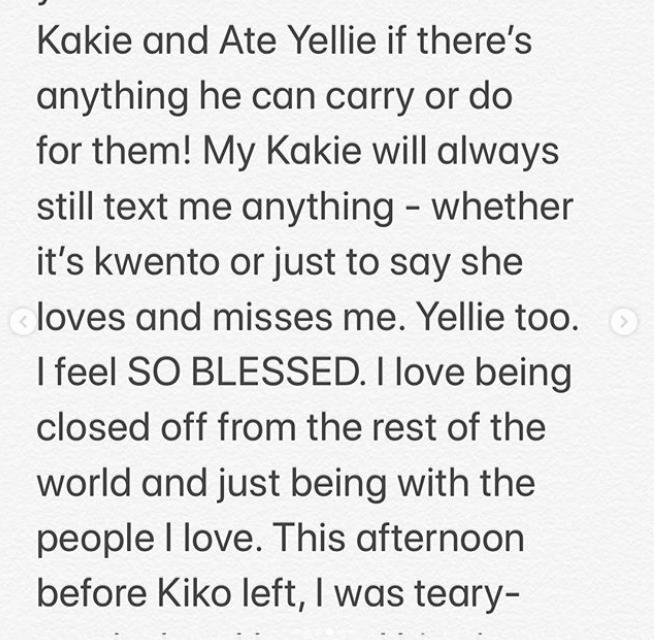 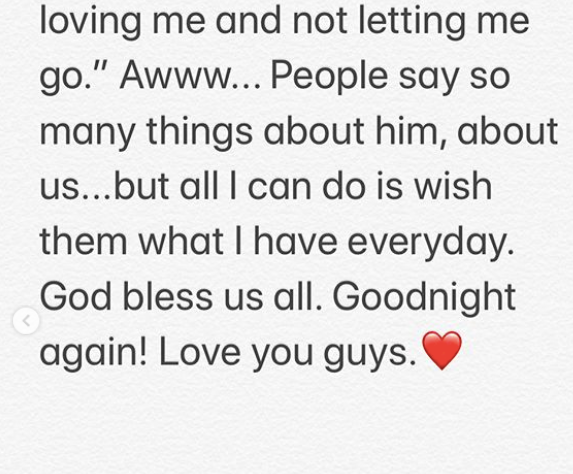 Her marriage to Kiko has been bombarded with controversies mostly dealing with alleged infidelity on the senator’s part but nothing has even been proven. In past posts, the megastar has been open in saying that she and the senator have almost lost each other in 2017. She has also been seen posting cryptic posts about her family but as of this moment, the megastar is only nothing but thankful for the love gets from them.

Cuneta is also on hot seat once again over issues involving ex-hubby Gabby Concepcion. After their much-talked about television reunion, the public is puzzled once more why they have suddenly unfollowed each other on Instagram.

Fans though are still hoping that the much-raved for reunion movie still happens.   / muf