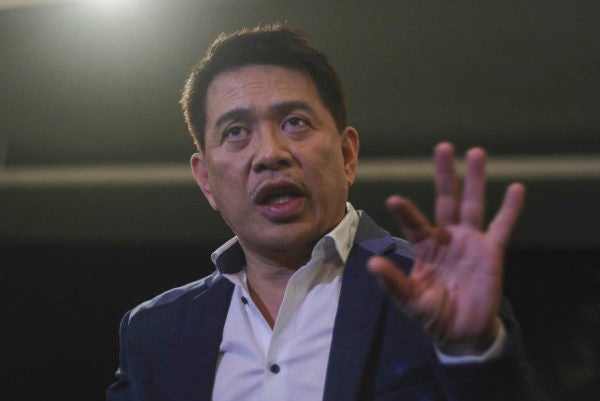 The deadly drug war waged by President Duterte is to be dramatized in the first Netflix series by award-winning director Brillante Mendoza, who says the internationally condemned crackdown is “necessary.”

“Amo,” which premieres on April 9, is about a high school student who starts selling “shabu” (crystal meth) and ends up tangled in a nightmarish world populated by violent kingpins and corrupt officials.

It is the latest up-close examination of the dark side of Philippine life from Cannes-honored Mendoza, a Duterte supporter who has filmed two government advertisements promoting the President’s deadly campaign against illegal drugs.

‘Other side of the coin’

“The reason why I did this is so people can see the other side of the coin,” he said—from the point of view of the “victims” as well as the “victimizers.”

Police say they have killed roughly 4,000 drug suspects who fought back during arrest since Mr. Duterte launched the campaign nearly two years ago, promising to rid the nation of narcotics.

But rights groups claim the actual number is three times higher and accuse authorities of slaying unarmed slum dwellers in a nation where a quarter of the population lives in poverty.

“Amo,” Filipino for “master,” explores the drug problem as experienced by different characters, including a student and his policeman uncle.

Mendoza said he would not like the series “to look like propaganda for the government … It is not.”

Nonetheless, the filmmaker stressed he remained an “advocate” against illegal drugs.

Netflix did not respond to AFP’s requests for comment.

In a Filipino film industry dominated by syrupy, star-driven productions, Mendoza runs an independent production outfit that stands out for its choice of controversial topics.

He crafts stories of ordinary people in situations ranging from prostitution to corruption.

His “Kinatay” (Butchered), a gritty film that graphically depicts the rape, murder and dismemberment of a sex worker, won him the Cannes best director award in 2009.

His films have been well received in Europe and in 2014, Mendoza became the first Filipino director to receive one of France’s highest honors, the Chevalier dans l’Ordre des Arts et des Lettres (Knight of the Order of Arts and Letters).

Mendoza earlier told AFP he learned about the full extent of the nation’s drug problem while doing research for the 2016 film “Ma’ Rosa,” which won the Cannes best actress award.

The director said he did not want to comment on the current state of Mr. Duterte’s drug war, or the preliminary examination announced by the International Criminal Court over the crackdown that critics say amounts to war crimes.

“I think my work, including the series I’m doing, speaks volumes about what I want to say. I’d rather have my work do the talking,” he said.

‘Based on real events’

Mendoza said “Amo” was originally shot for a Philippine television station that contracted him to make a series of films.

But he convinced the network boss to “explore … platforms other than free TV” for the series, and sent two of the episodes to Netflix.

“I think one of the reasons why they were interested in the material, in the story, is the way it was shot. It looks very realistic, like a documentary-style shoot and unlike your typical TV series,” Mendoza said.

“This is something based on research, and the police had their input, too. Our story was based on real events,” he said. —AFP