The rebirth of ‘Jesus Christ Superstar’ 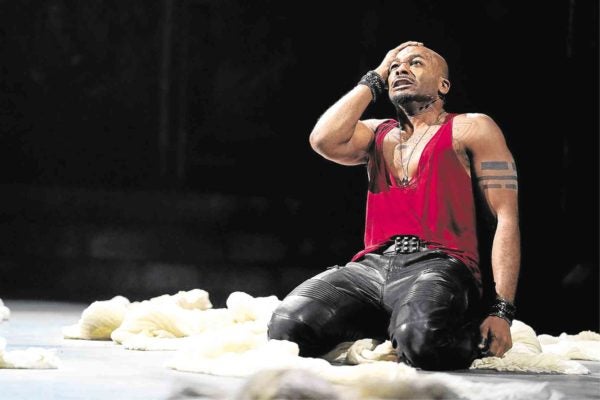 LOS ANGELES—Jesus Christ rocked again. Almost half a century since Andrew Lloyd Webber and Tim Rice premiered their “Jesus Christ Superstar” as a concept album in 1970, the rock opera mesmerized again and won over a new generation that experienced the musical for the first time.

The musical has not exactly been out of sight over the years. It debuted as a stage musical on Broadway in 1971, has had several incarnations, including the 1973 film adaptation.

The decision of the producers, Neil Meron, Craig Zadan and Marc Platt, to stage this chestnut as a live concert, with an audience cheering, saw a virtual rebirth—fitting since it was Easter—of the show.

And the move to produce the musical in a cavernous armory allowed a larger-than-life production that injected spectacle to the piece. The musicians played and were visible in various spots of the huge scaffolding set and added to the live concert energy. 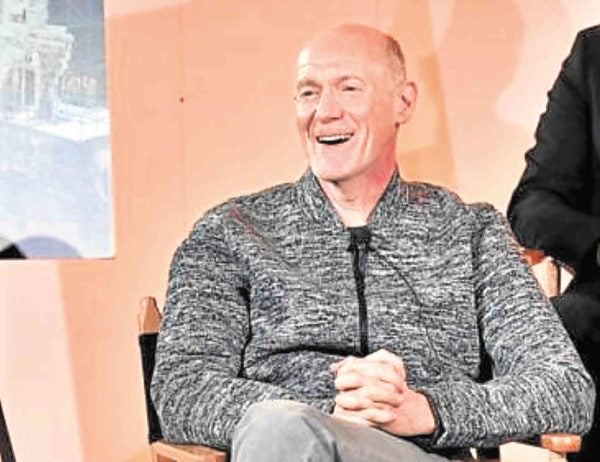 Brilliant stagecraft by directors David Leveaux and Alex Rudzinski resulted in some breathtaking moments, especially toward the end when the crucified Jesus appeared to float away and disappear into white light.

But with the television cameras able to zoom in on the cast, the show also allowed an intimate feel, especially in the moving ballad numbers.

And what a cast! John Legend, as Jesus, delivered one powerfully raw song after another. A star is born in Brandon Victor Dixon, whose Judas is electrifying from start to finish. Sara Bareilles’ Mary Magdalene songs (“I Don’t Know How to Love Him” and “Everything’s Alright”) were a great counterpoint to Jesus and Judas’ numbers.

Alice Cooper as Herod was inspired casting. The rock veteran showed how it’s done in just one number. While Ben Daniels has won awards and nominations in West End and on Broadway, “Jesus Christ Superstar Live in Concert” marked his debut in a musical. His Pontius Pilate was riveting.

We applaud the multicultural casting, with standouts like Jason Tam, Norm Lewis and Jin Ha. The overall production took us by surprise. We did not expect to be strongly captivated by this “JCS” again.

In an exclusive interview, producer Neil Meron talked to us about his and Craig Zadan’s best live musical television production so far. The duo brought us previous live telecasts of other musicals, including “Hairspray,” “The Wiz,” “Peter Pan” and “The Sound of Music.”
Their other credits include the 2003 Oscar best picture winner “Chicago” and the 2007 movie adaptation of “Hairspray” that starred John Travolta as Edna Turnblad. They also produced the Oscars show several times.

Neil and Craig have been working together as a team since the 1970s. 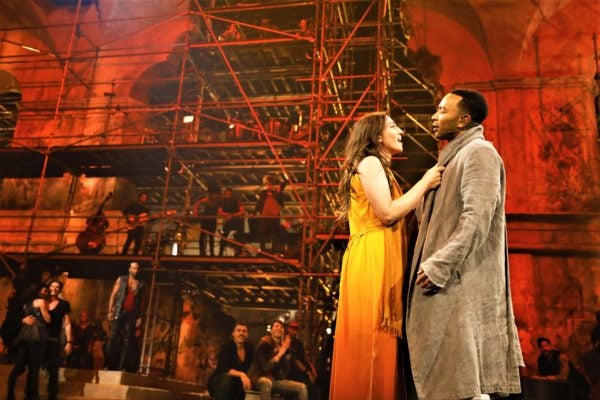 Can you talk about casting John, Brandon, Sara, Ben and Alice? What cinched the roles for them? We never thought John Legend was a possibility. It wasn’t until our music producer, Harvey Mason Jr., said, “What about John?” And we said, “Do you have an avenue to get in touch with him?” He said, “Yes.”

He contacted John’s managers, and there was immediate interest. We took it from there.

Brandon came into the room to audition, and we were knocked out. He was always the person to beat. Nobody else could come close.

Alice was the first person cast. (Lyricist) Tim suggested him. We all thought it made perfect sense. We built the show around his casting. It was an exciting piece of casting that got others excited, too.

Sara was always on our list of people to consider. NBC Entertainment chair Bob Greenblatt went to see “Waitress,” in which Sara was starring. He thought she’d be incredible.

Ben sent a tape of him singing “Pilate’s Dream.” He’s a magnificent stage actor. He had never done a musical, so we were impressed by what he had sent us. 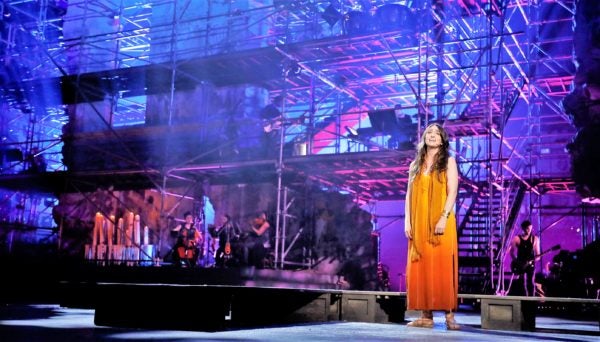 How did John and Brandon prepare themselves physically and vocally? John sings for a living, but he came in and worked his tail off in terms of his acting performance. He worked closely with our director, David.

Brandon is a trained Broadway performer, and he discovered Judas throughout the rehearsal process. Vocally, he has always been in top shape because of his Broadway training. His lungs are made of steel. He is one of Broadway’s best and now, hopefully the entire world will know who he is.

Props also for the terrific multicultural casting. Craig and I have always been a champion of inclusive casting, from the time we did “Cinderella,” with Whitney Houston. We just followed what we think reflects the world that we live in. 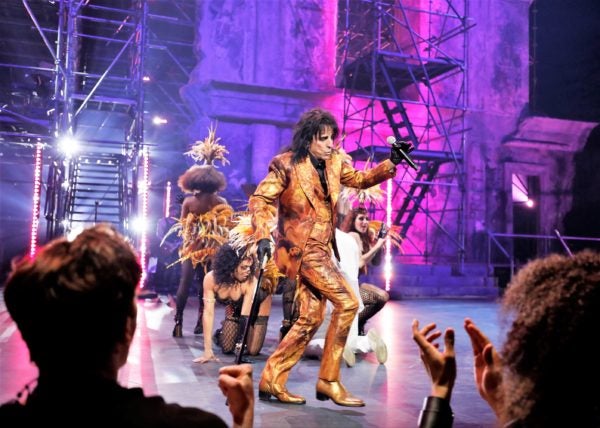 What was your collaboration with Andrew and Tim like? Craig and I have known Andrew and Tim since the ’70s. We already had a preestablished relationship and a certain level of trust.
We kept in constant touch, and they had certain approvals over the cast. They were thrilled with whoever we brought to them. After Sunday’s performance, they were deeply moved and thrilled with the outcome.

Going into the live telecast, what were the specific challenges of this production? Our decision to be interactive with the audience was something new for us. We were curious as to how it’d work since we had never tested it before.

Also, the concert-like staging had never been done before in live musicals, so we were faced with that challenge. We had discussions on whether we should have the orchestra onstage, backstage or do what we had done previously with prerecorded music. Ultimately, we decided on the live-concert feel, [with] live musicians. 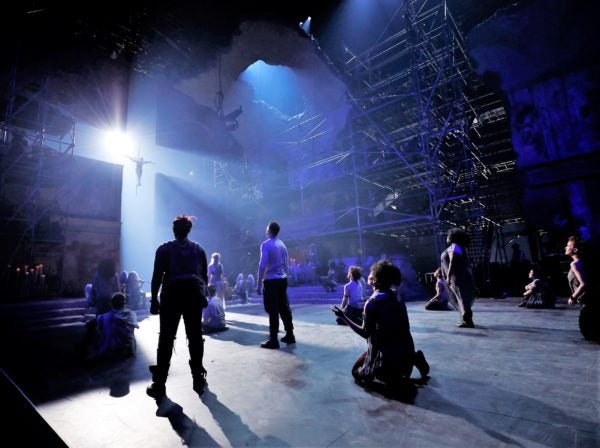 Can you talk about finding and deciding on the Marcy Avenue Armory? We had run through various scenarios as to where we could stage this, from the Hollywood Bowl to the desert of New Mexico.

Ultimately, we decided that to get that raw feel and be able to control the lighting and other production elements, we wanted to be indoors.

Our NBC production team found the armory, went and scouted it, and felt that it would be the perfect place to stage our show.

For you, what was the highlight during the live telecast? It’s hard to single out one particular highlight as there were so many … Sara’s definitive rendition of “I Don’t Know How to Love Him,” John’s intensely moving “Gethsemane,” Brandon blowing the roof off when he did the “Superstar” number, and the final image of Jesus on the cross as it turned into white light. 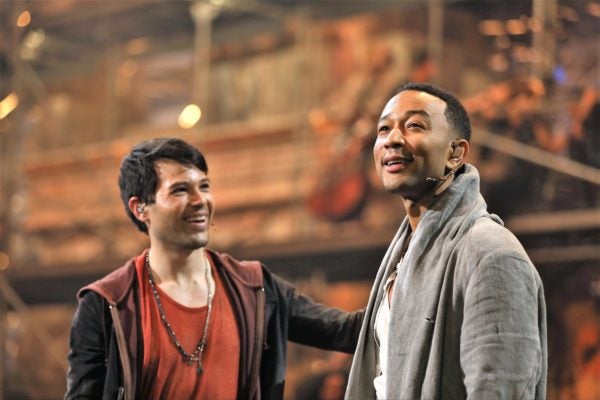