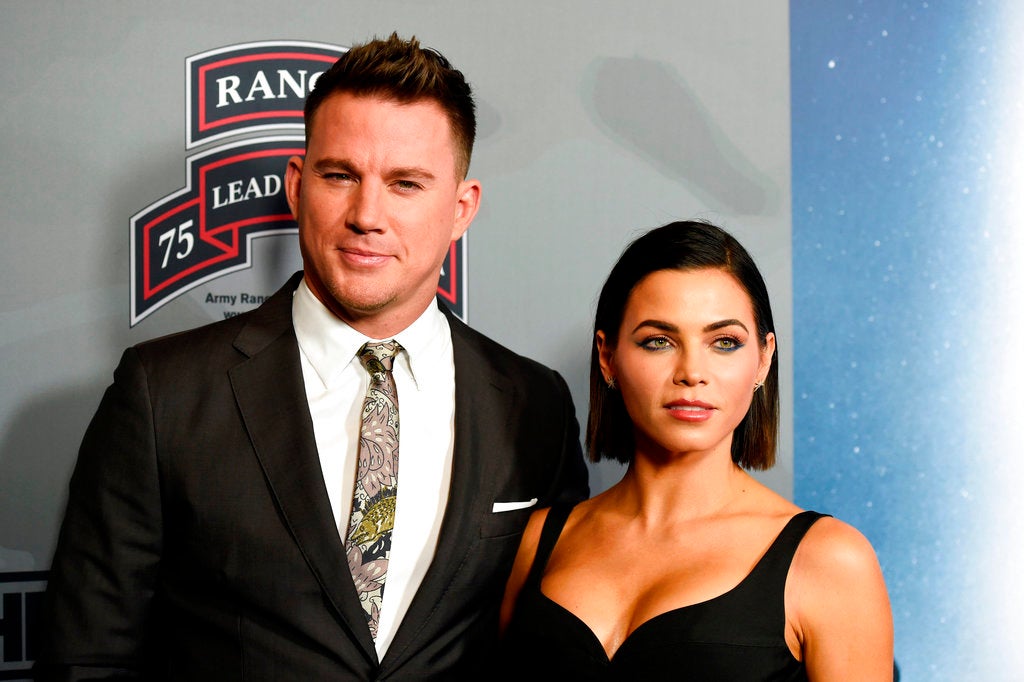 FILE – In this Monday, Nov. 6, 2017, file photo, Channing Tatum, left, executive producer of the HBO documentary film “War Dog: A Soldier’s Best Friend,” poses with his wife, actress Jenna Dewan Tatum, at the premiere of the film at the Directors Guild of America in Los Angeles. On Monday, April 2, 2018, the Tatums announced via a joint Twitter post that they have decided to “lovingly separate as a couple” after nearly nine years of marriage. (Photo by Chris Pizzello/Invision/AP, File)

NEW YORK — Channing Tatum and his wife Jenna Dewan Tatum say they have decided to “lovingly separate as a couple” after nearly nine years of marriage.

The couple broke the news in a joint Twitter post on Monday night, saying there are no salacious details behind the split. They say they are best friends who have decided their relationship has run its course.

“We have lovingly chose to separate as a couple,” their joint statement read. “Absolutely nothing has changed about how much we love one another, but love is a beautiful adventure that is taking us on different paths now.”

Previously, Dewan Tatum opened to Health magazine about she and her husband having a “perfect life”, and instead saying that they work hard to keep their relationship strong.

“When people say you guys have such a perfect life, I want to scream and tell them no one’s perfect,” the actress told Health in February. “I think there are such things as great fits. It is a great fit as long as you are growing together, and I think up until this point we’ve really grown together. Even if one starts to grow, the other catches up and vice versa.”