WATCH: Marlo Mortel posts throwback videos of himself a baby 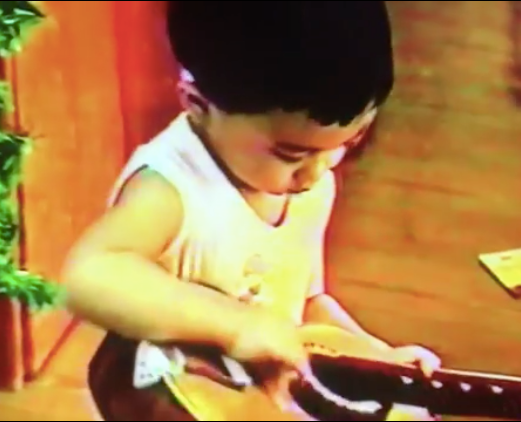 Kapamilya actor/TV host/singer Marlo Mortel gave his fans a glimpse of him as a cute, cuddly baby who was already showing potentials of a performer in the making as shown in some throw back videos of himself he posted on Facebook and Instagram.

The first video showed little Marlo dancing on his chair while sitting. A treat to his die-hard girl fans, the Kapamilya heartthrob wore no clothes from waist down.

He captioned it, “Hidden talent ko? Sumayaw ng nakaupo without salawal 🙈 (2 y.o. Me & my Dad)”

Another video showed him playing a guitar at two years old as if knowing already what he’d be when he grows up.

My dad just recovered a vid of me playing the guitar at 2 y.o. 🤭

A third video showed him magnetized by an ice cream sundae.

More than his singing talent and acting promise, he is mostly praised by his fans because of his love for his ailing mom. His mother, Merlie Pamintuan has stage four breast cancer.

His mom was first diagnosed in 2014 and the singer has always said that most of his earnings go to the medical expenses of his mother.

In October last year,  he staged a successful benefit concert called “Songs for Mama,” in which the  proceeds went directly to his mom’s medications.

Mortel is busy with his acting and singing engagements.