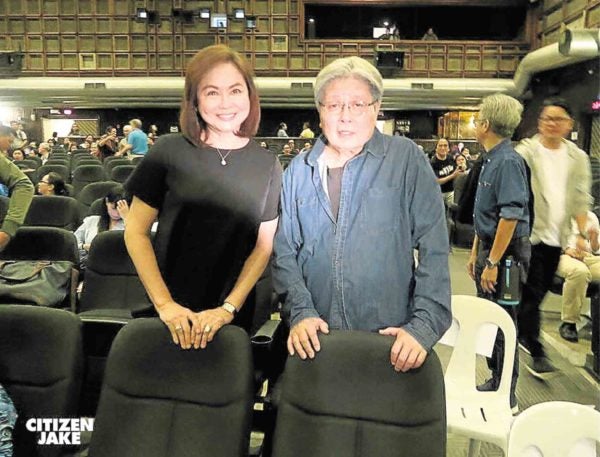 Filmmaker Mike de Leon had an instant reunion with Charo Santos-Concio, the lead actress of his 1976 film, “Itim,” at a recent screening of his latest movie, “Citizen Jake,” at the UP Cine Adarna.

“It was great, of course,” De Leon told the Inquirer about the encounter. “We will probably get to talk and catch up soon.”

Apart from “Itim,” which was the debut movie of the duo, they also collaborated on two other classics from the Second Golden Age of Philippine cinema: “Kakabakaba Ka Ba?” (1980) and “Kisapmata” (1981).

In the meantime, De Leon, who seems reinvigorated by the rave reviews for his comeback movie after a 19-year hiatus, might go back behind the camera sooner than expected.

“I am working on a couple of ideas now,” he related. “‘Citizen Jake’ shouldn’t be the end of my career as a film director, I now realize. But there’s my health to consider. We’ll see if and when this film gets a wider release.”

US to impose visas restrictions for pregnant women