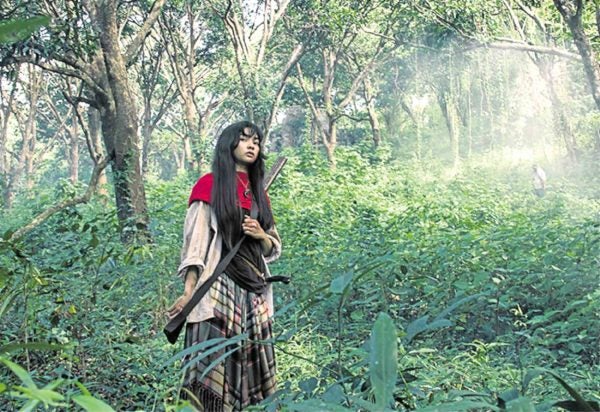 Netflix has bagged the acclaimed film, which was the Philippines’ official entry in this year’s best foreign language film category of the Academy Awards.

The global streaming giant will release “Birdshot” locally and internationally today. Since “Amo” will be available for streaming on April 9, “Birdshot” will be the first Philippine content to be released worldwide on Netflix.

(Netflix carries Erik Matti’s “On the Job” in North American territories, via a deal with its distributor Well Go USA. Matti’s film is also available on Amazon, iTunes, Vudu and Hulu.)

Robert Roy, vice president of content acquisition at Netflix, said in a statement: “‘Birdshot’ is a mesmerizing thriller that’s beautifully shot, and since its debut [at the Tokyo International Film Festival], it has been widely recognized by critics.”

Red’s film won the top plum in the Asian Future section of the Tokyo fest in 2016.

“We are confident that the film will equally resonate with the more than 117 million Netflix members globally,” said Roy.

Red told the Inquirer: “It’s overwhelming! I’ve always been a Netflix fanboy. Having content that is watchable by millions of subscribers worldwide is just a dream come true for me. It’s the widest potential audience any filmmaker could aim for.”

The young director pointed out that it’s “a profound feeling to have your stories and imagination come to life and be shared with millions of streaming subscribers across the globe.” Red volunteered that telecommunications giant Globe, which handled the film’s marketing, “secured the Netflix deal for us.”

Executive producers Fernando Ortigas and Eduardo Rocha of TBA Studios remarked: “We are honored that Netflix chose our film to be part of its library. It’s exciting that the global audience can now enjoy and experience Filipino artistry.”

They explained that we are in the midst of the “third Golden Age of Philippine cinema while celebrating our film industry’s centennial year. Now more than ever, Filipino movies deserve to be seen by the world.”

Filmmaker Quark Henares, Globe Studios head, noted: “I am ecstatic. And I feel this not only as part of the film, but also as a major fan of it. You don’t know how much work we put in and how long it took for this deal [to push through]. When I finally see it on my Netflix front page, I think I’ll burst into tears.”

Joe Caliro, Globe head of Creative Marketing and Multimedia Business, related: “We’re now inspired to strengthen more partnerships with content producers and come up with other world-class projects. This kind of recognition just brings in a new level of inspiration and another validation of Filipino talent.”

Red asserted: “I hope this will open doors to other Filipino filmmakers. I hope to continue to create films with universal themes that are accessible to an international audience.”

Read Next
Keeping the faith: Regine, Dingdong, Atom and other celebs
EDITORS' PICK
Cherry Mobile teams up with Cloud Panda PH, launches online store
COOCAA TV Bounce Back Sale offers up to 50% off
COVID-19 infection in PH soars to 21,340; 714 new cases logged
Smart launches new LTE-Advanced Pocket WiFi Plans starting at P699 per month
Enforcers who abuse anti-terrorism measures will be punished – Lacson
Villanueva urges gov’t to ramp up aid for unemployed workers amid pandemic
MOST READ
Can Crawford survive the Pacquiao blitz?
Something about KC that worries mom Sharon
Kim Chiu’s viral dance video has no violations, MMDA agrees
Enforcers who abuse anti-terrorism measures will be punished – Lacson
Don't miss out on the latest news and information.