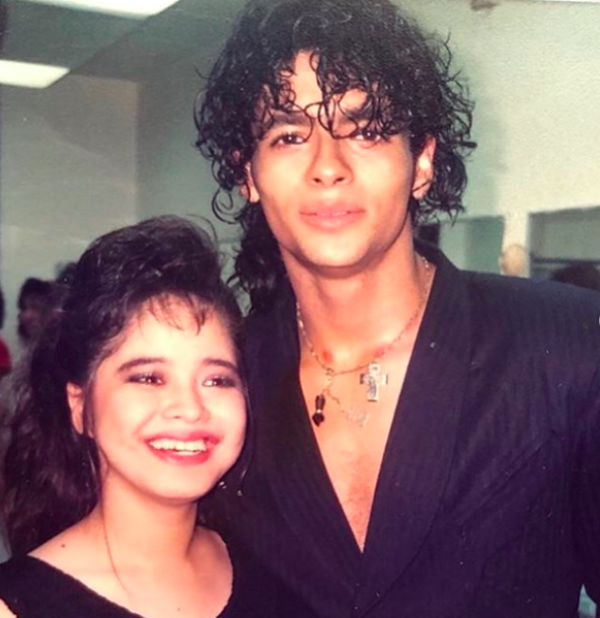 An ‘80s teen queen herself, Manilyn Reynes had the chance to perform for one of the decade’s most celebrated global teen heartthrobs, Draco Rosa, formerly known as Robi Rosa, of Latin American boy band Menudo.

She may be a full time actress now but in her teen days, she was a concert performer. She just reminded the fans how talented and lucky she was for front acting for one of the biggest heartthrobs of the ‘80s.

Taking from the post, the concert was held at the Folk Arts Theater that’s now Tanghalang Francisco Balagtas. 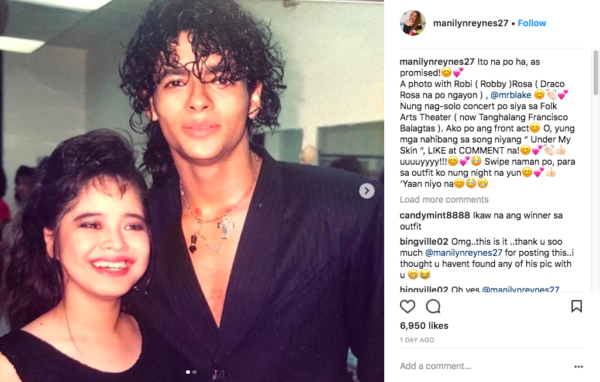 She was no less than a rocking bombshell. Sporting the signature ’80s curly hair, updone bangs and Tomb Raider-type outfit, Reynes was definitely a rockstar. 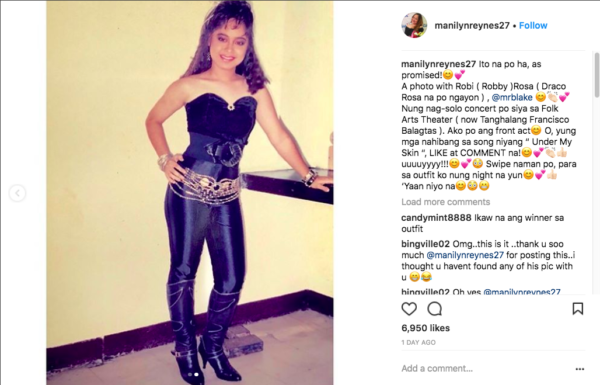 She was part of the iconic girl trio called “Triplets” alongside fellow ‘80s teen queens Sheryl Cruz and Cristina Paner.