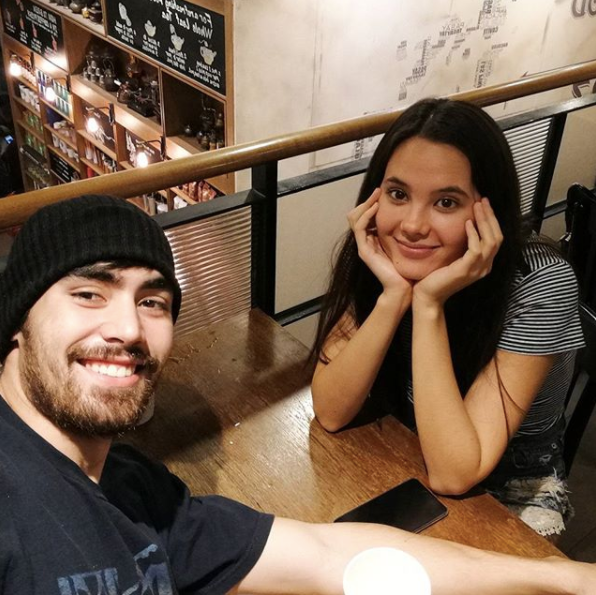 As Catriona Gray swept the Bb. Pilipinas pageant — ultimately crowned as Bb. Pilipinas-Universe 2018 — no one seems to be prouder than her boyfriend Clint Bondad.

Bondad, a Filipino-German actor and model, has been dating the beauty queen for the past five years. He is also among the hunks who are members of variety show ASAP’s Coverboys.

After her win, the supportive boyfriend shared the picture of the two of them and called her, “My Queen. My Everything.”

He also dedicated another social media post with a picture of the beauty queen and praised her for her achievements: “You ABSOLUTELY stood out and literally made history by being the first Filipina EVER to hold Miss World Philippines (2016) and now Miss Universe Philippines (2018) and on top of that even won the most major special awards ever in the later.”

Gray finished in the Top 5 in Miss World 2016; for Bb. Pilipinas 2018, she earned awards which included Pitoy Moreno Best in National Costume Award, Best in Swimsuit and Best in Long Gown.

“I always said you are extremely smart and sharp! Now everyone literally knows that I wasn’t exaggerating. I swear you are the most intelligent and amazing woman I have ever met,” he gushed. “You are like a diamond. You don’t crack under immense pressure because it’s what created you.”

Bondad also doesn’t hold back on how much he admires his gorgeous girlfriend in other social media posts.

For Valentine’s Day, he promised her, “You are the one person in my life who I would die for a million times but resurrect one million and one times just to make sure that I give you everything that I have.”

“You are my life’s biggest motivation,” he added.

Certainly, Gray doesn’t need a crown to be called a winner — many already believe she is, and perhaps no one more than her smitten boyfriend. JB