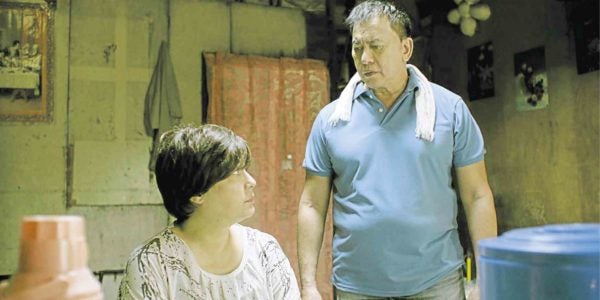 First stop for the Filipino film was Finland, at the 6th Helsinki Cine Aasia.

According to the Helsinki fest’s website, Alix’s film “delivers a strong social message about [President] Duterte’s drug war … seen through one typical mom-and-pop business … in a situation where the rules are [often] changed, but the system stays [the same].”

The Helsinki fest aims to present “the best of Asian contemporary cinema”—the “most talked about and touching new movies” from the region.

This year, the fest focused on “stories about society, finding one’s place in the world and animal encounters from 10 Asian countries.”

After Helsinki, Alix’s movie will be shown at the 32nd Fribourg International Film Festival in Switzerland, ongoing until March 24.

The fest’s site notes that Alix, “the most prolific young Filipino filmmaker” on the scene today, “delves into the hell of life in the Philippines under Duterte and his merciless war on drugs.”

Alix’s latest movie—which topbills Gina Alajar, Felix Roco and Phillip Salvador—is vying for the top prize in the International Competition: Feature Films section, which showcases “12 brand-new productions from Asia, Latin America, Africa and Eastern Europe that stand out for their innovation and capability to touch the audience.”

Alix told the Inquirer: “I am honored to be given the chance to present a film in Fribourg once again, [six years] after ‘Isda.’ I am curious to find out how the audience will react to my new film, given that its subject matter is very timely.”

Alix pointed out: “Film has always been a reflection of the current times, and I think the drug issue needs to be discussed and evaluated as it concerns all of us and the fundamental rights of every individual.”