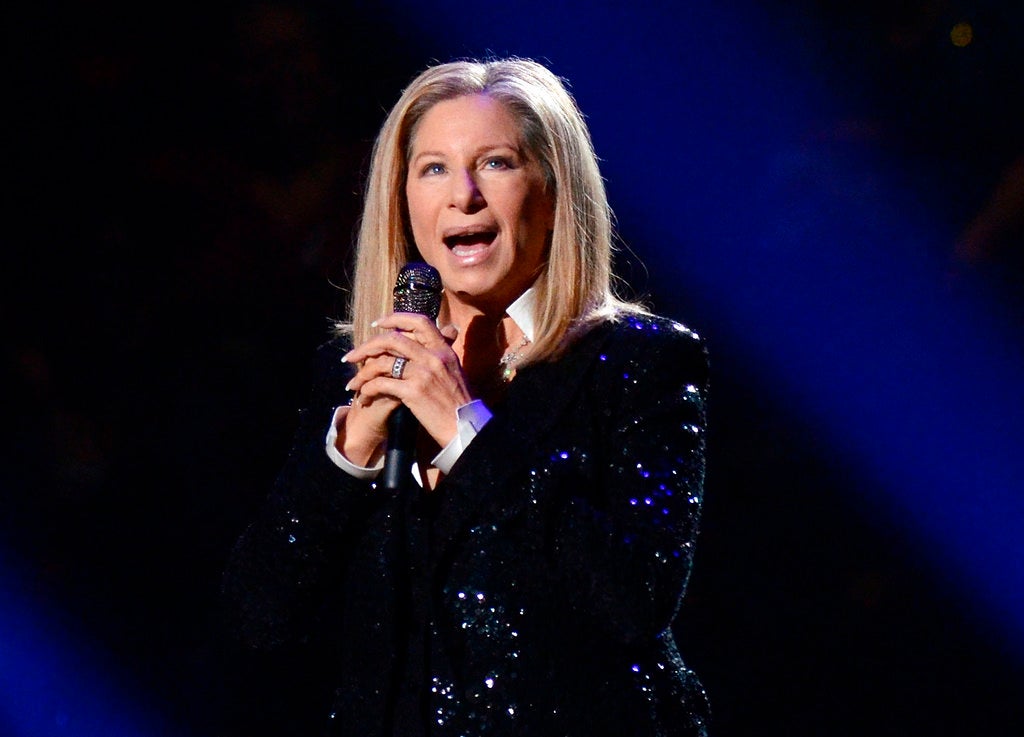 During a Friday, March 16, 2018 tribute to her decades of TV music specials and other programs, Streisand said she’s never suffered sexual harassment but has felt abused by the media. (Photo by Evan Agostini/Invision/AP, File)

During a tribute to Streisand’s decades of TV music specials and other programs, producer and long-time admirer Ryan Murphy queried her about her career, the #MeToo movement and her aversion to interviews.

“Never,” she replied when asked if she had been sexually mistreated. “I wasn’t like those pretty girls with those nice little noses. Maybe that’s why.”

She acknowledged the power of protests against gender inequality sweeping through Hollywood and society.

“We’re in a strange time now in terms of men and women and the pendulum swinging this way and that way, and it’s going to have to come to the center,” Streisand said during Friday’s Paley Center for Media event held at a packed theater.

Her reluctance to talk to news outlets is based on years of what she called inaccurate reporting, including one story that claimed she has an “awards room” at home dedicated to her Oscars, Emmys and other trophies. But it was the late TV journalist Mike Wallace who came in for the sharpest criticism.

Streisand said that when she was a young star (and before Wallace joined “60 Minutes”), he asked her hurtful questions during a TV interview and she called him afterward to complain. But on a subsequent show, Wallace told viewers who’d objected to his treatment of Streisand that she “loved” the interview, according to the star.

“I thought, I don’t know what date rape is, it’s terrible … but it was such a violation,” she said. “Why lie?”

Streisand said she demands control in her work but only in service to her art that’s included directing, acting and producing TV movies, among them 1995’s “Serving in Silence: The Margarethe Cammermeyer Story,” about anti-gay discrimination in the military.

Murphy (“Glee,” ”American Horror Story”), who admitted to being nervous as he began his one-on-one conversation with the star of “Funny Girl” and award-winning TV specials dating back to 1966’s “Color Me Barbra,” said he owed his career to her.

“People talk about Barbra as the greatest female star. I say, no, that’s not enough,” Murphy said, calling her a groundbreaker for those who don’t fit the mold. “She was a touchstone, a beacon I followed my entire life.

The tribute, which kicked off the 35th annual PaleyFest LA television festival at the Dolby Theatre, was capped by the presentation to Streisand of the 2018 PaleyFest Icon award.

Streisand is a “truly magical artist,” Maureen J. Reidy, Paley Center president and CEO, said of her work as a singer, actress, director and producer.

Streisand also is known for her political activism on behalf of Democratic candidates and issues including gay rights. NVG