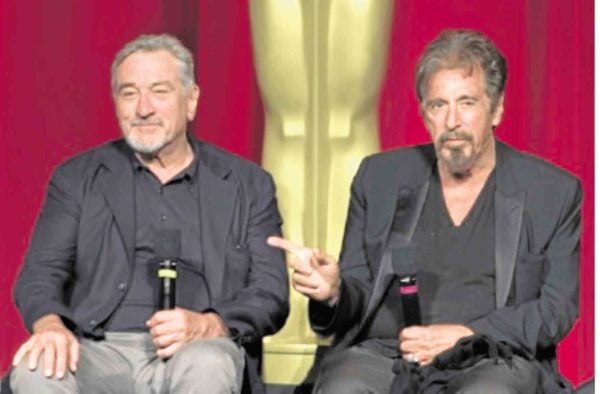 Los Angeles—It’s almost hard to believe that Al Pacino will be 80 in a few years.

At 77, one of the world’s finest actors reunited with his peers, Robert De Niro, 74, and director Martin Scorsese, 75, in Netflix’s big-budget drama, “The Irishman.” The biographical crime film pits Al’s Jimmy Hoffa against Robert’s Frank Sheeran.

Wearing his favorite leather jacket, Al sat down for an interview in which he talked about these interesting projects; his memories of watching movies at 5 years old, then acting all the parts when he got home; and sometimes forgetting his lines in plays.

For a while now, the interesting parts are in television, including your role in “Paterno.” Can you talk about that? You go with the flow. Things go a certain way–they come back again, then they go this way.

Netflix produced “The Irishman,” a movie I just made with Martin Scorsese, Bob De Niro, Joe Pesci and Bobby Cannavale. We did this movie in New York with a lot of freedom.

It felt like how we used to make films. It took eight to nine months to film. It was the same feeling. But only it was done by a streaming services company. 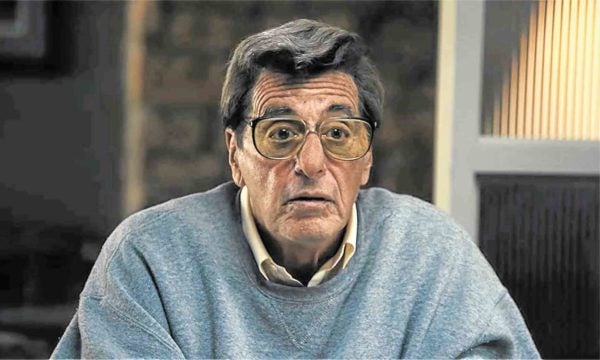 The seasoned actor in “Paterno”

What was it like to be back working with De Niro and Scorsese? It was great to be back with Robert. I love Robert. I have known him for so long. It’s always fun to work with people you trust and know. And of course, Martin Scorsese is a maestro, and he was just a pleasure to be with.

What was the appeal of playing a controversial figure like Joe Paterno? It was an opportunity to play a tragic character, one who got thrown all of these things and has to cope in this world that he’s in, and deal with what has happened.

HBO came to me. I have a relationship with them, and I have done films for them. They thought that this would be something I would be interested in and should do.

That was five years ago. You go through all the incarnations of the project until finally, there were a couple of scripts, then you try to find the right texture and world to go into in order to do this film. It took time. I didn’t think we were going to do it.

I had a conversation with Barry Levinson, who I am very close to.

He wrote the script and the ideas started to flow. We went to HBO, and they said, let’s do it.

The sexual abuse subject is very relevant. But frightening too, in a sense. Yes, and depressing too. It’s disturbing—let’s put it that way—more than depressing.

How have your kids coped with your fame and growing up in the public eye? You ride the slippery slope. I remember once, I told my daughter, “You are going to an acting class. Do something else with your last name–spell it backwards or something (laughs)…if it’s possible, could you just change your name for a while and just see what the world is like?”

There’s a focus on the name. My kids deal with it from time to time. They know they have access to things that they wouldn’t normally have. They are starting to go through the trials and tribulations that all kids go through. They seem rather normal to me.

Do you recall the first time you were in a movie theater? I remember totally when my mother took me to the movies. I was just 5 years old. I remember my mother taking me to see “The Lost Weekend” with Ray Milland. She worked, she wanted to be with her baby, and she wanted to see a movie.

I saw that film and was so affected by it, in a way that I would be when I saw all films that my mother took me to. We didn’t have television so we had these movies she took me to. I would go home and enact all the parts in the movie that I saw. I would play all the roles. I was able to do that at that age.

But at the time, I remember playing the Ray Milland part. I loved the scene when he starts searching the house for booze. I would do that scene sometimes, for relatives. They would say, “Sonny, do the scene from ‘The Lost Weekend.’” 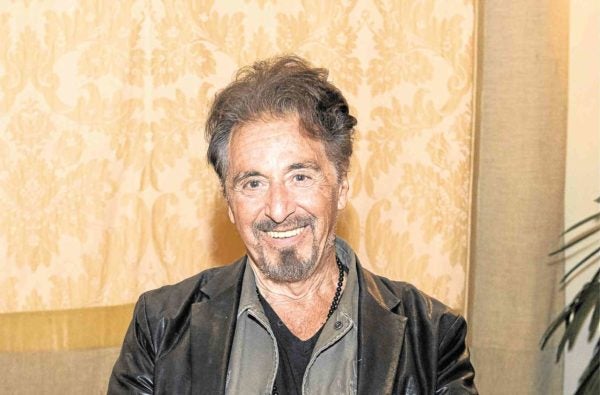 I would do that scene with such intensity of the guy who can’t find the booze. He’s going out of his mind, and he is distraught beyond words. He has to find it.

As I was doing it, my relatives would laugh. I thought, this isn’t funny, why are they laughing?

Have you ever forgotten your lines onstage? I have about 30 stories on that (laughs). I will give you an example. In Shakespeare’s time, they gave the actors eight or 10 lines that they should memorize in case they lost their way with the lines.

I was going through this Shakespeare play. I have done quite a few. I went to someone and said, “My lord so and so…” I was doing “Julius Caesar.” As I was saying it, I knew that I was speaking words from “Hamlet.” I thought, well, what do I do now? I realized that it didn’t matter because the audience didn’t understand what I was saying anyway, so it was fine!

I worked my way back somehow, with double-talk or whatever I was doing. Acting is so amazing when it’s onstage. It’s so different and alive.

I did “American Buffalo” for a year and a half. I walked on the stage. I had been doing it with the same people for a year. And I couldn’t figure out my first line. And it’s a great line—“F**king Ruthie!” I couldn’t remember it.

Now can you imagine my fellow actors standing there looking at me? And I was looking at them. So what do you do? You start improvising. You don’t know what to do, so you just start babbling.

You played Satan in “The Devil’s Advocate.” Are you hoping to play God, too? Give me God to play. I am ready (laughs)! I played the devil. I might as well play God. It’s hard to play the devil, I must say. My Catholic guilt just grabbed me.

But I met a bishop the other day. I said to him, “Sorry about ‘The Devil’s Advocate.’” He said, “No, you are forgiven.” So I was absolved (laughs).