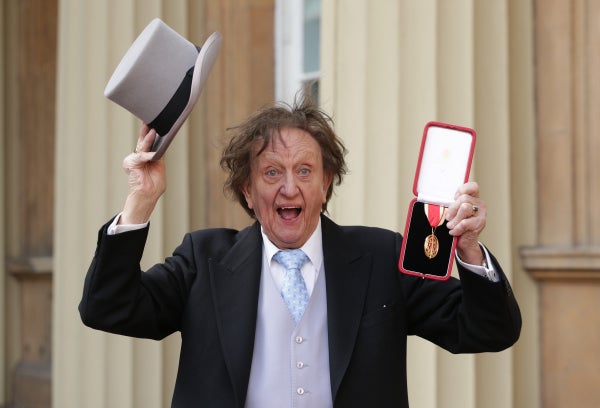 British comedian Ken Dodd, a legendary variety performer known for his unruly hair and buck teeth, has died at the age of 90, his publicist said Monday.

Dodd, from Liverpool in northwest England, won millions of fans with his epic stand-up shows filled with non-stop jokes, in which he brandished his trademark colourful “tickling sticks”.

He made his first professional appearance in 1954 and a decade later made his debut in London’s West End, where he staged a record-breaking 42-week show at the London Palladium.

He drew wider audiences on television and radio, and also released a number of smash hit songs, but continued touring right up until last year.

“To my mind, he was one of the last music hall greats,” said his publicist Robert Holmes.

Dodd, who was knighted by Prince William last year, died on Sunday in the house where he was born, just two days after marrying his partner of 40 years, Anne Jones, on Friday.

He had left hospital on February 27 after a six-week stay for a chest infection.

“He passed away in the home that he was born in over 90 years ago. He’s never lived anywhere else. It’s absolutely amazing,” Holmes said.

“With Ken gone, the lights have been turned out in the world of variety. He was a comedy legend and a genius.”

Dodd’s success drew the interest of the taxman, and in 1989 he endured a five-week trial accused of fraud.

He was acquitted, and later made jokes about it. MKH