Megastar Sharon Cuneta, who seemingly succeeded in her journey towards weight loss, has shared in social media her only two pictures wearing a bikini.

In a recent post on Instagram, the actress-singer showed photos of her clad in a somewhat floral two-piece bikini, displaying her flat tummy. Those photos were said taken when the megastar was in her mid-30’s. 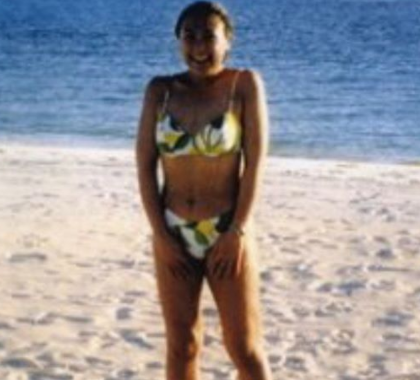 A black-and-white photo, showing her side-angle, even highlighted the megastar’s fit physique. 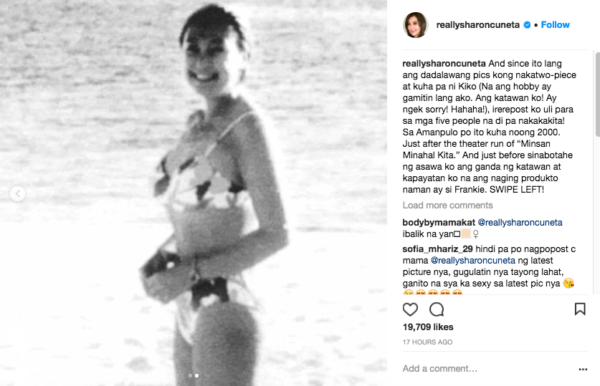 According to her, the pictures were shot by her husband, Senator Francis “Kiko” Pangilinan, while they were in the paradise island of Amanpulo, Palawan in 2000. The vacation was perhaps her break after promoting her hit movie “Minsan Minahal Kita” with ex-boyfriend Richard Gomez.

Sharon said the “end-product” of that Amanpulo trip is their first daughter, Frankie.

Sharon has endured countless body shaming in recent years – bashed for her weight, even as she herself admitted struggling to get back in shape.

But Sharon ushered in 2018 obviously healthier and slimmer, wowing the public.

In February, Sharon and former husband, Gabby Concepcion, were featured in a mini-TV comeback via a fast food chain’s commercial.

Sharon has admitted that her reunion with her former flame has reawakened emotions, but it most importantly had her realize that she is finally at peace with her past.   /kga