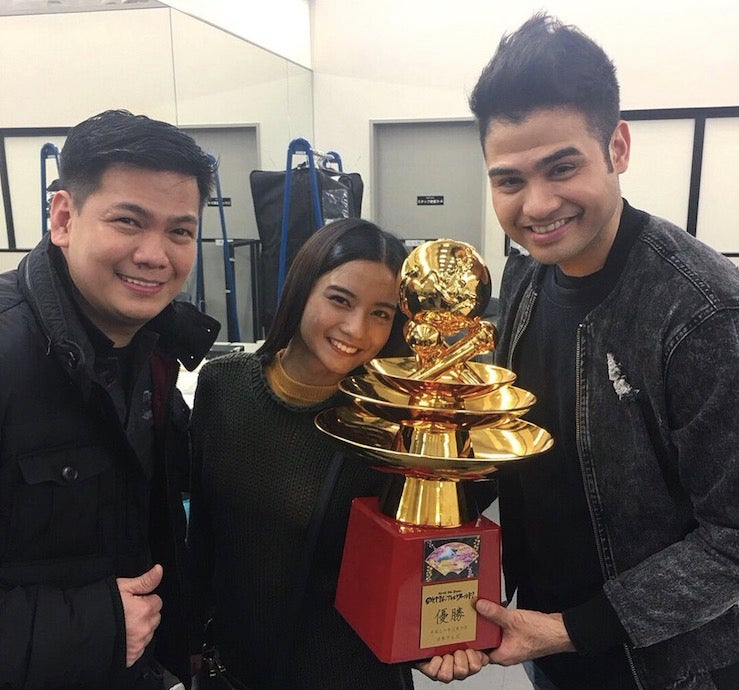 Composed of Michael David Bodin, Bernard Palad and GirlTrends member Krissha Viaje, the team won against eleven other representatives from other countries around the world, with a total score of 997.

The trio sang “Winding Road” by Ayaka x Kobukuro for the first round, then took on “A Song of Small Love” by Mongol800 for the finals. Watch their performances in the videos below.

The first round earned them a score of 499 and praise from tournament chairman Terry Ito. He said the performance was “surprising, fun and done skillfully.”

Viaje also posted several photos of herself with her teammates on her Twitter page. She wrote, “WE DID IT! Philippine All Stars made it! I hope Japan liked our rendition of Winding Road and Chiisana Koi No Uta (A Song of Small Love).” 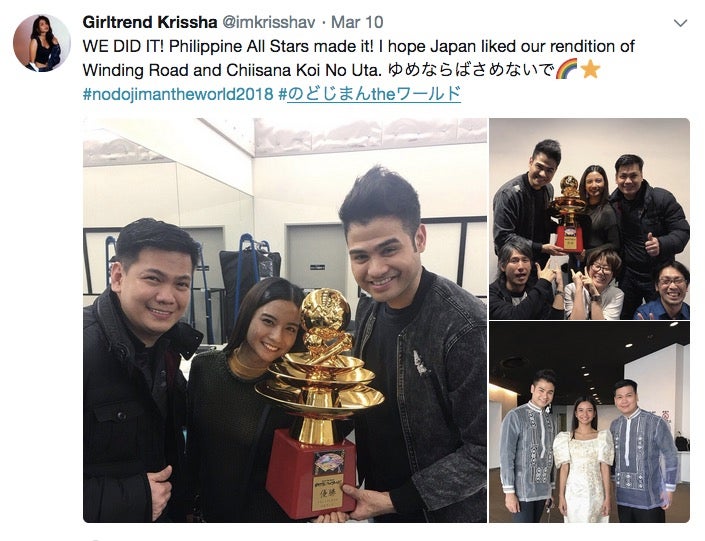 In 2017, Viaje joined and also won in another Japanese singing contest called “I Can Sing in Japanese!”

When not competing, Viaje spends her time as a Star Magic talent and GirlTrends girl group member. She also has her own YouTube channel. JB