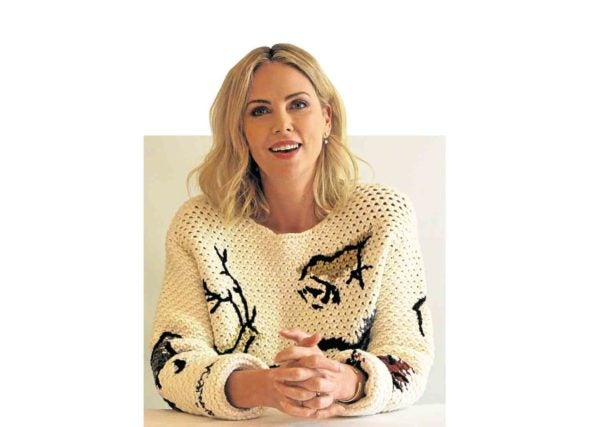 Los Angeles—In our recent interview, Charlize Theron talked about Paris Jackson, the late Gloved One’s 19-year-old daughter, who makes her movie debut in “Gringo,” which the South African stunner coproduces and stars in.

The award-winning actress also chatted about raising her two kids, a son who is coincidentally named Jackson (adopted in 2012) and a daughter, August (adopted in 2015).

“Gringo” is a dark comedy mixed with action directed by Nash Edgerton, the older brother of Joel Edgerton, who also stars along with David Oyelowo, Amanda Seyfried, Thandie Newton and Sharlto Copley.

It centers around David’s character, a law-abiding businessman who finds himself becoming a wanted criminal.

“This is Dior today and I’m grateful for that,” the statuesque Charlize said about her all-white ensemble—sweater and skirt.

“I am now in a spoiled position where they send me lovely things. I happen to be part of the family of a house that I actually respect and admire, and I am a big fan of. So those are big pluses for me.”

“Eleven years,” she said with a laugh about her association with the House of Dior. “It’s been a long time.”

Excerpts from our conversation with Charlize, who is always candid and no-nonsense:

Can you talk about Paris Jackson in this movie? Paris was great. The part was originally written for a young male, but she came in and auditioned for it. She showed up and wanted to read for the part. We were like, “Wow, we didn’t even know that you wanted to be an actor.” But she’s really taking it seriously. 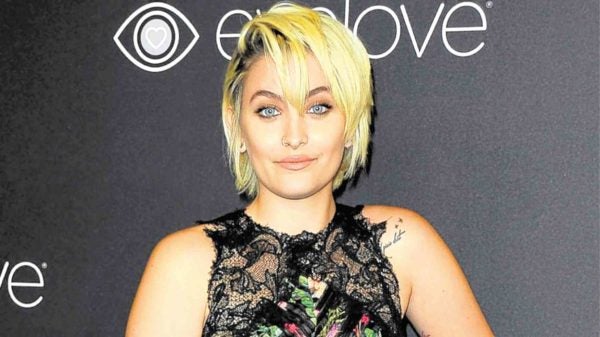 She won the part fair and square. We didn’t just hand it to her because she was Michael Jackson’s kid. She came in and she was willing to work hard. She was on time. She was lovely, and the cast loved her.

What was it like hanging out with the Edgerton boys—acting with Joel and being directed by Nash? I very creepily called up Nash 15 years ago after seeing his “Spider” and said, “Yo, I want to meet you.” And he was brave enough to meet with me.

I saw great promise and potential in him as a filmmaker from that short. We became good friends over the last 15 years. Through him, I got to meet Joel, and we became really close.

They’re like my brothers in a weird way. Many times I had to step in the middle a little bit because Nash…definitely had moments with Joel where he was like…the older brother breaking the younger brother down.

Your character here has a very “creative” use (read: she drops so many f-bombs in one minute) of the English language. She definitely gets her point across. This character is incredibly ignorant and lived for so long in the bubble of this corporate world, where ironically the rules are made by men.

She has been there for so long and has wanted to succeed for so long that she not only started applying those rules to her life but was kind of creating them, as well. She’s very much a product of her own environment.

Once I made peace with that, I could embrace her narcissism and brutality. But I found myself profusely apologizing to people constantly (laughs), throughout the day.

I had moments where I was afraid to eat the food at the catering (laughs) because I might have offended people. 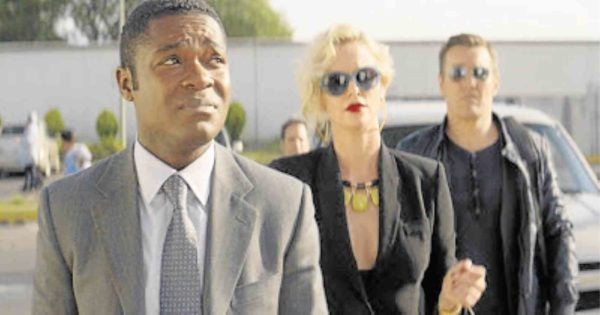 Talk about your journey. You were raised in South Africa, then moved to America, where things are done differently. Yeah. Not thinking that it was different was maybe the smartest thing that I could have done. It boils down to some severe naiveté. But by the grace of whatever is up there, for some reason, it made me not limit, or feel that I had to limit myself. There was a bit of a crazy young invincible energy about me that also made me feel what the alternative was—if I don’t make this work, the alternative in my head was like the end of the world. A lot of that was what drove me.

The dream was always to be able to do this and to not have to be a waiter in order to support myself or pay the bills.

Sometimes, I watch interviews of myself when I was in my early 20s, and I was like, “God—girl, give it a break, just chill out, it’s OK” (laughs). I had such an attitude that I had to prove to everybody that they couldn’t f**k with me.

It’s part of growing up, but I hope that we can eliminate some of that, especially with this new movement we have right now.

I don’t want that for my kids. I want them to grow up not having to placate and prove themselves so much in a room and that they can live and breathe in their skin and take ownership of all of that.

What is life like for you now with two kids? How are they turning out? Kids are born who they are. Parents want to take a lot of credit (laughs)—that’s my kid, I did that. There is a part of that, but I can also see with my kids that they are two very different individuals.

Obviously, they are being raised in the same house with the same rules, but they handle it very differently. One is a little more sensitive and the other is a wrestler.

They crack me up. They are some of the funniest little people that I have ever met in my entire life, for sure. This morning, I was like, “What are you doing?” She (August) walked right up to me and went, “Nothing!” It’s very hard not to laugh. Then, she locked me in the bathroom twice.

I try to nurture them as individuals versus just two children in my house. So, it’s really a journey for me where I just listen a lot. I try to hear what they tell me about who they are and nurture that for them. I haven’t had a nanny in two months (laughs). I want to f**king kill myself (laughs). The timing could not be worse.

But I am very lucky to have their grandmother (her mom), who lives up the road and absolutely loves being a grandma.

I think all of this is for all women, and it’s not just in this industry. All mothers and fathers and parents—the hardest thing is finding balance. I am no different than any other parent out there.

So is this a lighter time in your life? I have always been a happy-go-lucky person. There’s nothing super dramatic. I don’t like drama. I like having a good glass of wine and laughing. That was just how I was raised. I value every day to try and get as much joy out of it.