Is that Ellen Adarna’s engagement ring? 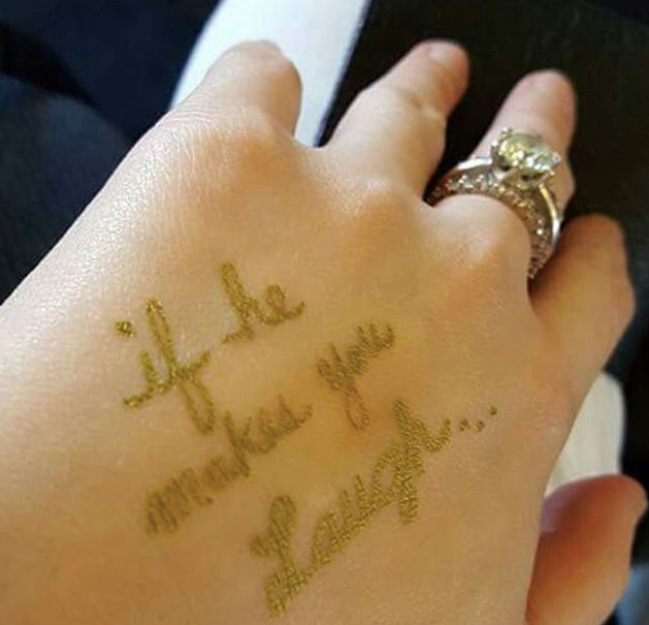 With relationship rumors first, then pregnancy gossips next, and now a wedding buzz, sexy actress Ellen Adarna keeps on making nosy netizens coming back for more. With her every move magnified, online residents could not help but notice every single thing, even what they think is her much-talked about “engagement ring”.

She may have been absent on television for a while but her exposure and societal presence never ceased. After her unapologetic social media posts, she suddenly decided to shut down her Instagram under the handle @maria.elena.adarna and reportedly made a private carrying the name @emg.a. However, there were still other fan pages that seemed to be updated on the

whereabouts of the actress and her rumored partner, actor John Lloyd Cruz. One of these is Instagram account @ellenmgadarna which uploads photos and videos of the actress with her crew.

Among the recent posts on the said page are close-up shots of a huge diamond ring wrapped around her finger.

A note was also written on the hand believed to be Adarna’s which reads: “If he makes you laugh…”

Netizens were quick to think that it might be just the rumored engagement ring that Cruz allegedly gave Adarna. 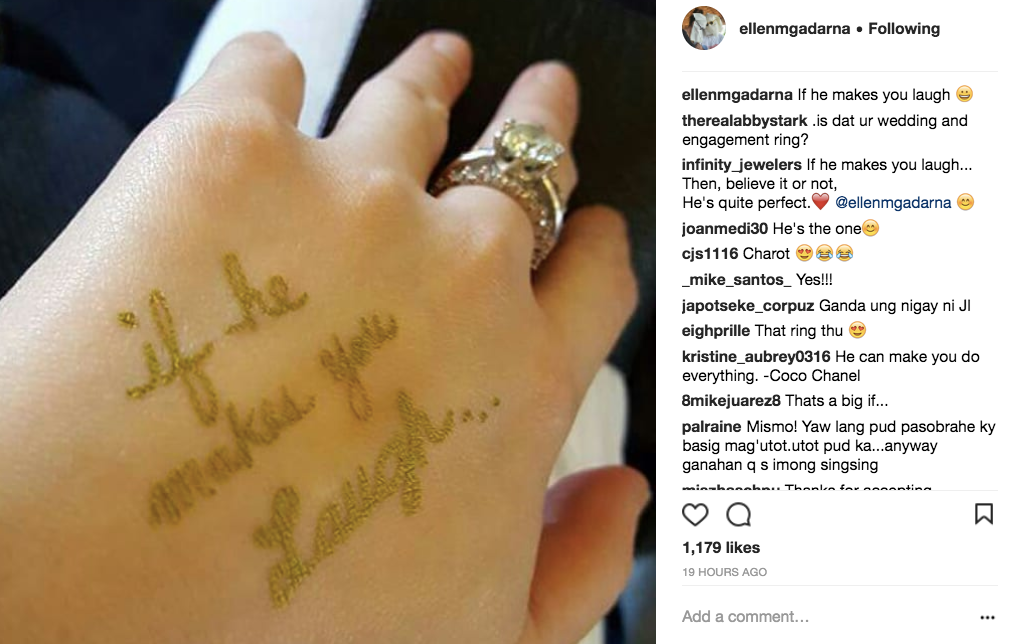 Another post again seemed to have the ring as it centerpiece. The photo included books she was reading but the netizens mostly focused on the huge ring

The two however have remained silent on their relationship. They have also abruptly vanished on television following Cruz’ indefinite leave from ABS-CBN.

Noticeably, some even tagged Cruz’ ex-girlfriend Angelica Panganiban in their comments.  Was it really her engagement ring?         /muf 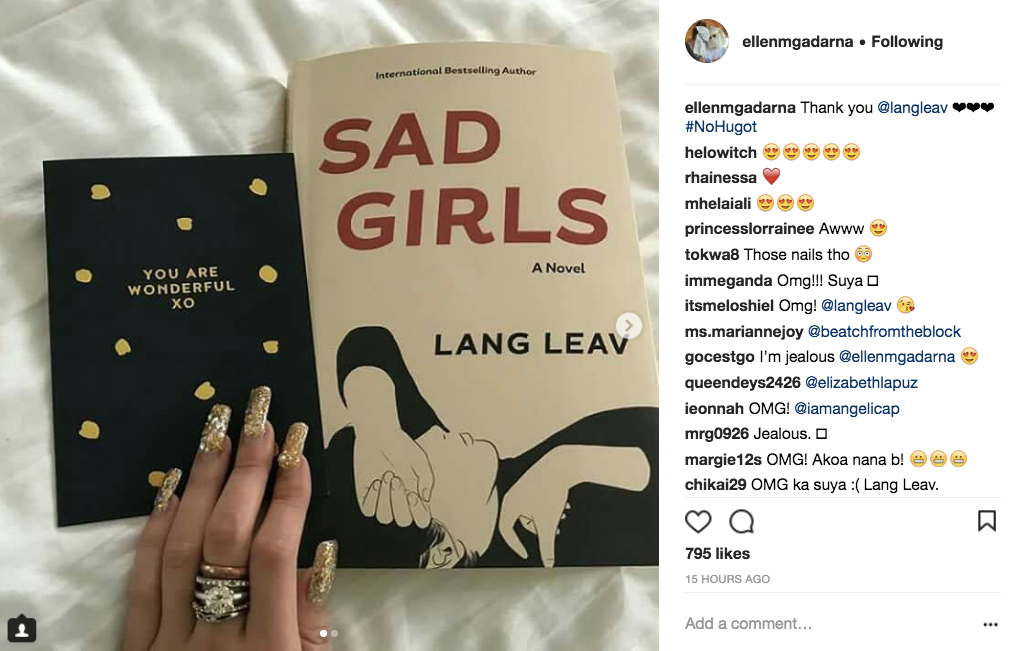