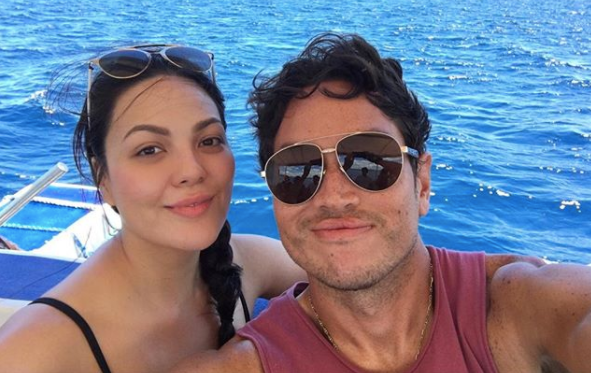 KC Concepcion’s first post of the year on Aly Borromeo was vague on the status of their relationship but still seemed to be one of love.

She shared a picture of them laughing together, taken for a November 2017 magazine feature.

Despite the cheery mood of the photo, the tone of her caption was sentimental. “If the stars choose to align us together again in the future, then why not? Who knows what will happen then.

“Timing is everything. As for me, I’ve decided to fully support him at the same time move on and spread my wings,” she wrote.

The former Azkals captain’s social media account has remained mum on their status. However, he told the Philippine Entertainment Portal the day before that they were “getting to the next level.”

He said marriage could happen in the future, but both were focused on their careers, particularly with their respective business projects.

The professional footballer also described his relationship with her and her family fondly: “What is important is KC and I have a good relationship, and our communication is always very good.”

Concepcion first revealed their relationship in 2016. Speculations that they were on the rocks buzzed in 2018 as netizens wondered why there was a lack of social media updates. Their last posts together on Instagram were from late 2017, though they still follow each other on the photo-sharing platform.  /ra

Aly Borromeo denies breaking up with KC Concepcion: ‘We have a good relationship’

Are KC Concepcion and Aly Borromeo still together?